Travel tech startups are hot and attracting record financing as they take on lodging, consumer booking (for flights, hotels, etc.), fare alerts, and much more in the broader travel category.

Just two countries — the US and China — have accounted for the majority of dollars going to travel tech, as seen below. In fact, the China and US share of global travel tech funding dollars has grown in recent years, shooting up from 59% of dollar investment in 2013 to 74% in 2015 through 12/24/15.

Using CB Insights data and analytics, we analyzed geographical trends domestically and internationally with deal and dollar trends across top countries and states. 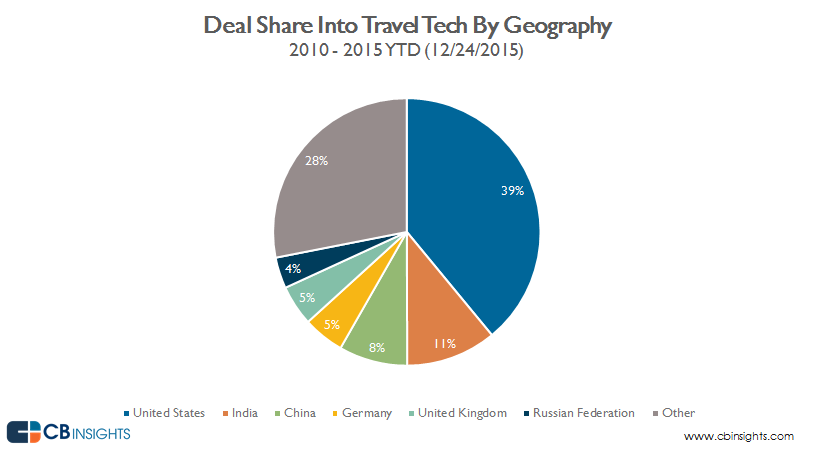 US startups also led in terms of dollar share, receiving almost 40% of global dollar funding to travel tech between 2010 and 2015.

Despite only receiving 8% of deal share, China took 32% of dollar share, indicating that although there were less deals in China than in India and the US, they were relatively large financings. Two large Chinese travel tech rounds that stand out are the $300M Series D to TuJia Online Information Technology in June 2015, and Mafengwo, which raised an $85M Series C in March 2015.

Dollar share for travel startups in the United Kingdom, India, Germany, and Brazil ranged from 3% to 6%, as seen below. 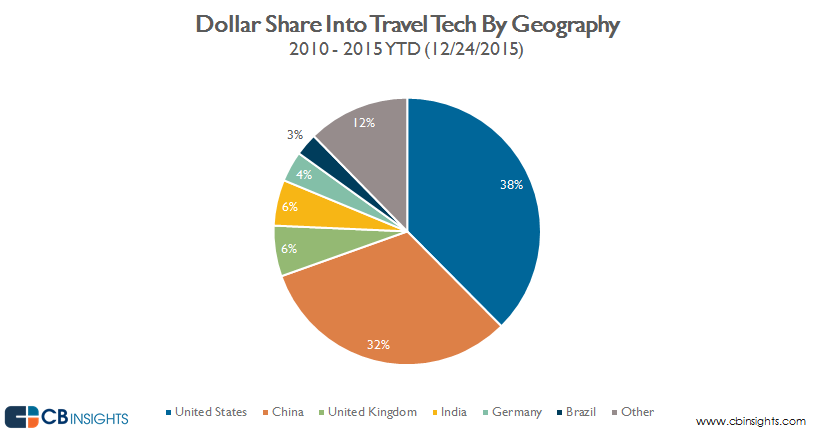 China has seen enormous growth in dollars put to work in travel tech startups. China went from 0% of global dollar share in 2010, to 32% in 2013 (surpassing the US) and has tied the US in 2015 at 37%. As noted above, given that China has less travel tech deals than the US, this is indicative of the large financing rounds occurring in China. 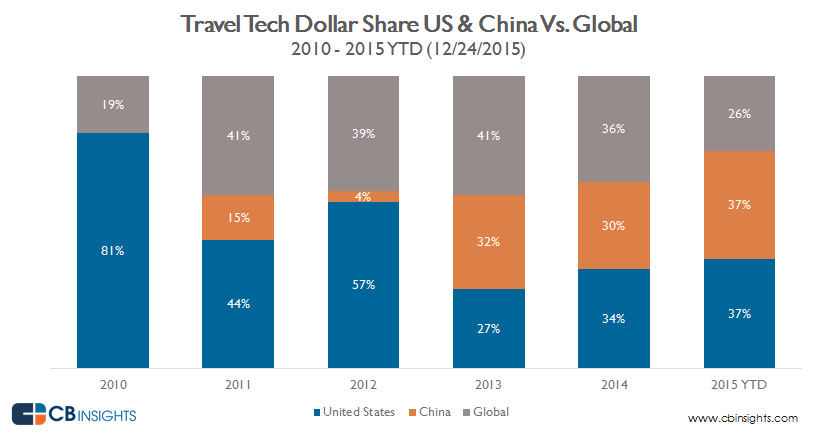 Deals by top country and state

The US, India, and China were the countries that have received the most deals since 2010. 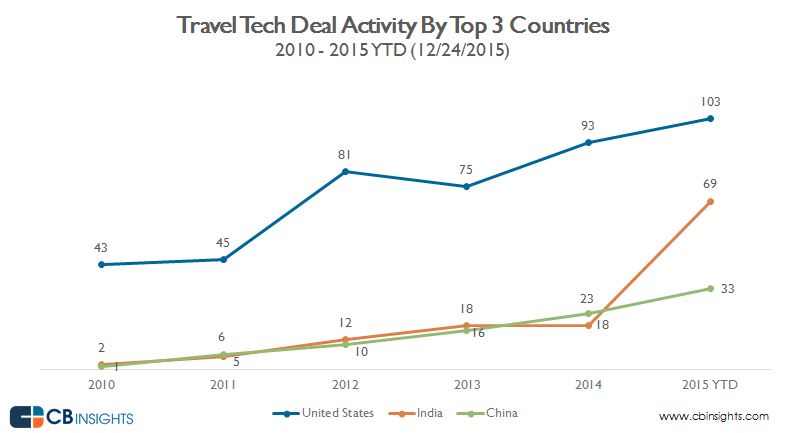 Unsurprisingly, California has received the most deals since 2010, followed by New York, and Massachusetts. 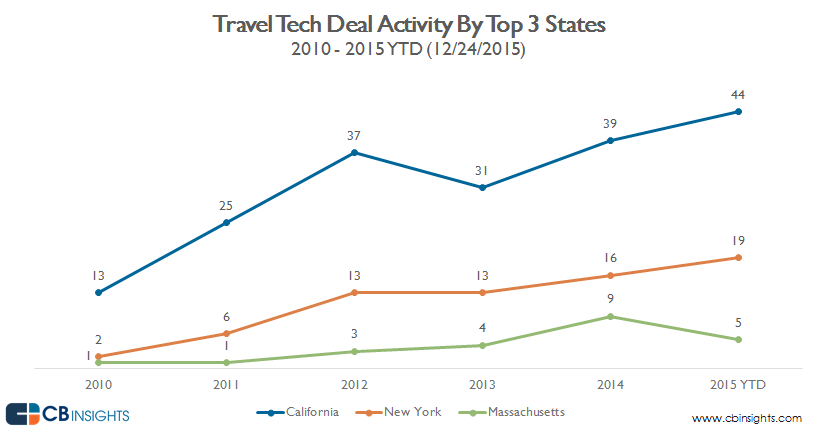