Research Brief
3031
Travel tech deal activity goes global with 67% of deal share taking place outside of the US market.

In the first two quarters of 2016 travel tech startups raised almost $1.5B across across 141 deals. An increasing number of deals are moving overseas, as 67% of deals are occurring outside the United States in 2016 year-to-date.

We used CB Insights data and analytics to dig into the data surrounding travel tech investment trends, including deals and dollar breakdowns, deal share by top countries, and most well-funded companies.

The travel tech space saw the third-highest deal count by quarter in Q2’16 (despite a 35% decline in funding). Travel tech startups raised $587M across 73 deals in Q2’16 representing a 7% jump in deal activity over Q1’16. 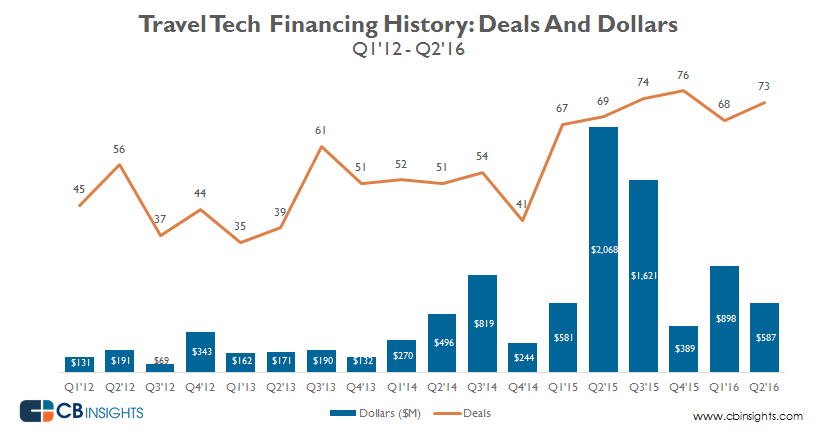 Deal share by top country has shifted over the last 5 years. 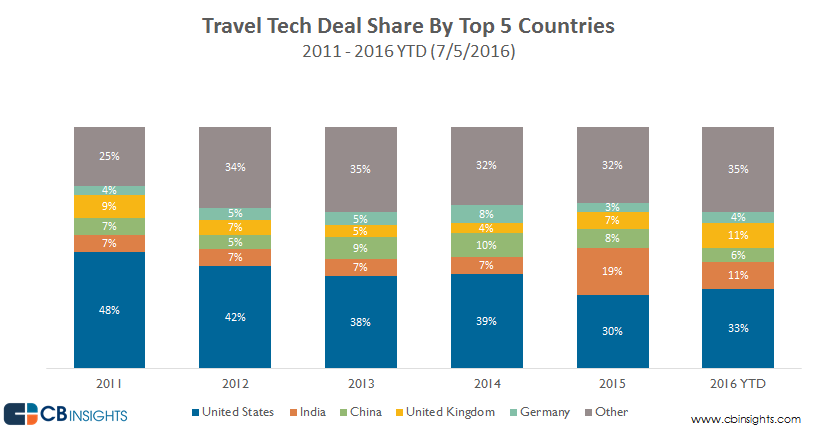 AirBnB is by far the most well-funded company on the list having raised more funding than the rest of the 9 companies’ total funding combined ($3.2B).

The aforementioned mobile flight booking company Huoli is the new startup to enter the ranks of the top 10 most well-funded travel tech startups . Additionally, the list includes notable unicorns like Asia-based TuJia and South America-based Decolar.