There was a pull back in Q3'16, however. Skyscanner has raised the most money of all of Europe's travel tech startups.

Funding dollars to travel tech startups in Europe grew 150% in just under five years, from 2012 to 2016 year-to-date (10/17/2016). So far this year, investors have put roughly $526M into these companies, already an all-time high, and deals are on pace to hit a five-year peak through the end of the year.

However, despite the overall peak in funding as a result of deals in the first two quarters of this year, lower deal and dollar amounts in Q3’16 signal that investors may be pulling back.

The UK, Germany, and France saw the greatest number of deals in travel tech in Europe between 2012 and 2016 year-to-date. The same three countries also saw the largest share of dollars invested in the space within Europe.

Scotland-based company Skyscanner, valued at $1.6B, has raised more money than any of Europe’s other travel tech startups, at $197M. Rounding out the top three for funding amounts are the price comparison and travel booking companies: GoEuro ($146M raised) and GetYourGuide ($96M raised).

Funding to Europe’s travel tech startups is already at an all-time-high for the year through 10/17/2016. At the current run rate, deal volume through the end of 2016 is projected to come in at about 25% above last year’s total. 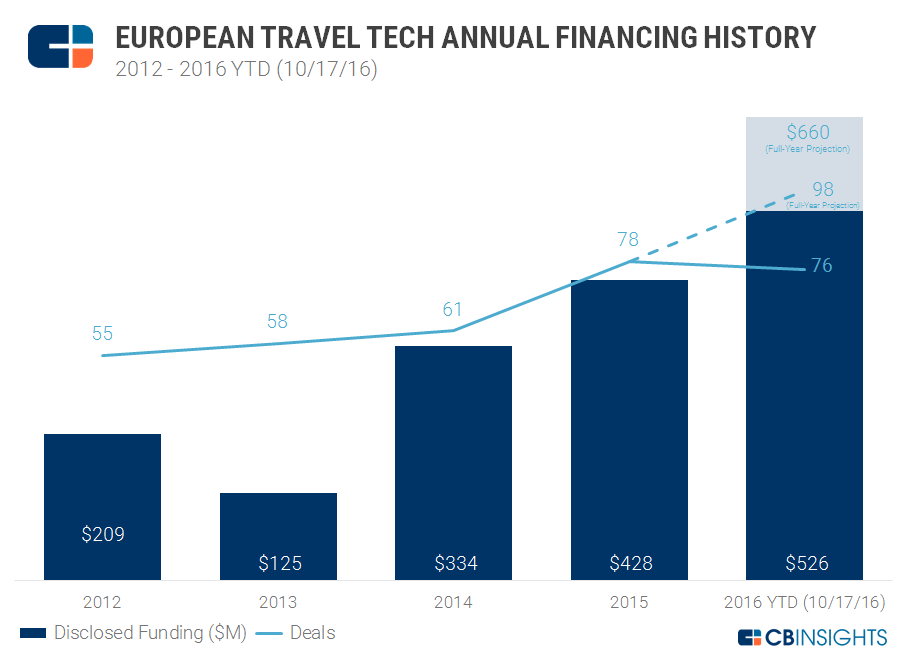 Looking at quarterly funding to Europe’s travel tech startups shows that dollars and deals are trending down in the 2nd and 3rd quarters of 2016. In fact, the boom in funding in 2016 is primarily due to a stand-out first quarter this year, and a relatively strong Q2. Q3’16 saw both dollars and deals drop. 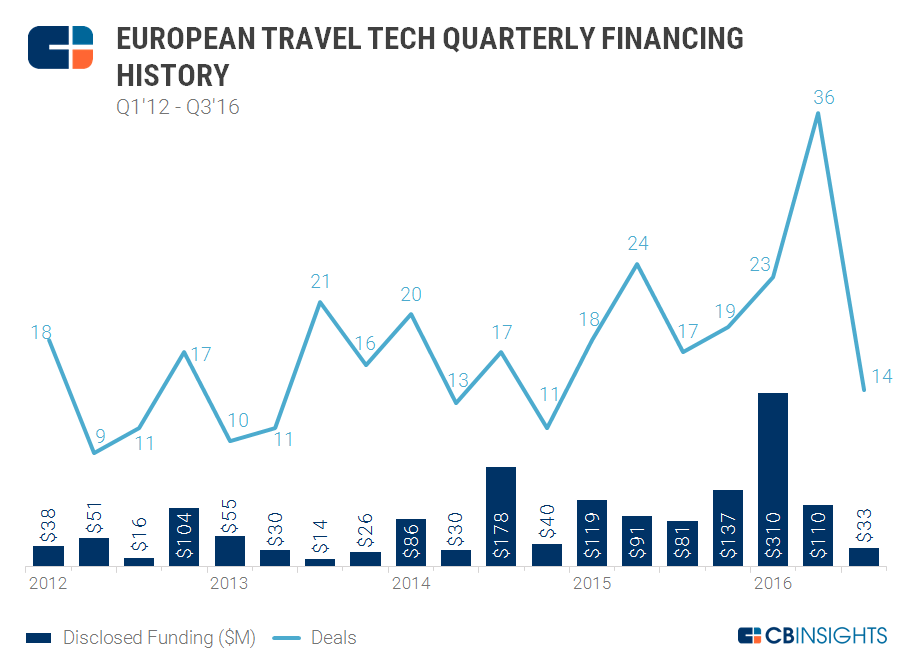 Dollars and deals by country 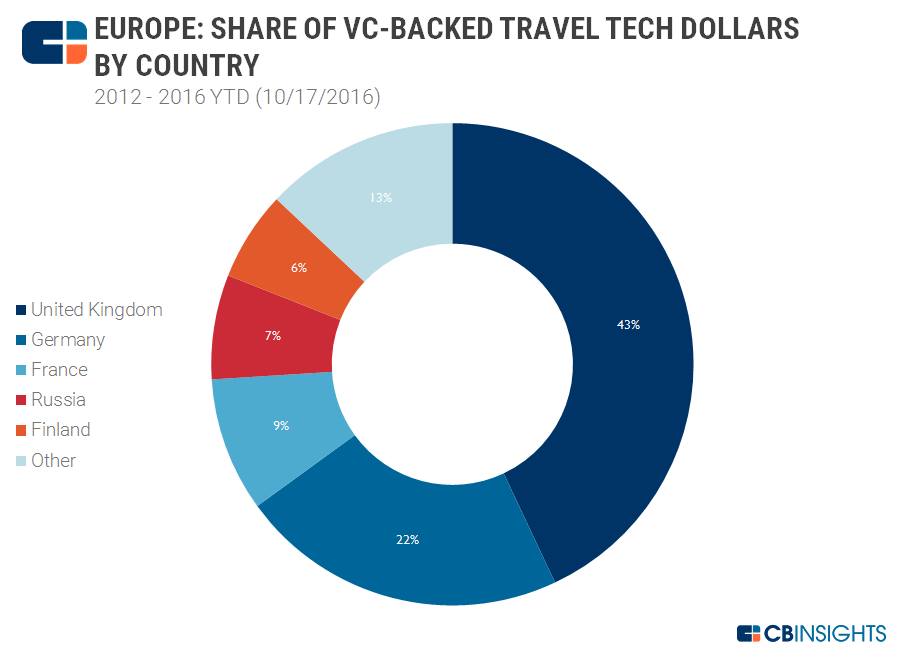 Want more data on European startups? Log in to CB Insights or sign up for free below.