Research Brief
2341
Tencent, Google Ventures, and BMW are among the most active corporates and CVCs.

Overall investment into travel tech skyrocketed in 2015, with $5.2B in funding raised across 348 deals to private companies in the space. As travel tech booms, corporate investors — including Tencent, Google, and BMW — are taking note.

When taking a more granular look at the investment total, we see how corporate involvement has grown. The amount of dollar funding that involved corporates and corporate venture capital groups more than doubled in 2015, and the count of deals with their participation increased 29% year-over-year.

We used CB Insights data and analytics to dig into financing history, deal and dollar share, and the most active corporates and CVCs investing in the travel tech sector. 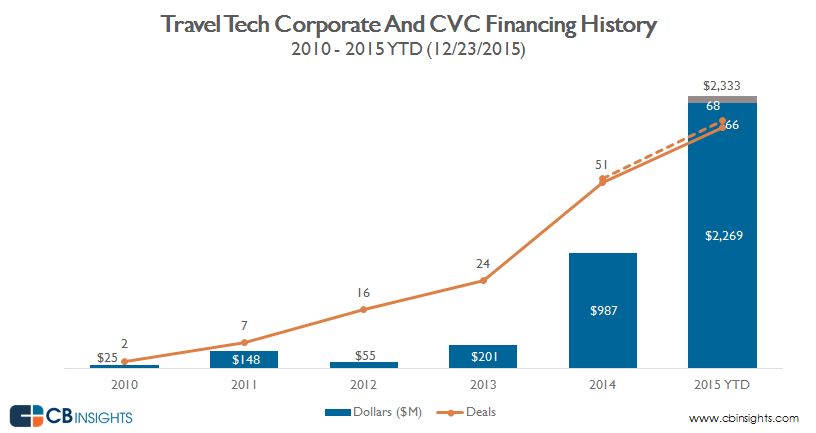 The quarterly pattern shows just how much funding jumped in the most recent quarters. In Q3’15, the financings participated in by corporates reached an all-time high of $1.2B in funding. It’s worth noting, funding involving CVCs and corporates for Q3’15 was buoyed by the $967M round in LY.com. The second-highest funding total was reached in Q2’15, when there was $535M in funding involving corporates.

On a quarterly basis, 4 out of the last 5 quarters have each seen more than 14 deals involving corporates, with Q2’15 reaching a record high of 25 deals. 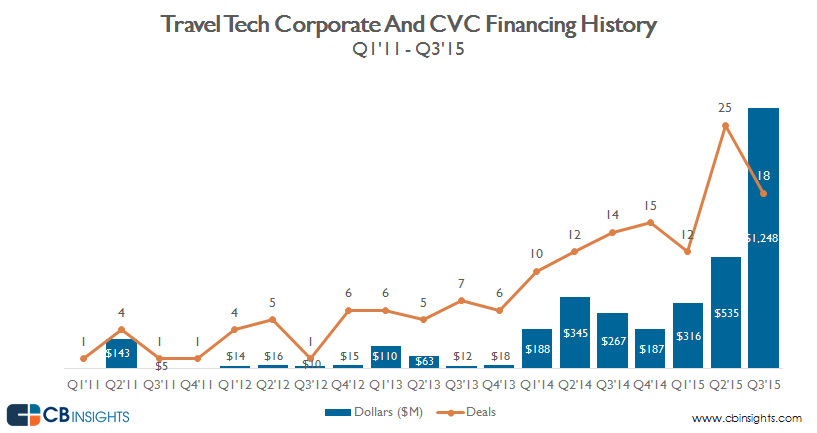 Since 2010, 47% of travel tech deals involving corporate investors have been early-stage deals (Seed/Angel or Series A), while 32% were mid-stage (Series B and C), and 6% were late-stage deals (Series D+). The majority of deals in the “other” category were corporate minority investments such as Expedia’s stake in Decolar. 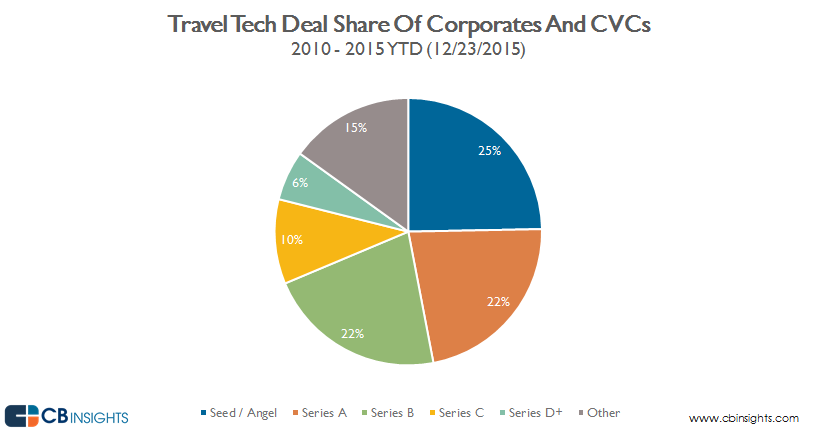 Travel tech deals by dollar share skewed toward the “other” category. Mid-stage deals were the second-largest drivers of dollar share after “other.” 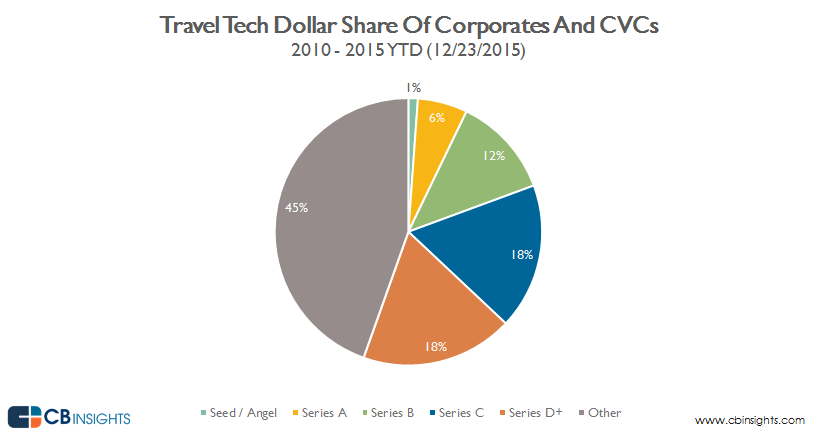 Tencent was the most active CVC or corporate investing in travel tech startups. Some of their investments include Chinese booking services LY.com and lvmama.com, among others. The next spots were taken by Concur, followed by a two-way tie for the number 3 spot between Recruit Strategic Partners and Google Ventures, see below.

Want more data about travel tech? Login to CB Insights or sign up for free below.