However, the company and its research arm has already been actively ramping up private markets investment. We used our social graph tool to break down Toyota’s startup bets to date (7/13/2017).

Click the image to enlarge. Each green line signifies one financing round, while a red line indicates an acquisition. 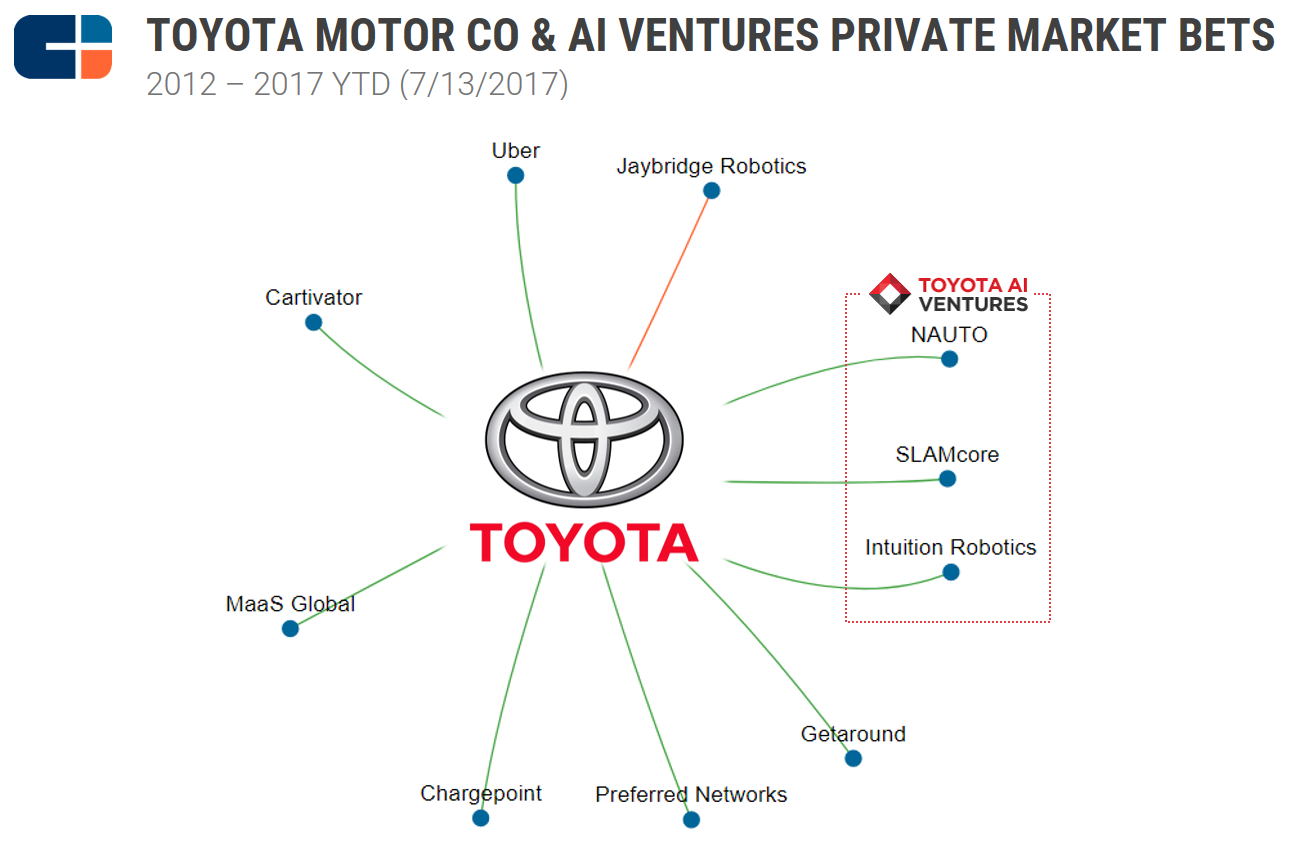 We also used our database to extract a few insights from Toyota’s deals:

Want more data on auto tech and corporate VC activity? Log in to CB Insights or sign up for free below.