Research Brief
1925
FitBit's IPO marks the third billion-dollar exit of a venture-backed wearable-tech company since the start of 2014.

FitBit’s IPO today represented a huge win for its venture capital investors including True Ventures (22.9% pre-IPO stake), which notched its first portfolio IPO ever, Foundry Group (28.9%), SoftBank Capital (5.6%), Felicis Ventures (less than 5%) and others. How huge?

According to CB Insights data, FitBit‘s IPO ranked as the top venture-backed wearable exit at its offering price valuation. At $4.1B, FitBit’s IPO was 32% larger than GoPro‘s. GoPro was backed by US Venture Partners, Walden International and Steamboat Ventures. 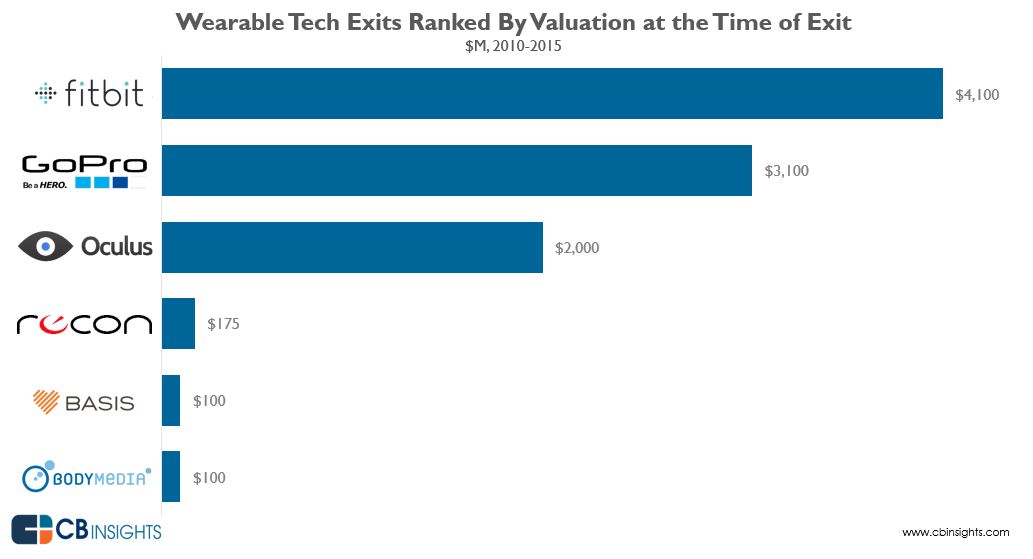 For more data on the wearables space, check out the CB Insights Venture Capital Database. Sign up free below.