Research Brief
3275
Some VCs find themselves in the biggest exits more often than others. Sequoia, NEA, and Accel were in the top five in both periods we studied.

Which venture capital firms are seeing the most big exits, and how are those names changing with time?

We analyzed the top 100 tech exits by valuation over two separate periods using CB Insights data. The first period covered Q1’09 to Q3’12, and the second period starts in Q4’12 and ends in the most recent quarter, Q2’16. Both periods are equal in length, containing 15 quarters.

We compiled a list of investors with at least six of the top 100 exits in each period, and ranked them according to how many of these exits they were involved in.

When analyzing the rankings, a few interesting points emerge:

Here are the full lists of the VC investors with at least 6 of the top 100 tech exits during these time periods: 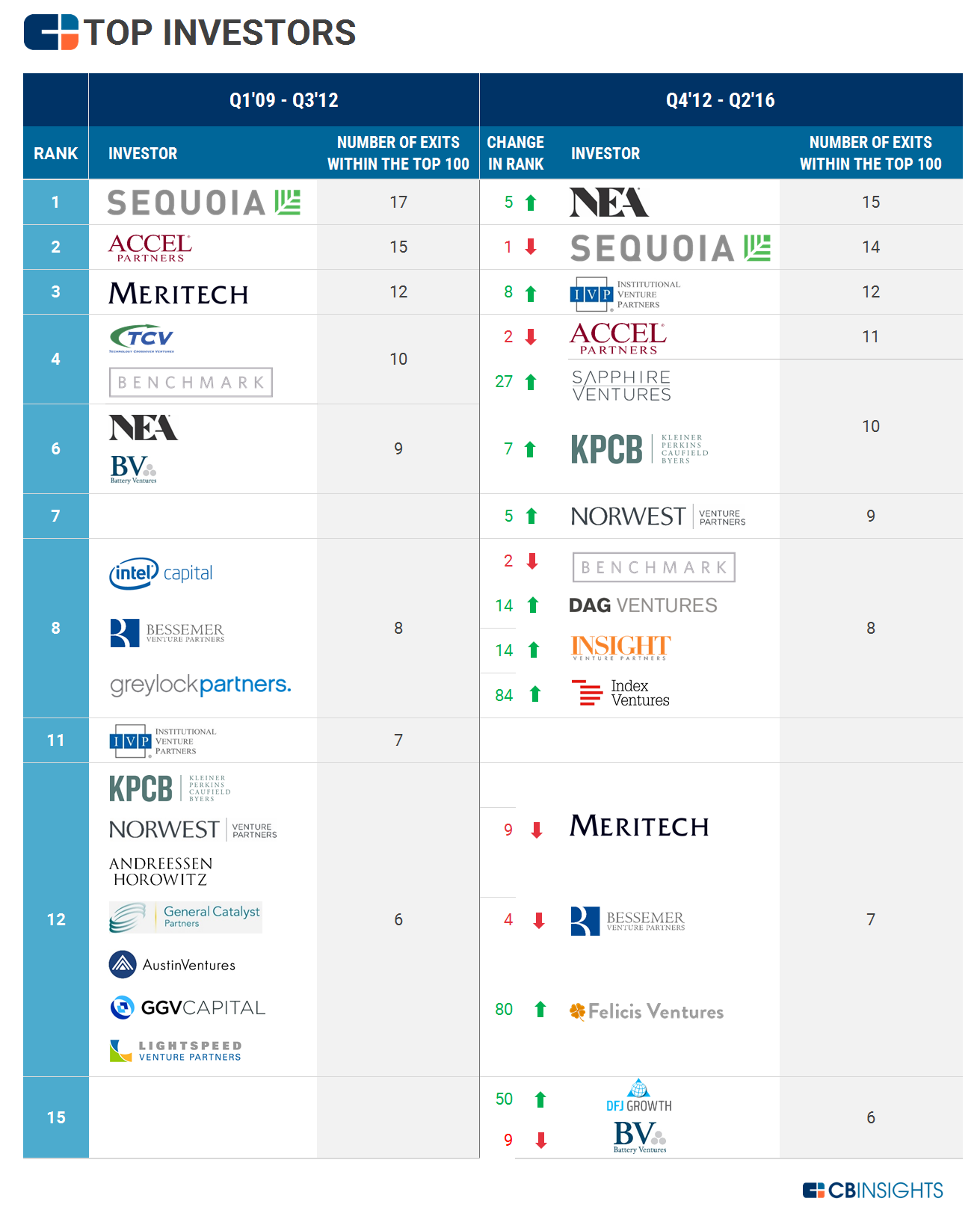 Want more information on the top exits? Check out our private company database below.