Immunotherapy draws the lion's share of attention from top VCs, but startups focused on other types of cancer therapies, such as protein targeting, are also starting to gain recognition.

The top VCs in healthcare have played an active role in shaping emerging fields in cancer therapeutics.

Using the CB Insights platform, we compiled a list of 27 investors that, according to portfolio strength and exit history, are the best-performing VCs in healthcare.

Since reaching its peak in 2015 with 51 deals, smart money VCs’ participation in cancer therapeutics has been slowing down, evidenced by two consecutive years of decreasing investments in this space. 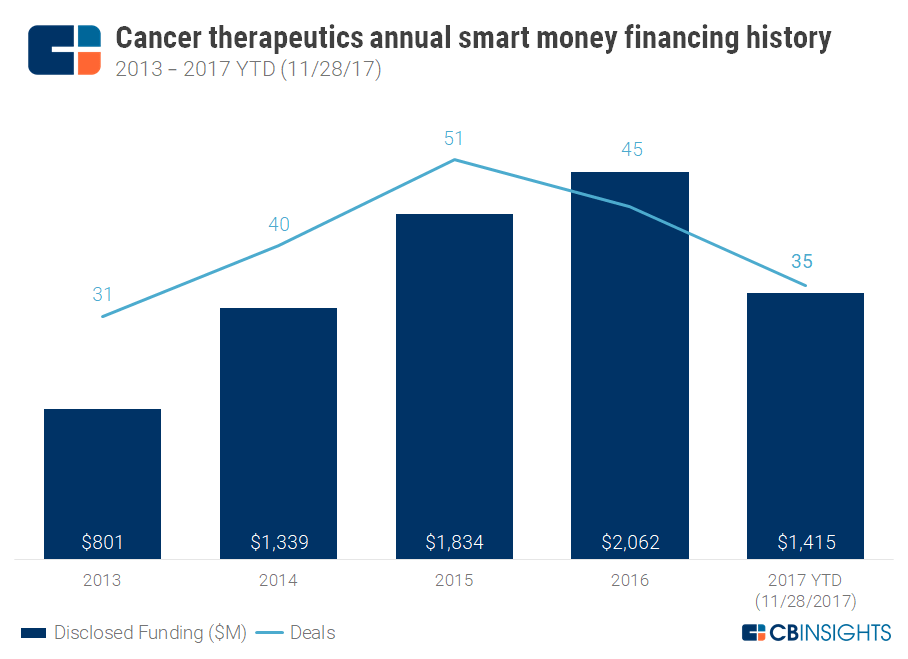 We used the CB Insights Business Social Graph to visualize how these smart money VCs and cancer therapeutics startups are linked, looking at investments from 1/1/15 to 11/28/17.

Click to enlarge the full graphic below. Each green line symbolizes one investment round. 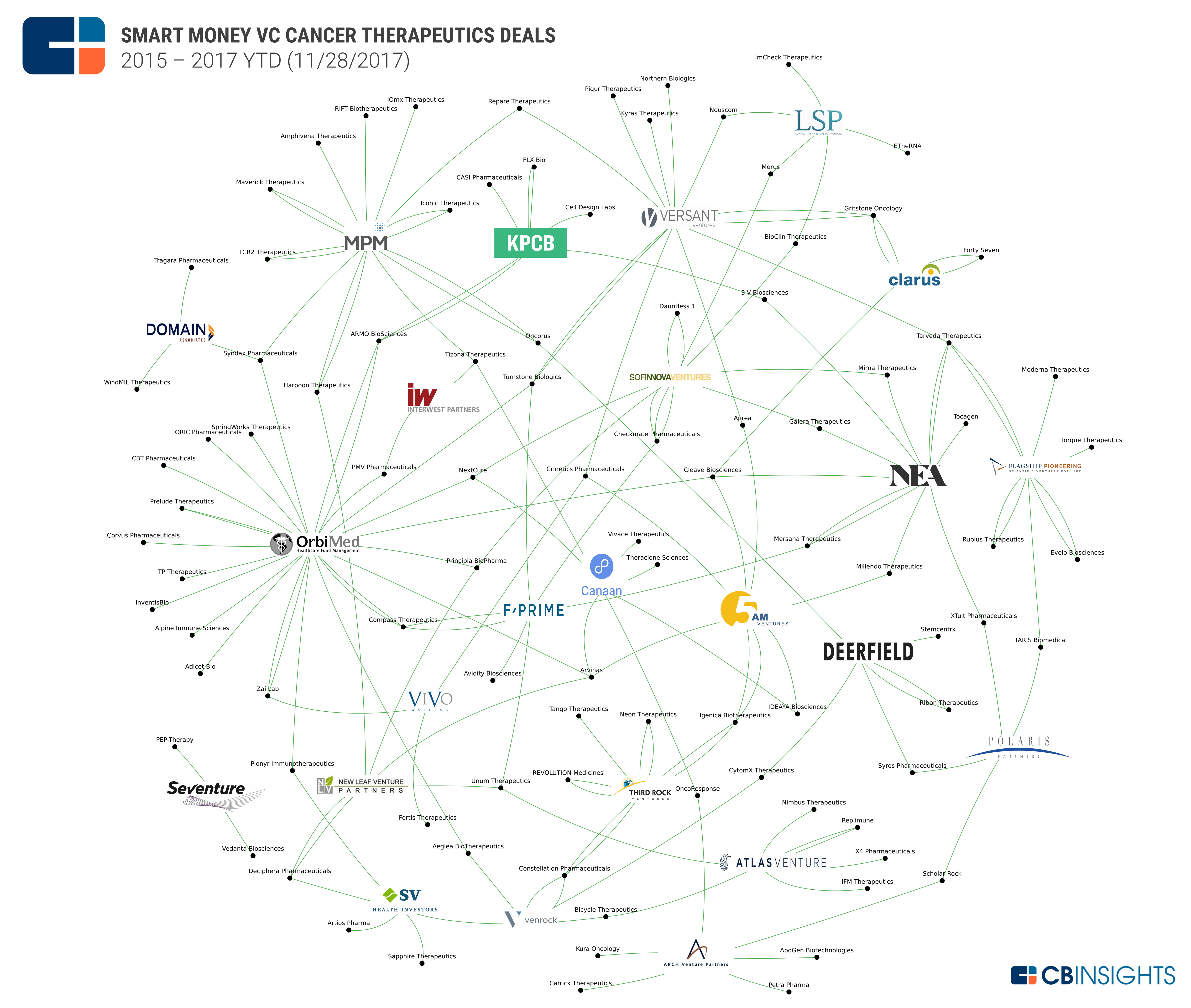 Leading trend: Immunotherapy deals account for 62% of cancer therapeutics deals invested in by smart money VCs. This is consistent with the overall trend in cancer therapy, where immunotherapy has taken center stage.

Key non-immunotherapy deals: Cleave Biosciences and Arvinas both had 4 out of the 27 smart money healthcare VCs invest, the most in this space. With products that target key proteins that cancer cells need to survive, these two startups buck the overall trend tilted toward immunotherapy. 5AM Ventures and OrbiMed Advisors invested in both companies.

Biggest investors: OrbiMed Advisors invested in over 25 cancer therapeutics deals worth $1.2B over the time period. MPM Capital invested in over 15 deals, while New Enterprise Associates followed with more than 10. These 3 investors have been the most visible in this space in the recent years.

Co-investments: 39% of cancer therapeutics deals invested in by smart money VCs were co-investments involving 2 or more of these investors.

Follow-on deals: Nearly 28% of these smart money investments were follow-on deals. Third Rock Ventures invested in follow-on deals for 4 out of its 5 cancer therapeutics companies that it initially backed. Clarus did this for 2 out of the 3 companies it financed in this space.

No investment activity: Khosla Ventures has no investments in cancer therapeutics. Founders Fund hasn’t participated since Stemcentrx‘s $200M Series F round in May 2014. Alta Partners’ last financing in this space was in September 2014 to antibody-developing Allakos‘ $10M Series A -II round.

Note: To analyze smart money trends, we looked at the activity of 27 top VC firms investing in healthcare, selected according to portfolio valuations and investment outcomes.

Here’s our full list of 27 smart money investors in healthcare: