Despite a perception that food delivery is overcrowded, smart money VCs are still active in the area. Deal activity saw an uptick in Q1'16.

Collectively, the top two-dozen VCs participated in 5 food delivery deals worth over $330M in Q1’16, up from just 2 deals in Q4’15. The rounds they participated in represented over $300M in dollar funding, a quarterly record for deals with smart money backing.

This is despite worries over the food delivery market being overcrowded, and smart money-backed startups running into a bit of turbulence, including Good Eggs (which scaled back operations) and Door Dash (which raised a round with share price declines).

Note: For more on how we selected our 24 smart money VCs, please see the explanation and full smart money list at the bottom of this post.

As mentioned above, Q1’16 was the peak for the value of deals with smart money participation, at $332M. This was due to 2 mega-rounds in the quarter, a $150M round to BigBasket and $127M to DoorDash.

There were 5 deals involving smart money VCs in the quarter, which is below a recent peak in Q2’15 of 8 deals, but more than twice as much as the 2 deals seen in Q4’15.

Deal count peaked in Q2’14 at nine smart money deals into the space, though the deals were markedly smaller. Six of the last 9 quarters have seen 5 or more smart money VC-backed deals into food delivery. 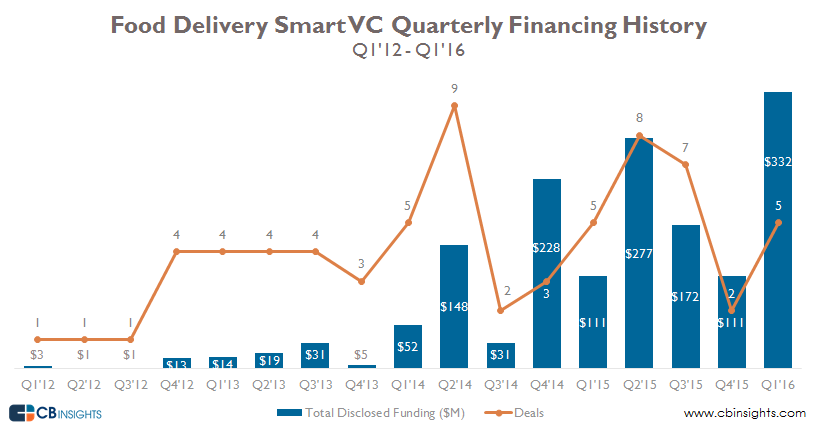 In annual terms, VC food delivery activity has increased every year since 2012, in both deal count and size.

This year so far, smart money VCs have funded eight food delivery startups and participated in two mega-rounds, to BigBasket and DoorDash. 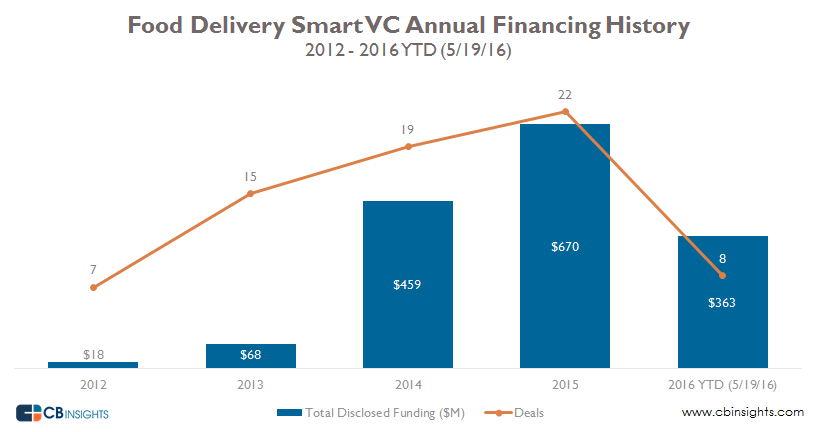 Smart money investment into food delivery has shifted toward later-stage startups each year since 2012.

The proportion of seed/angel deals decreased from 57% in 2012 to zero in 2016 year-to-date. Our data also shows that each year, smart money VCs have trended toward later stage food delivery deals. Over 30% of 2015 deals were Series C or later, up from zero in 2012. 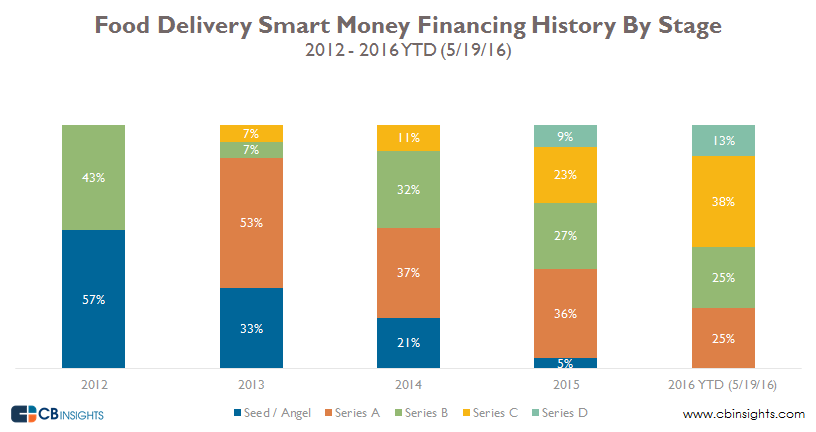 We can see Accel Partners has funded the most food delivery startups, followed by Andreessen Horowitz. Most names on our list support at least two to four food delivery plays, and only a few have stayed on the sidelines.

DoorDash is the most popular investment target — four smart money VCs have invested in DoorDash, and all of them have doubled down with participation in more than one investment round. 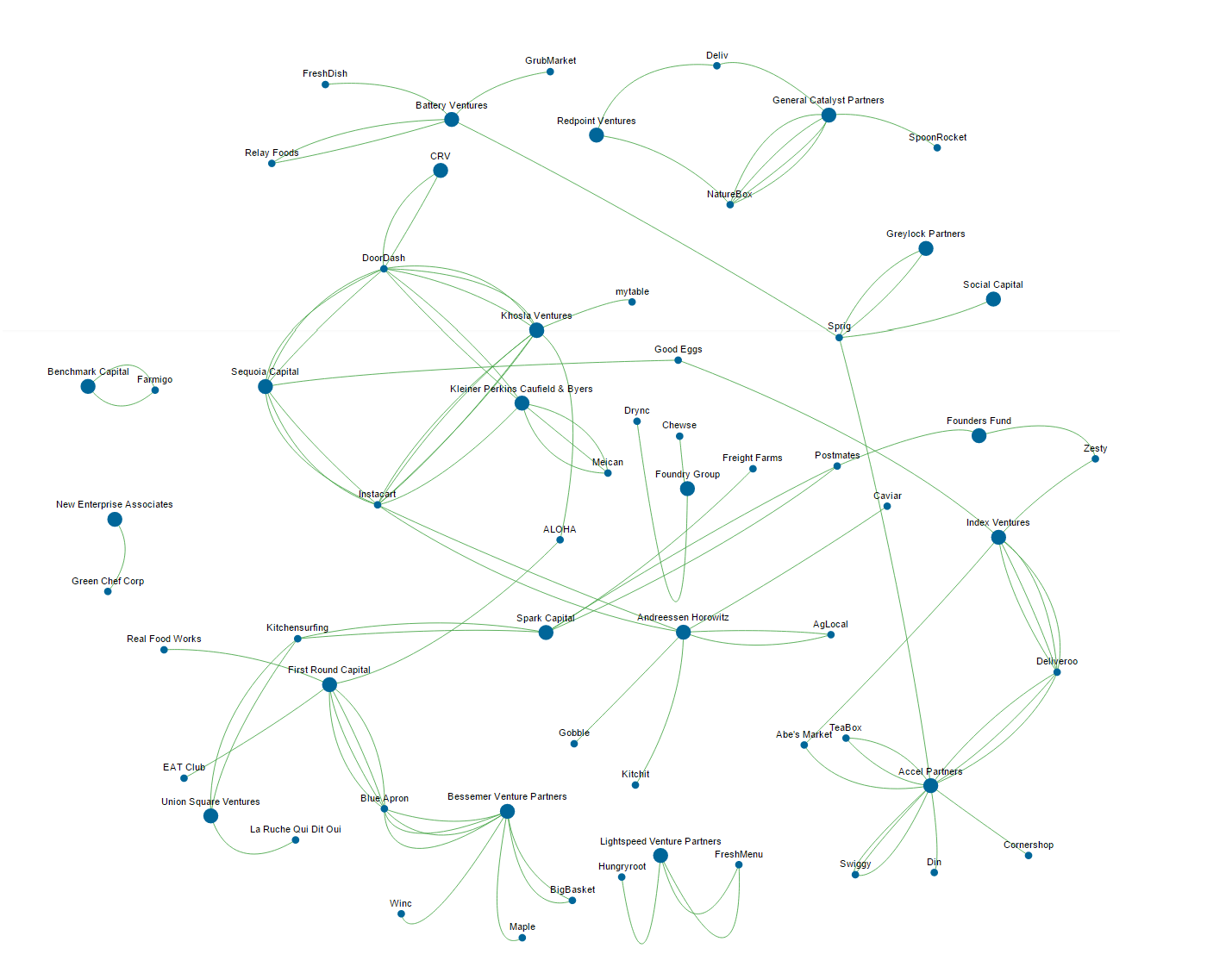 Want more data about smart VC financing trends? Login to CB Insights or sign up for free below.