Driven by increases in biotech investing, Google is the most active healthcare investor among US-based tech corporates.

Tech companies have set their sights on healthcare investment opportunities.

The healthcare landscape is increasingly shifting from fee-for-service to value-based care. Healthcare startups have reached unicorn status in areas such as health insurance, electronic medical records, telemedicine, and biotechnology. Over the last few years, large tech companies have entered the healthcare sector, increasing internal R&D and private market activity in the space.

For instance, Amazon recently entered the pharmaceutical distribution sector with its acquisition of PillPack. Meanwhile, Google has increased its stake in health insurance startup Oscar Health to 10% with its recent $375M investment.

Below, we compiled a list of the top 10 tech companies in the US by market cap (as of 9/6/18) and analyzed their private healthcare market activity.

The companies on our list include the following corporates and their associated venture capital arms. (Telecommunications companies such as AT&T or Comcast were not included as they have minimal exposure to the healthcare industry.)

Since 2012, the top 10 tech corporates in the US have participated in 209 healthcare financing deals and have spent a total of $4.7B on 25 healthcare acquisitions.

Google and GE remain the most active investors among their peers in healthcare startups. While GE announced plans to divest its healthcare assets in June, it has continued to make healthcare investments out of its GE Ventures investment arm. 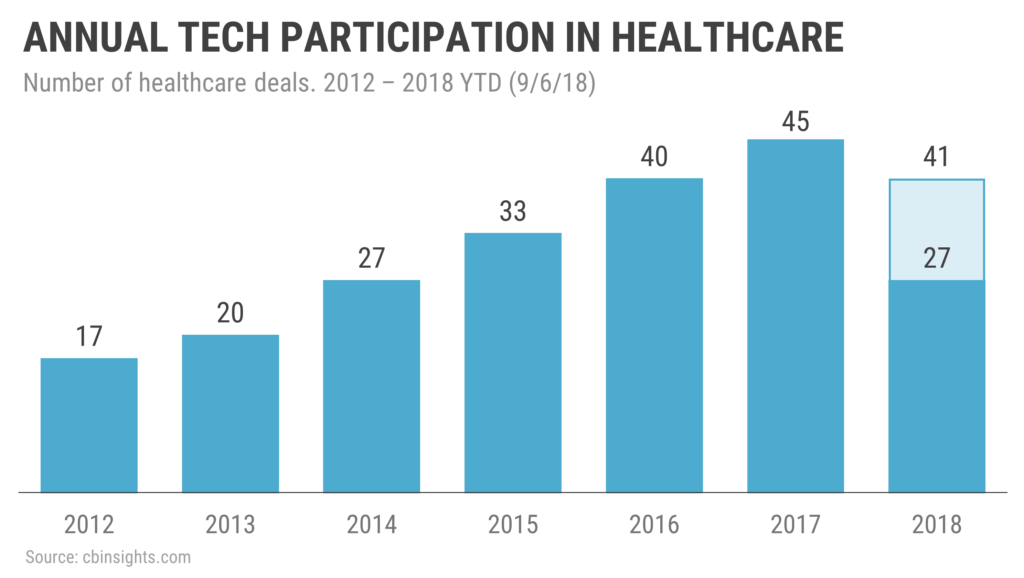 As shown in the heatmap below, the biotechnology sub-sector has become a recent area of focus for big tech — 23 of 36 biotech investments have occurred since Q4’16. Interest in healthcare e-commerce appears to have waned, as no new investments have been made since 2015. 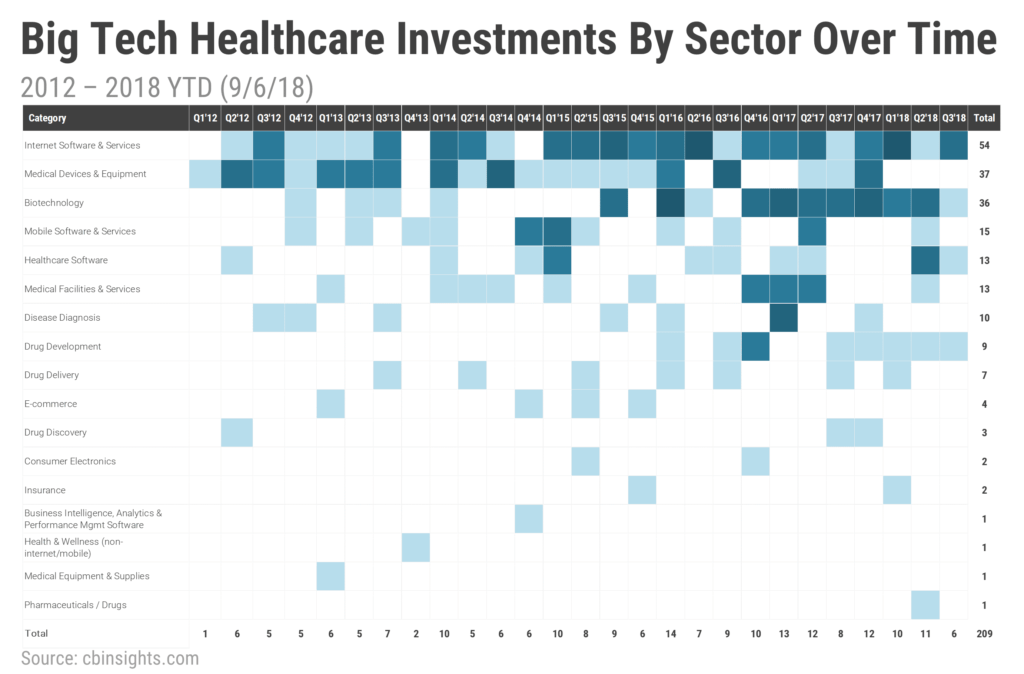 Investments in medical devices and equipment have declined recently, with no new deals announced in 2018 so far — the drop-off is partly explained by the announcement that GE is divesting its healthcare unit in Jun’18. GE has participated in 21 of 37 medical device investments since 2012.

Click on the image below to enlarge. Orange lines are acquisitions, green lines are investments 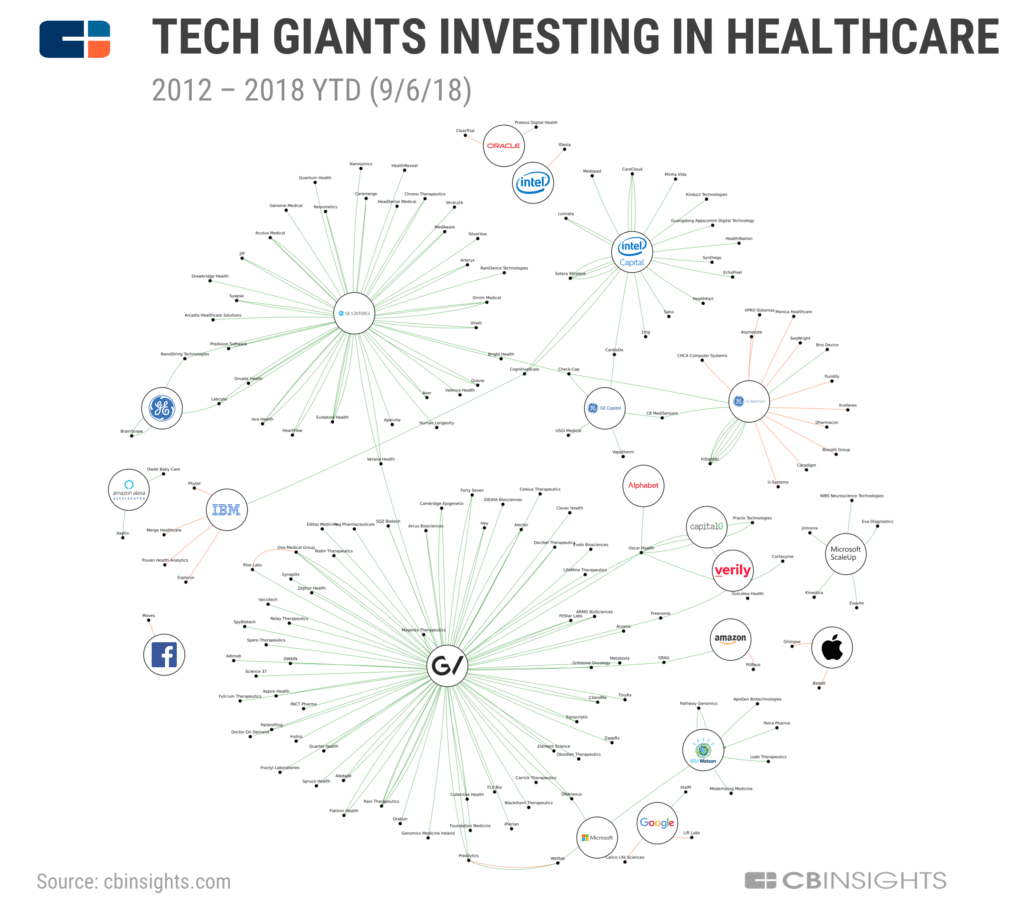