Artificial intelligence is the future of big tech — and is already an integral part of the consumer and enterprise products at Facebook, Apple, Microsoft, and Google.

Now network connectivity providers like Cisco and Oracle are integrating advanced machine learning algorithms into their IT and cloud infrastructures, while GE has focused its efforts on AI for the industrial internet of things.

Although the venture arms of Google and Intel have invested in a broad range of AI applications, their direct investments and acquisitions have been more strategically focused. (For instance, Google’s move into the Chinese market with a $60M round to Mobvoi, and Intel’s acquisition of AI hardware startups Movidius and Nervana Systems).

We used CB Insights data to analyze the AI efforts of the top 10 tech companies in the US by market cap (as of 8/15/2017) and their corporate venture arms. Combined, these companies have invested in 80 artificial intelligence startups, and acquired 50 companies in the last 5 years.

The companies on our list include the corporates below. Note that telecommunications companies such as AT&T or Comcast are not included, and we only include first exits of acquired companies. 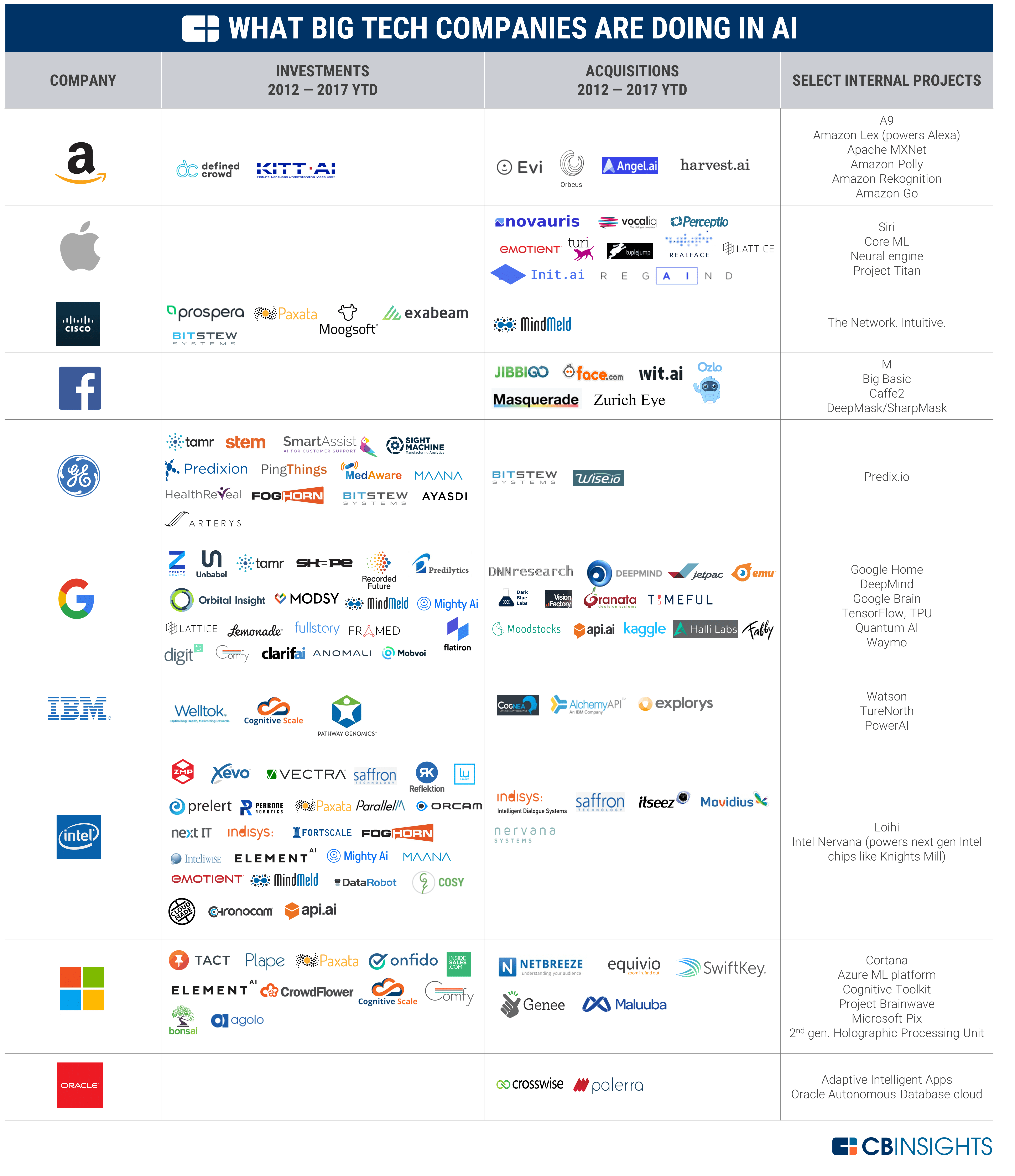