Research Brief
1628
Google reclaims the top spot for 2014 tech acquisitions, but who else has been the active on the M&A front?

2014 saw a huge increase in the number of tech exits (M&A and IPO) compared to 2013 and some of this activity was driven by a select group of very busy corporate development groups. So which acquirers were scooping up the most companies?

We used CB Insights data to analyze who the top tech acquirers were of 2014.

When we list the acquirers by rank, we see that Google has reclaimed the top acquirer spot after Yahoo dominated 2013 with it’s acqui-hire spree. j2 Global drastically increased their rate of M&A, acquiring 15 companies in 2014 which was a 400% increase from the year before. Dropbox had the highest rank among private companies, which included the acquisitions of MobileSpan, Parastructure, and Droptalk. 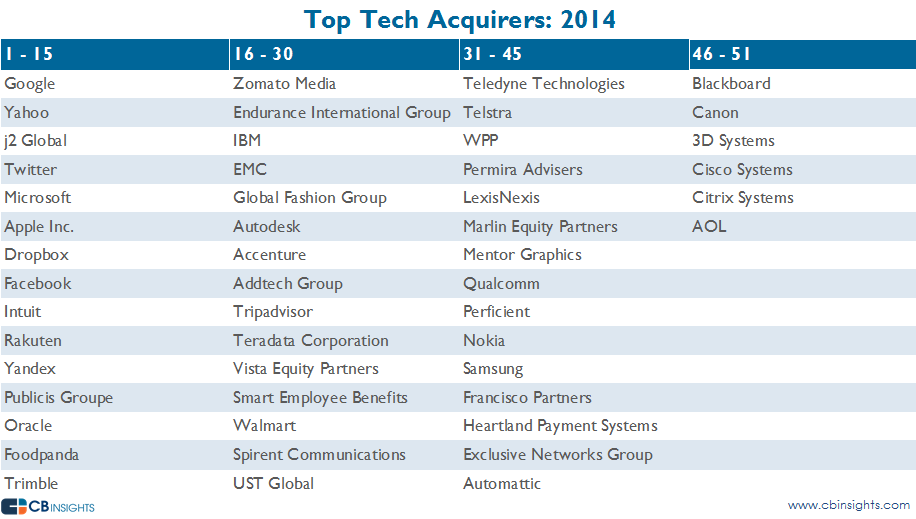 In terms of early stage acquirers, the list is populated by large tech corporations acquiring young companies for their technology or their talent – yes, the proverbial acqui-hire remains popular. Google was the most active early stage acquirer, buying 13 companies across a wide spectrum of industries with targets ranging from Songza to Lift Labs. 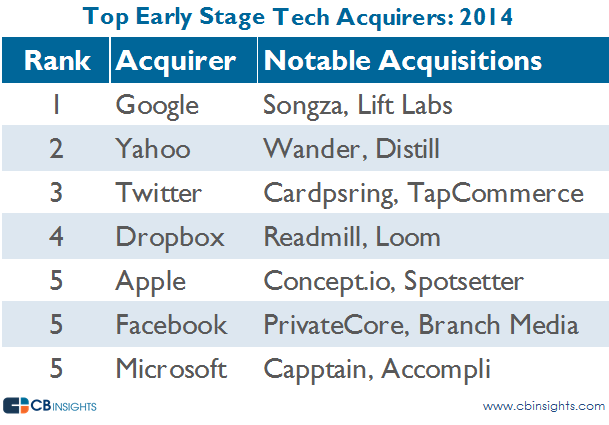 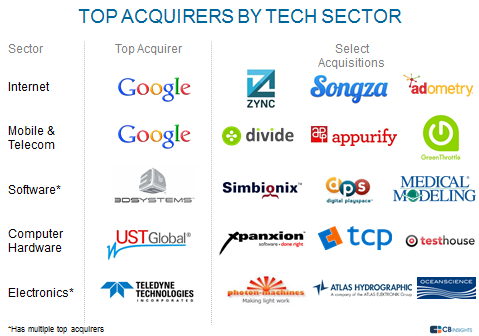 Want to track acquirer activity and tech exits data? Sign up for our tech M&A and IPO database below.