We mapped out the top-funded tech startups in Latin America and the Caribbean by country, including unicorns like Rappi in Colombia and Nubank in Brazil.

Since 2009, $16B has been invested across nearly 2,800 deals to tech startups in Latin America and the Caribbean. Despite uncertainty brought on by the Covid-19 pandemic, 2020 marked a record year for the region, with tech companies raising a record $4.2B in funding across more than 370 deals.

This momentum has held strong in 2021: as of March, the region has seen nearly $1.3B in equity funding year-to-date. Top deals include a $400M Series G to challenger bank Nubank in January and a $205M Series F to express delivery service Loggi in March (both companies are based in Brazil).

Using CB Insights data, we identified the top-funded tech startups in Latin America and the Caribbean by country, based on disclosed equity funding. 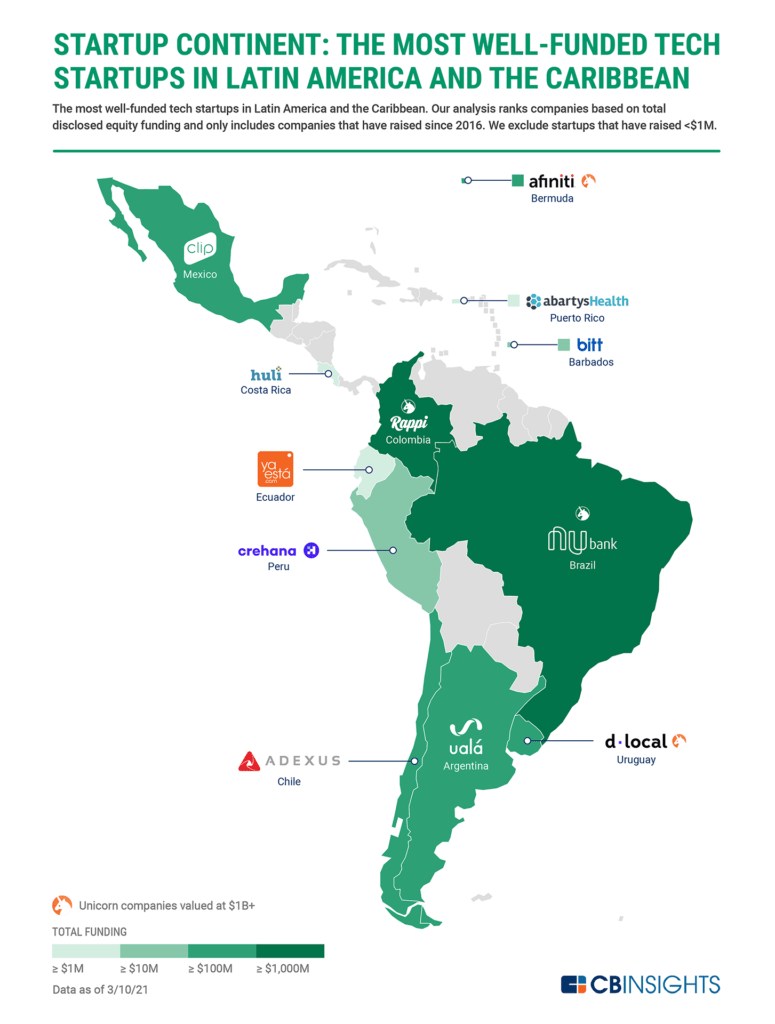