Our graphic highlights the top-funded tech startup in every European country, including unicorns like Sweden's Northvolt and Germany's Celonis.

Europe is home to prominent startup and innovation hubs across cities like Berlin, Stockholm, London, and more. But the tech boom is diffusing across the continent — and Europe-based startups are emerging far beyond the established tech hotbeds.

Since 2015, more than $200B has been invested across nearly 23,500 equity deals to VC-backed startups on the European continent.

2021 venture funding in Europe has already broken annual records, with $50B+ invested on the continent YTD. Download our free State of Venture Report to get the TL; DR on all the latest venture trends, in Europe and beyond.

This includes investments into leading tech unicorns like ride-hailing network Bolt in Estonia, delivery marketplace Glovo in Spain, and payments company Mollie in the Netherlands.

Using CB Insights data, we identified the most well-funded VC-backed tech startup in each country in Europe. Collectively, the startups on our map have raised nearly $21.3B in disclosed equity funding.

See the full infographic below, and the complete list of tech startups at the end of this post. 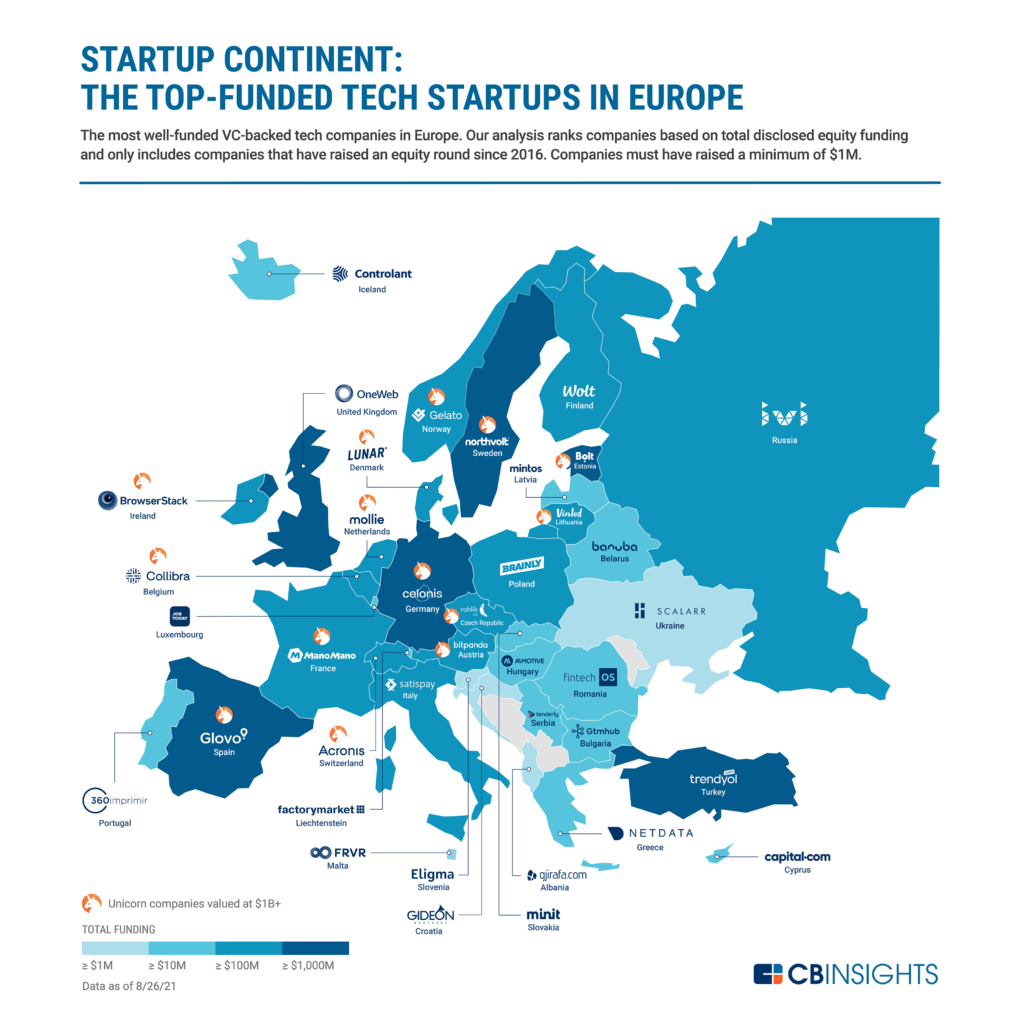 If you are interested in learning more about the most well-funded US-based tech startups, check out our infographic on top US tech startups by state.