With a regulatory embrace of private spaceflight (“new space”), spacecraft development costs falling, and better remote sensing and data analytics capabilities, funding to space tech companies has grown from almost nothing in 2012, to approximately $4B in combined funding over the past two years, buoyed especially by entrepreneur-celebrities Elon Musk and Jeff Bezos.

We define space tech to include startups involved in the construction and launch of satellites or rocketry into outer space, as well as ancillary companies working to aggregate and analyze satellite data. For more on space tech categories and specific companies, see the space tech market map.

One reason for the drop-off might be a lack of mega-rounds that raise more money and pique broader interest from (deep-pocketed) investors. OneWeb closed on a $1.2B financing round with 8 investors participating, but was the only round over $100M in 2016. Meanwhile, three 2015 mega-rounds ($100M+) saw lots of investor participation: SpaceX, O3b Networks (since acquired by SES for $710M) and OneWeb (in merger talks with NYSE-traded Intelsat) saw $2B in financing and 20 unique investors combined. 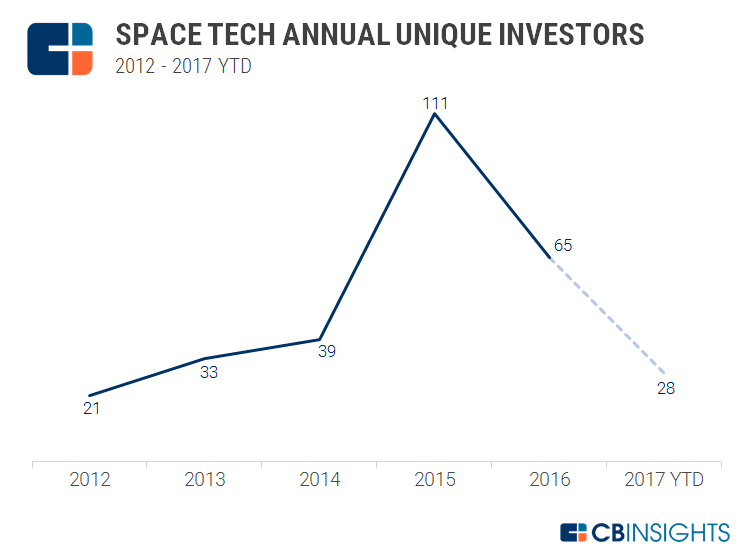 Note: Image showcases investments from each of the top investors. Exited companies are included, and highlighted. Alphabet includes Google, capitalG, and Google Ventures. 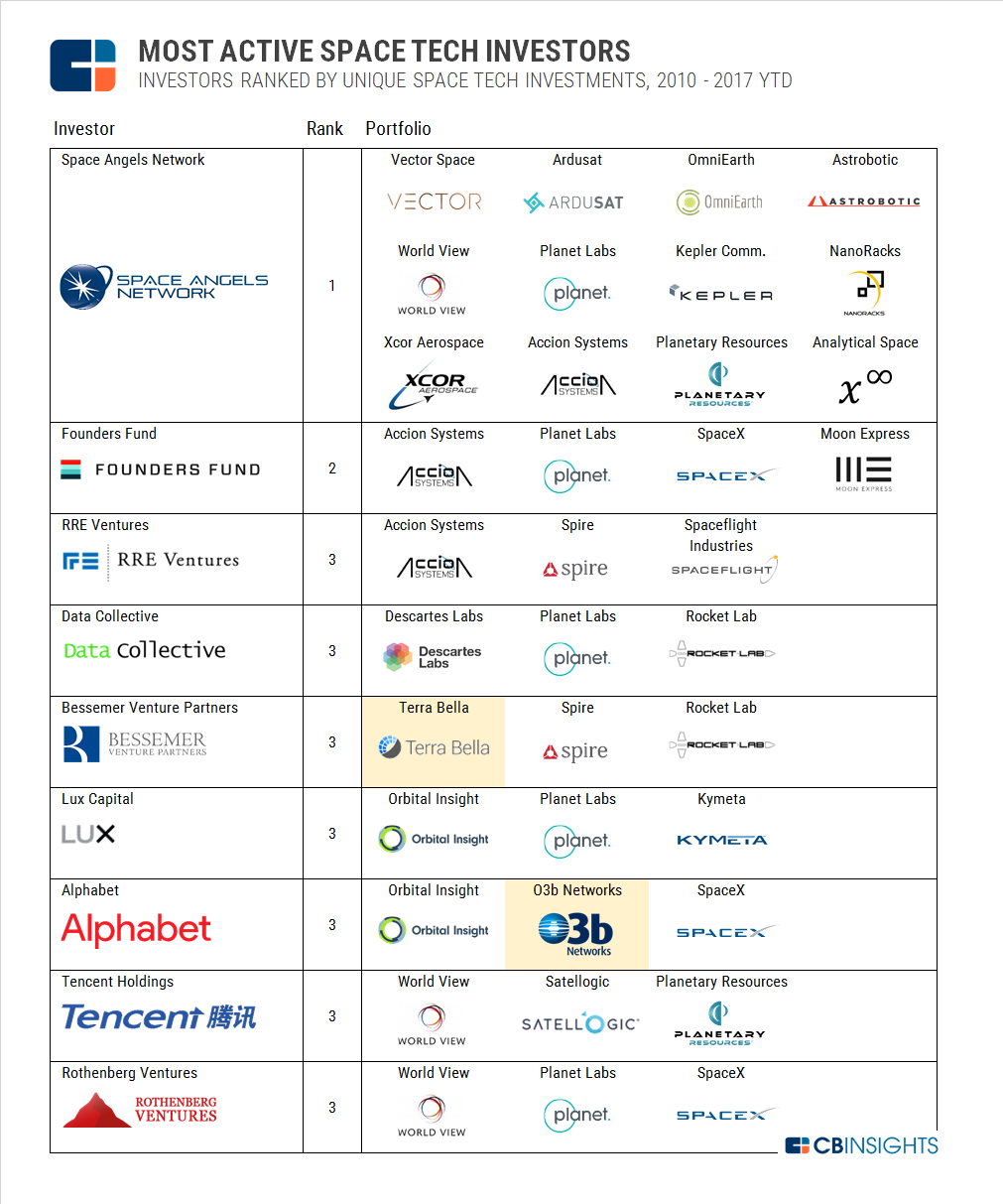