Research Brief
3130
The $6.9B IPO valuation of messaging app Line means it exited at just under half Twitter's valuation.

Line is unique in that it will be the only publicly-traded messaging-focused app.

Line’s games and music content drive roughly 35% of revenue. Downloadable content such as stickers and themes bring in 22%.

It is also different in that it was not a private company previous to exit as WhatsApp and Facebook and Twitter were, since it was spun out from Korea’s Naver Corp.

The company’s IPO valued it at $6.9B. But how does it rank alongside other social messaging IPOs and M&A from the private markets? Using CB Insights data, we took a historical look at the largest social and messaging exits to see how Line stacks up. 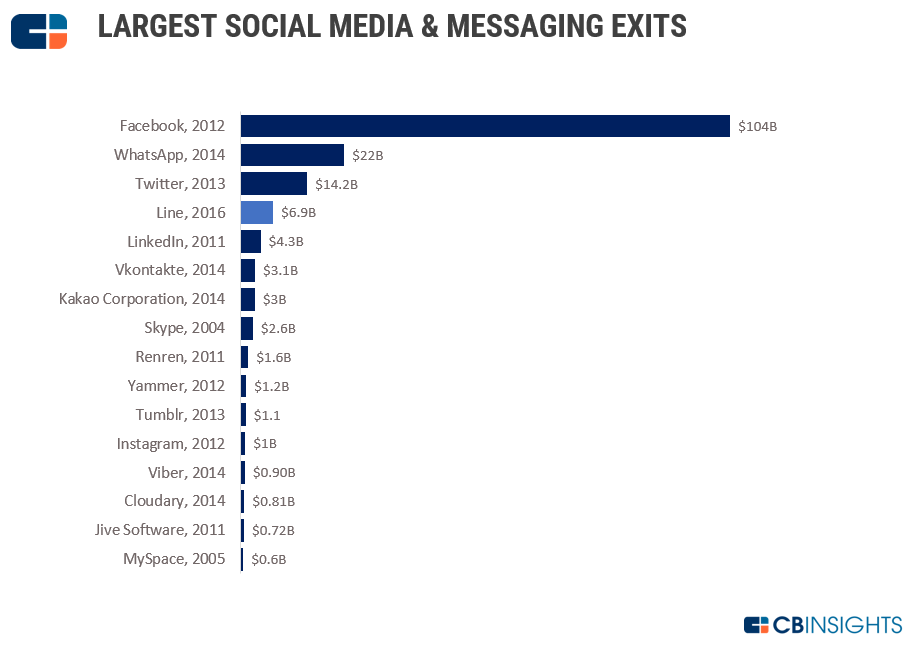 Also notable is that 6 out of the top 12 chat and social-app exits are from companies based outside of the United States. Line is based in Japan, Vkontakte is Russian, Kakao is from South Korea, Renren is from China, and Skype and Viber were registered in Luxembourg and Cyprus, respectively.

See the full table below (click on the companies for profiles on each):