Research Brief
2169
The most active smart money VCs in wearables are Andreessen Horowitz and Khosla Ventures.

Venture funding to wearables startups surpassed $2.2B across the past five years, accrued over 195 deals. With such a competitive investing landscape for wearables, it’s important to know where to top VCs are placing their bets.

On average, smart money VC activity in wearables has stepped up since mid-2013. There have been an average of ~4 wearables deals involving smart money between Q2’13 and Q3’15. In Q1’10 through Q1’13, there was less than 1 such deal on average per quarter. That said, deals are down from their peak in Q2’13 and Q3’13, when deal count reached 6 and then 8 deals, respectively.

Q4’13 saw the next highest activity in dollar terms, with investment reaching a total of $180M. The major deals in Q4’13 went to pre-acquisition Oculus VR and Misfit Wearables‘ $15.2M Series B, backed by top VCs including Founder’s Fund and Khosla Ventures.

(For more on how we selected our top 20 VCs, see the note at the end of this post.) 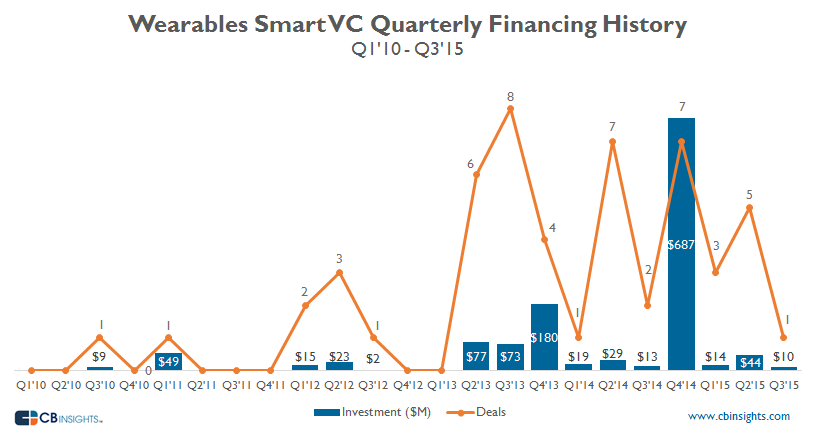 One useful way to visualize smart money strategies is to use CB Insights’ Business Social Graph, which shows how top investors and target companies are related. The graph, pictured below, shows that the most active smart money VCs in wearables are Andreessen Horowitz and Khosla Ventures. They had 7 and 6 wearables startup investments, respectively. Both firms were investors in Jawbone and Thync. 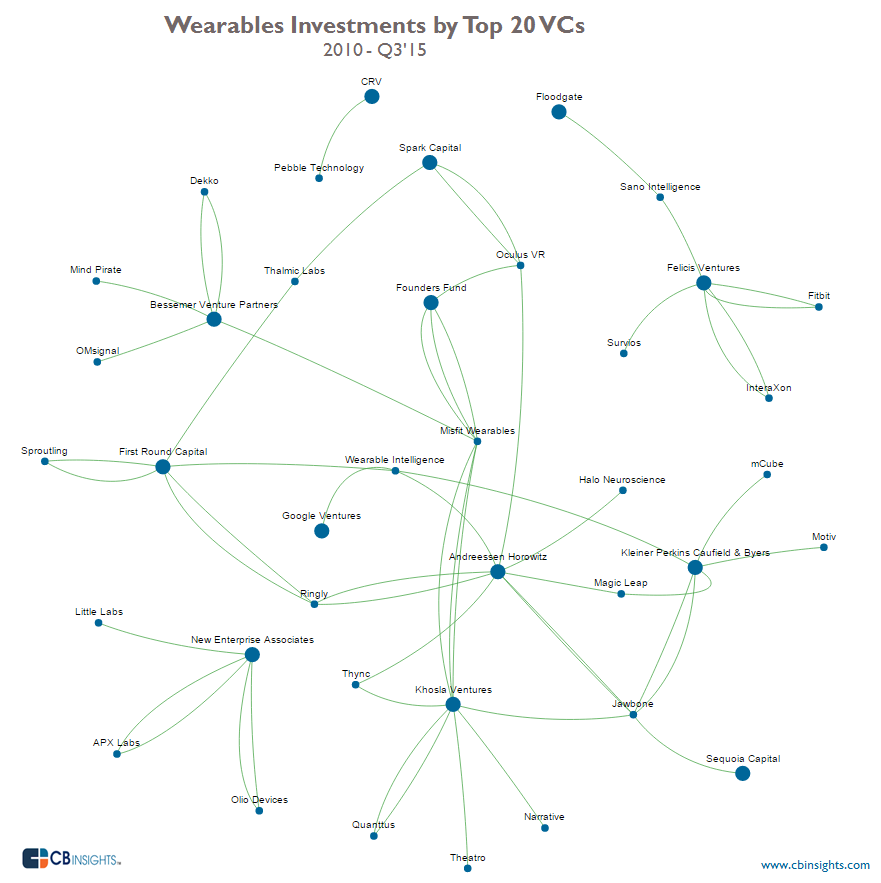 We identified 8 different wearables categories that smart VCs are targeting.

Note: To analyze smart money trends, we looked at the activity of the top 20 VC firms, selected according to portfolio valuations and investment outcomes. Some of the investors are linked to relevant research briefs. Here’s our full list of 20 smart money investors: