Apple joins a long list of VCs, corporations, and other investors backing the top 5 most well-capitalized ride-hailing startups.

Just last week, Apple made waves by investing $1 billion into Chinese ride-hailing giant Didi Chuxing, its first publicly disclosed private investment in recent years. The deal was just the third $1B+ equity financing round of 2016 to-date.

The top ride-hailing companies have raised some of largest mega-deals that private markets have ever seen, in order to finance their fierce competition across the globe. We used the CB Insights Business Social Graph, which maps relationships between investors and target companies, to visualize the investor networks of the 5 most well-capitalized ride-hailing companies. These include Didi Chuxing as well as Uber, Lyft, Olacabs, and Grab. 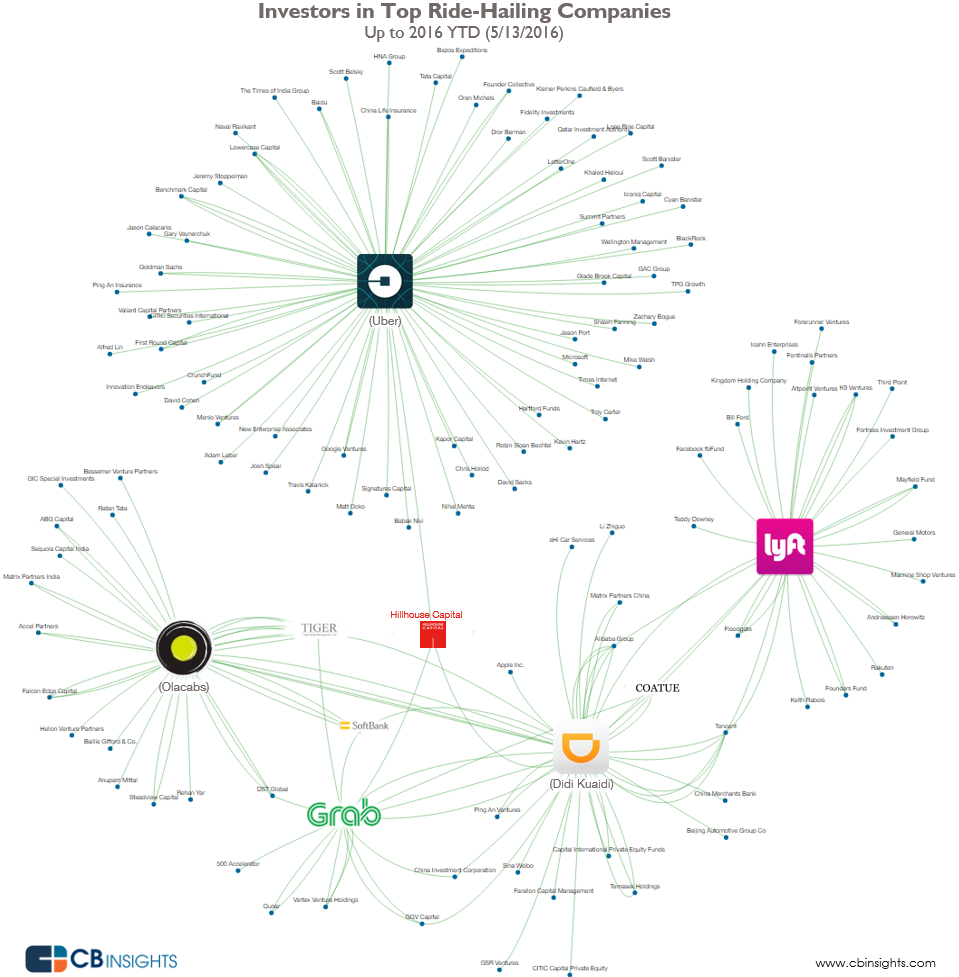 We used this social graph and the CB Insights database to pull further insights on the data: