Even amid the pandemic, blockbuster tech M&A deals continued to make headlines. We visualize the 10 largest deals of 2020.

Despite ongoing global challenges, 2020 saw a steady stream of tech mergers and acquisitions, with Q4’20 setting a quarterly record of over 2,000 tech M&A deals.

In some cases, tech companies sought to consolidate in the face of a harsh economic outlook. Others saw massive growth under the same conditions — due to the acceleration of many consumer and corporate trends — which drove valuations up and turned them into appealing acquisition targets. 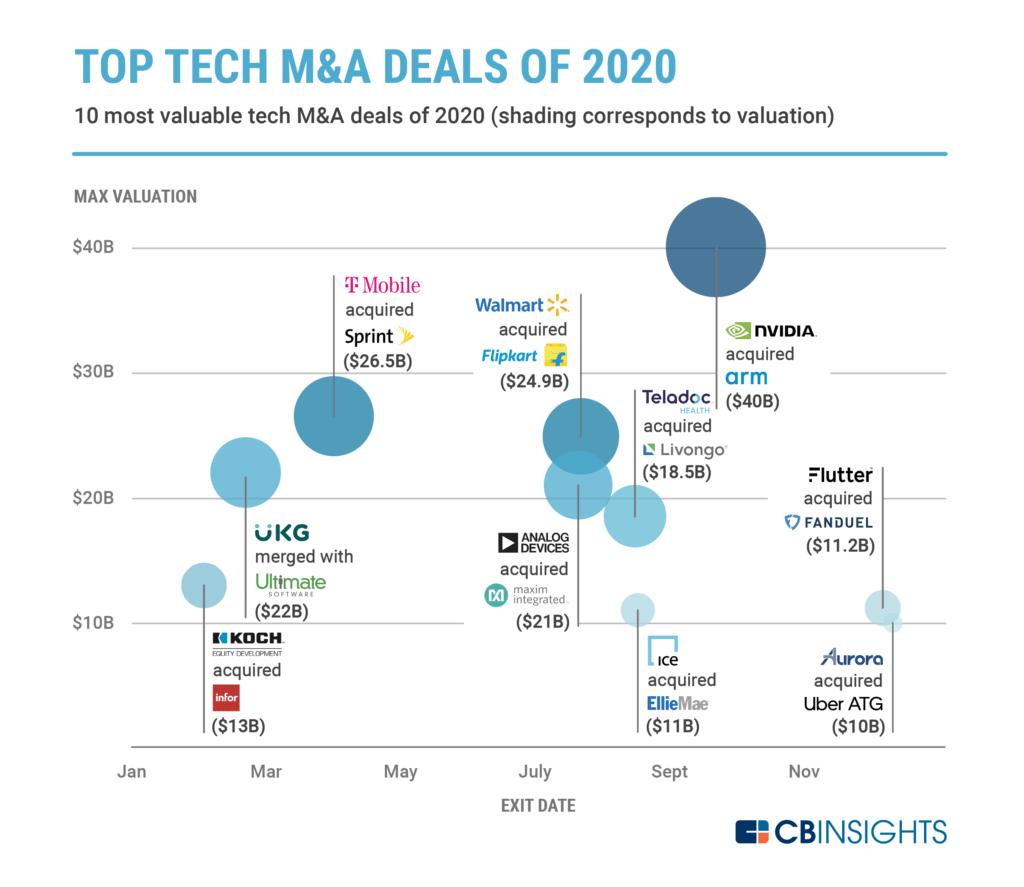 For more of the year’s tech highlights, dig into our 2020 Tech Highlights graphic here.