There were 32 M&A deals by large media corporates in 2016, more than in any previous year.

2016 saw a series of moves that further consolidated the media landscape. Verizon reportedly moved closer to acquiring Yahoo, the creation of Group Nine Media came out of the merger of 4 distinct digital media entities, and NBC acquired DreamWorks Animation for approximately $3.8B.

Large media and communications companies, such as Verizon (which alone acquired 7 companies last year), The New York Times Company, Hearst Corporation, and Comcast made over 100 deals to startups last year. And funding and deal count from private market transactions involving these corporates have been growing every year since 2012.

While acquisitions are nothing new to the industry, averaging 20 per year since 2012, media companies are now planting their flag in emerging tech areas such as VR/AR and diversifying into adjacent areas such as information and software, as Hearst did with its recent acquisition of aviation software company CAMP Systems.

As new content distribution platforms debut and niche offerings such as The Wirecutter carve out audience share, companies such as News Corp and Verizon are betting on tech startups to spur innovation and revenue opportunities. In addition, telecommunications companies have moved aggressively into media creation and distribution while continuing to make acquisitions and investments that cut across services and devices.

Below, we used CB Insights data to study the acquisition patterns of media giants since 2013.

Many of the companies below have been the target of acquisitions, or were spun off from parent companies at some point in the period under study. They are marked with an asterisk.

Key takeaways from the timeline:

Click on the image to enlarge. Height of company line has no correlation with deal value. 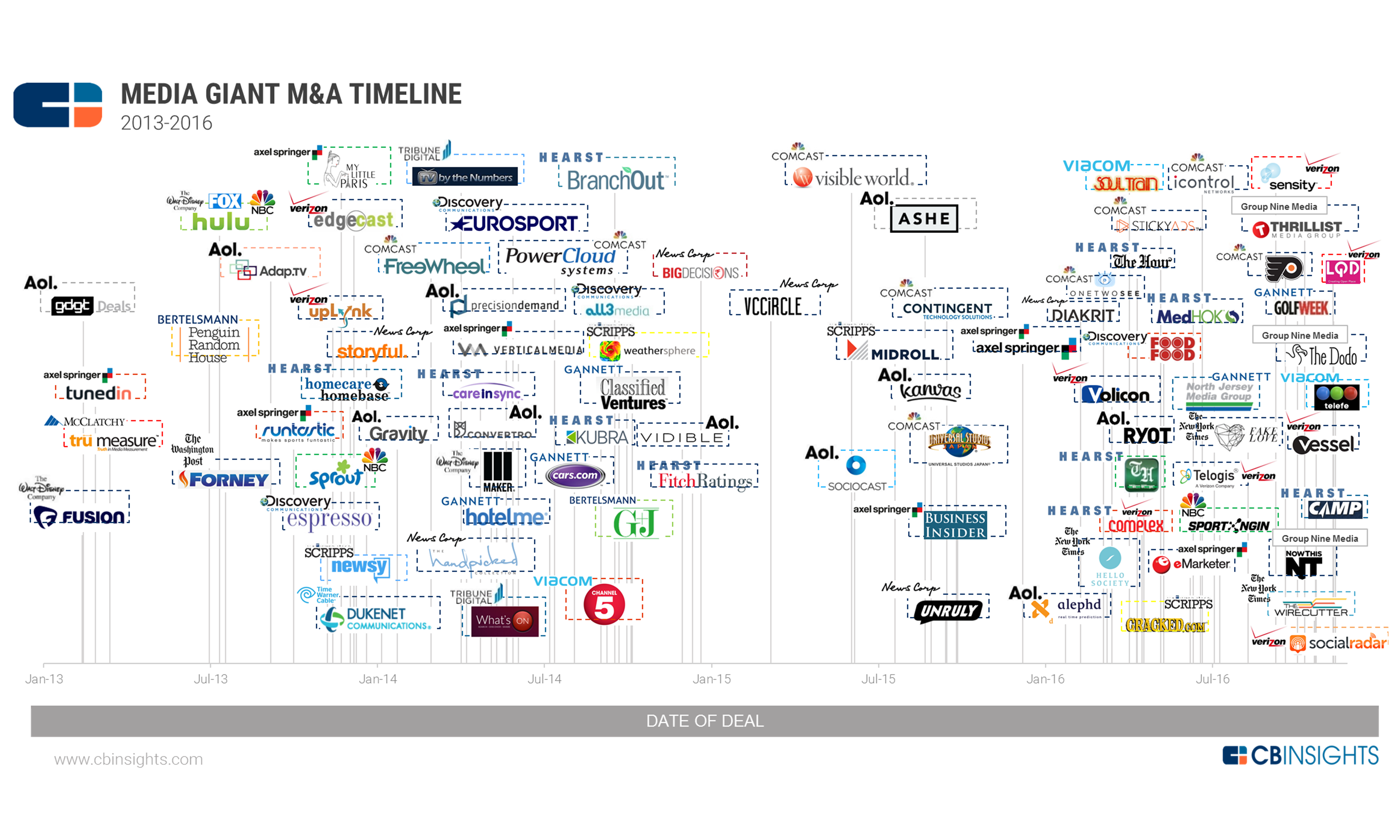