Research Brief
2073
Corporate VCs have had some of venture's largest recent exits among their portfolio companies, but few were early-stage investments.

Corporate venture capital groups now participate in roughly 1 of every 5 venture capital deals. But while corporate VCs are playing a more prominent role in the VC ecosystem overall, how are they faring on the exit front?

Using CB Insights data, we highlighted and analyzed the 5 largest portfolio exits for each of the top 10 corporate VCs by total exits since 2010. Leading the list is Intel Capital, with well over 100 IPO or M&A exits realized over the period. Google Ventures, a prolific investor that recently slowed its activity, takes second. Finally, Motorola Solutions Venture Capital rounds out the top three.


Peeling back by size of exits, Google Ventures notably saw all 5 of its largest exits to date top the $1B+ mark. Intel Capital and Qualcomm Ventures each saw three of their portfolio companies — among them Waze, Fitbit, Box, and Virtustream — exit for $1B+ since 2010. 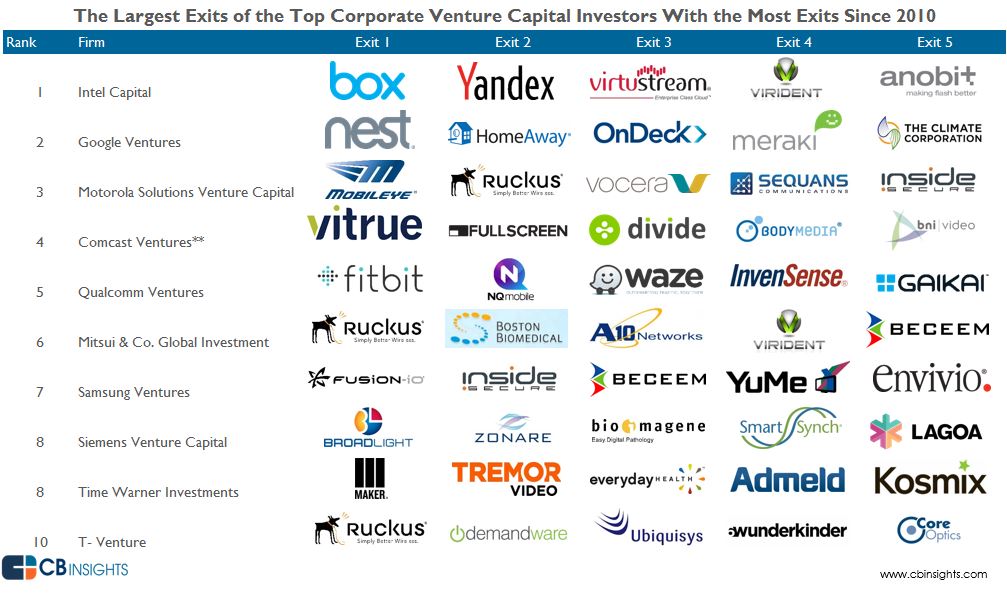 While corporate VCs have found their way into some of venture’s largest recent exits, few were early-stage investments. As the chart below highlights, corporate venture firms tend to place their first investments in their largest exits at the mid-stage or later. Comcast Ventures is the single exception having entered four of its exited companies, including Fullscreen and Vitrue, at the early stage. All of Google Ventures’ billion-dollar exits were of companies it had initially invested in at the mid- or late-stage. 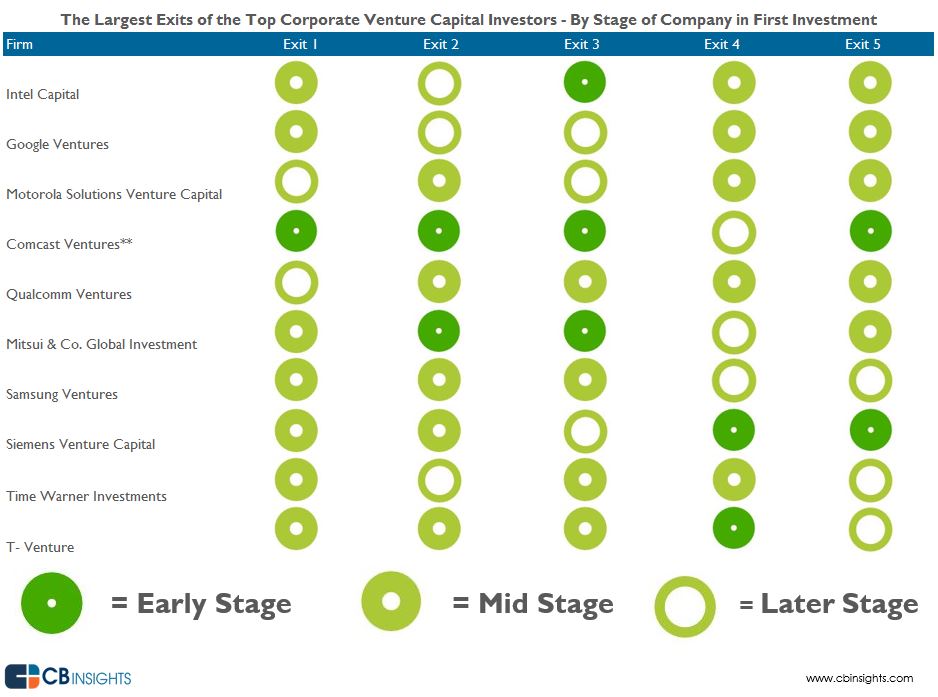 Looking for more corporate venture capital data and analytics? Sign up for the CB Insights Venture Capital Database free below.