Research Brief
1699
We used CB Insights financing and valuation data to analyze every capital efficiency ratio in the billion-dollar club.

For the uninitiated, a group of unicorns is called a blessing (seriously, Google it). And from Shazam to Nextdoor to Simplivity, 10+ new billion-dollar startups have already joined the blessing in 2015.

While we’ve previously looked at the most capital efficient exits in tech, applying capital efficiency to the various companies in the billion-dollar club was floated by John Ryu of Scout Ventures a couple of weeks ago so we wanted to take a look.

What’s the most efficient startup out there in terms of valuation / vc money raised?

So we used CB Insights financing and valuation data to highlight the capital efficiency ratios of the billion-dollar club. Specifically, we divided the latest current valuation by the total amount of equity financing the companies have received across six categories of companies in the club. And the data yields some interesting comparisons among the growing set of companies. Below are the highlights: 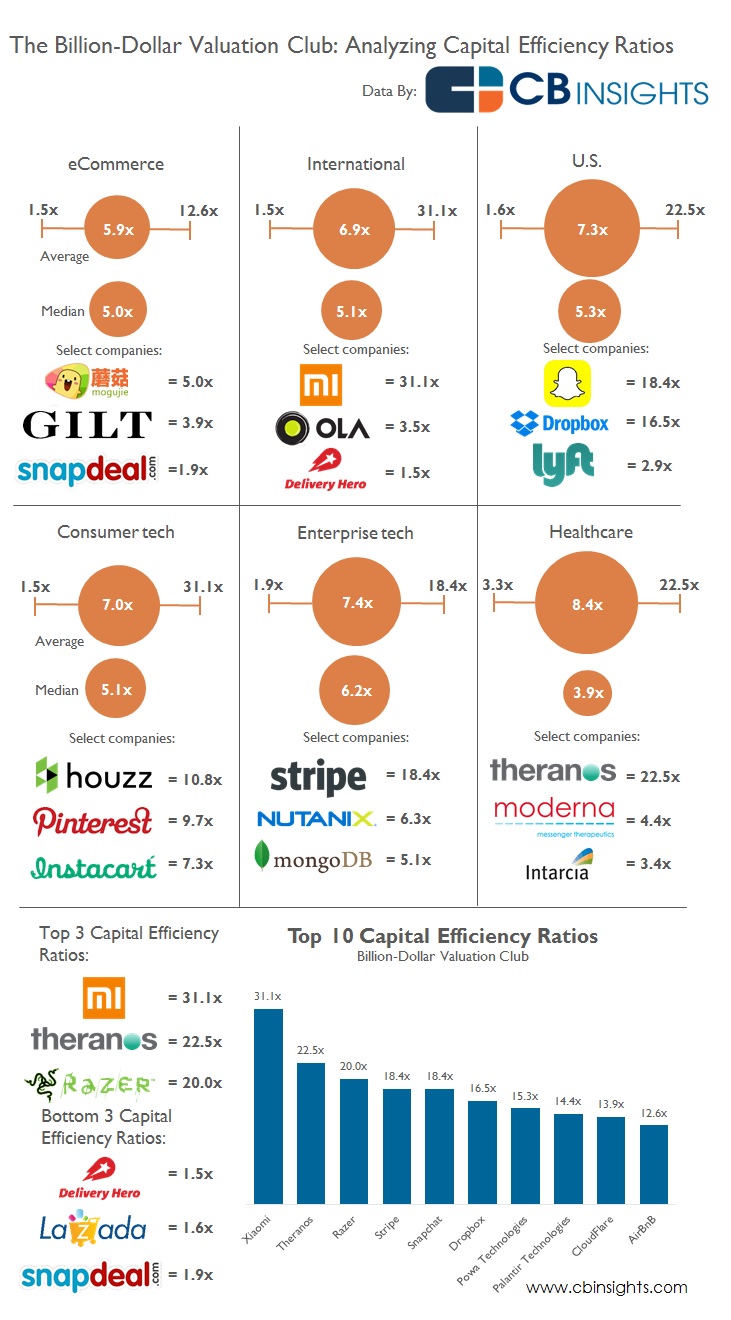