The new wave of artificial intelligence applications, fueled by a combination of big data and processing capabilities, have garnered over $15B in funding to AI startups in just the last 5 years. Even as investors employ their own due diligence to gauge the “AI-ness” of a startup, new companies are continuing to enter the space at an unprecedented rate.

As one measure of internal R&D efforts of companies and innovation in the space, we analyzed the patent application activity of startups on our AI list. We analyzed over 1,150 active AI startups (that have not exited) and found that only 21% of the startups applied for a US patent since 2009 (note: there is a lag in publishing applications, so patent data from 2014 to present is still processing). Only 11% have been granted at least one patent in the United States since 2009. The data is as of 4/17/17.

The reason for the light patent activity could be that most companies are still in the early stages of development (69% or more of AI deals since 2012 have gone to startups still in the early stages). In addition, many startups may currently be leveraging open-source AI libraries like TensorFlow, or are simply not using patent protection for their algorithms or techniques.

Nonetheless, the AI startups highlighted below are some of the top patents holders in the field. A knowledge of their patent portfolios is useful when evaluating AI companies, in order to determine technological IP.

One of the top patent holders in the United States is Israel-based image processing startup Cortica, whose 38 granted patents include methods for “deep content classification.” The second startup on the list, Numenta, with 37 patents, is working on artificial general intelligence. Our list includes startups across verticals like healthcare, auto tech and sales that are leveraging machine learning algorithms for various narrow applications of AI. It’s important to note some of the patents these companies hold may be unrelated to AI and focused on other applications. 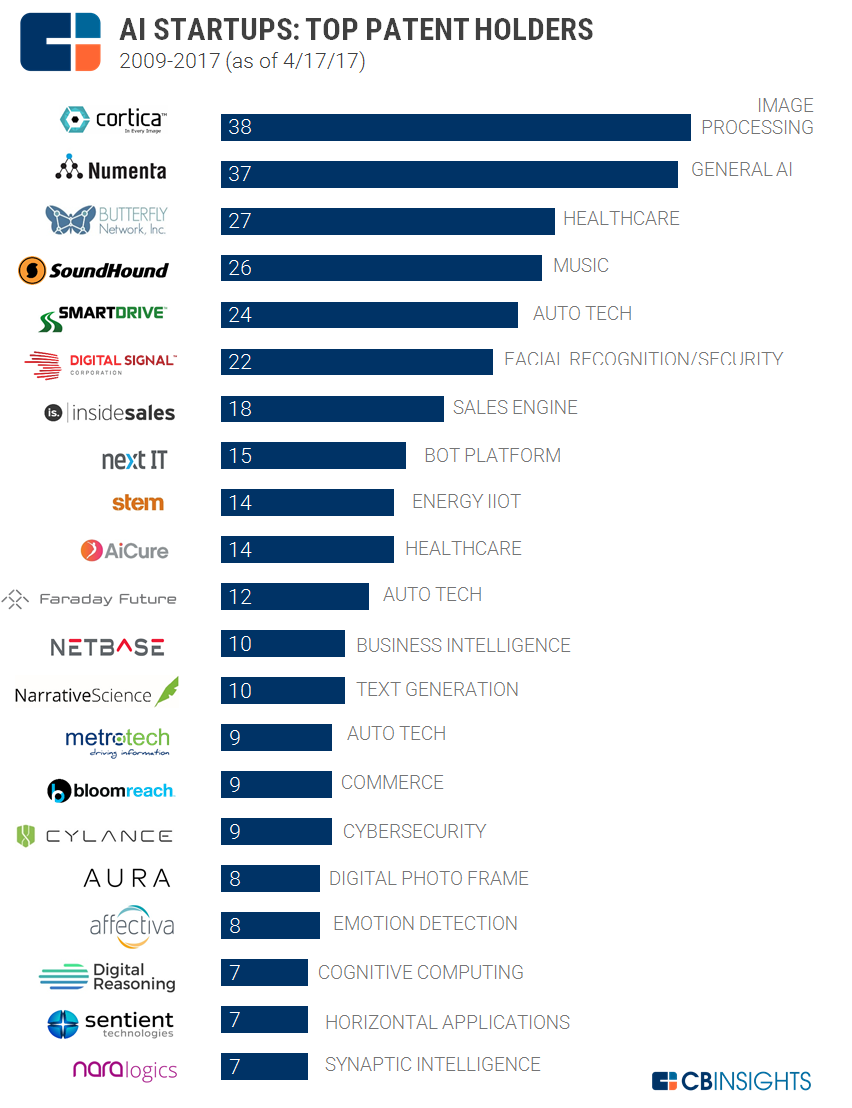