From less than 5 deals in 2011, M&A activity peaked in 2015 with nearly 15 robotics exits. Google dominated 2013 with its robotics acquisition spree.

Robotics acquisitions — and the growing demand for industrial automation units — were in the spotlight once again this year, as China-based Midea Group announced its acquisition of publicly-traded German industrial robot manufacturer Kuka AG (not included in the infographic below as it’s an acquisition of a public company).

In this light, we used the CB Insights database to track M&A activity in this space since 2011. Here are some of the other highlights:

The timeline below shows major M&As (only first exits) in robotics since 2011. It excludes reverse mergers and unit acquisitions. 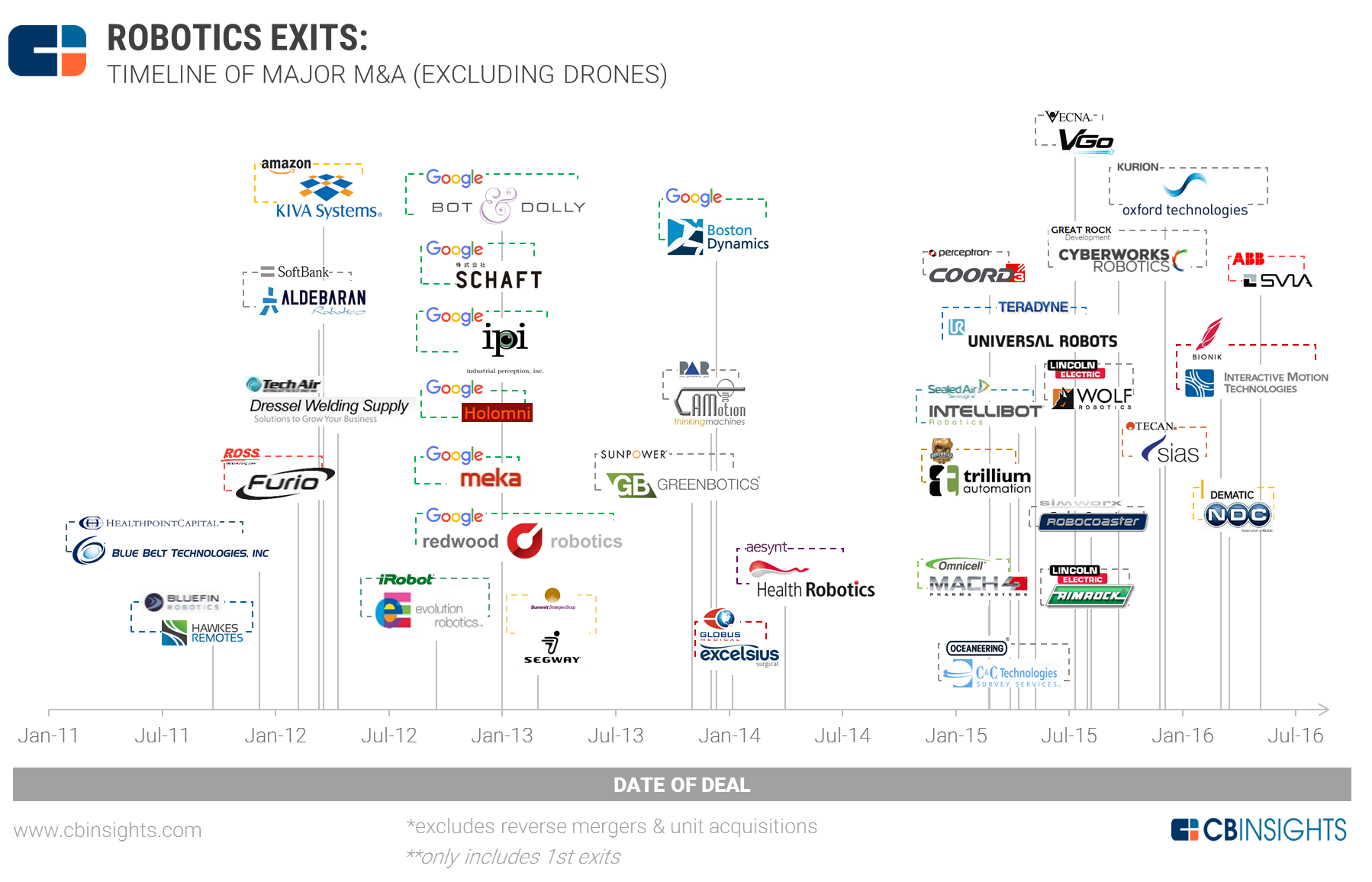