IBM, Cisco Systems, Oracle, and Salesforce are among the tech corporates on the prowl for cybersecurity companies.

Acquisitions of cybersecurity companies have been trending up annually since 2013. However, this year, they are on pace to fall a bit short of last year’s peak.

A notable trend that cuts across both investments and acquisitions activity is the movement away from more focused cybersecurity applications and toward more comprehensive cybersecurity offerings.

Using CB Insights database we looked at acquisition activity in cybersecurity over the last five years and created a timeline of acquirers and acquisition targets in 2016.

Acquisitions rose steadily from 2013 through 2015, but are on track to fall short of the high we saw last year. Since 2012, five cybersecurity companies have been acquired for $1B+: Blue Coat Systems ($4.65B) acquired by Symantec, Forcepoint ($1.9B) acquired by Raytheon, AirWatch ($1.54B) acquired by VMware, SonicWall ($1.2B) acquired by Dell Technologies, and MANDIANT ($1.1B) acquired by FireEye. 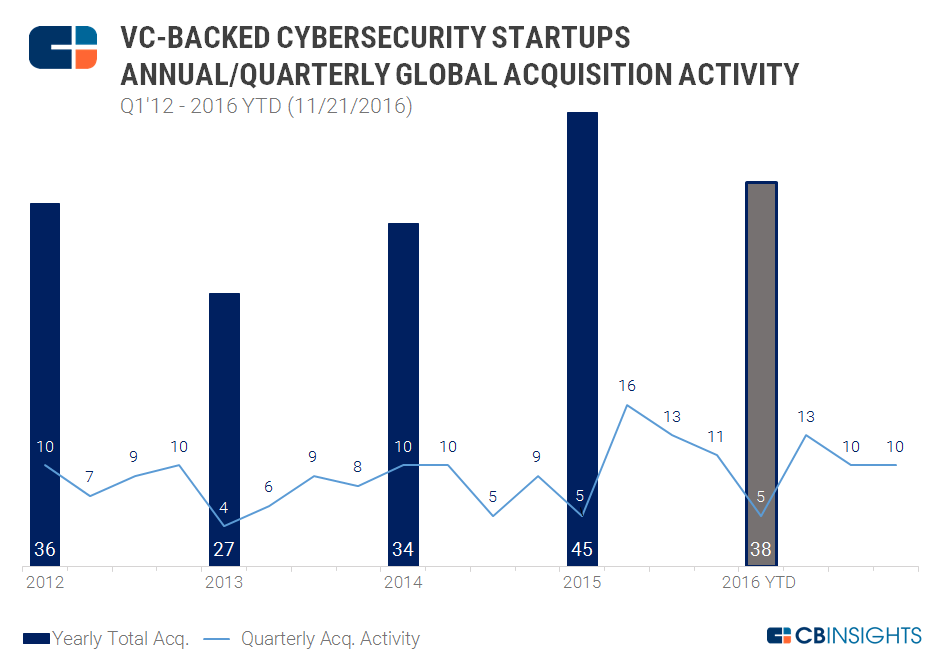 Nine cybersecurity companies were acquired this year for $100M+. Three were acquired for $500M+ including: Krux Digital ($750M), and Ping Identity ($600M), and Bain Capital-backed Blue Coat Systems (acquired by Symantec for $4.65B), the highest-valued acquisition since 2012. 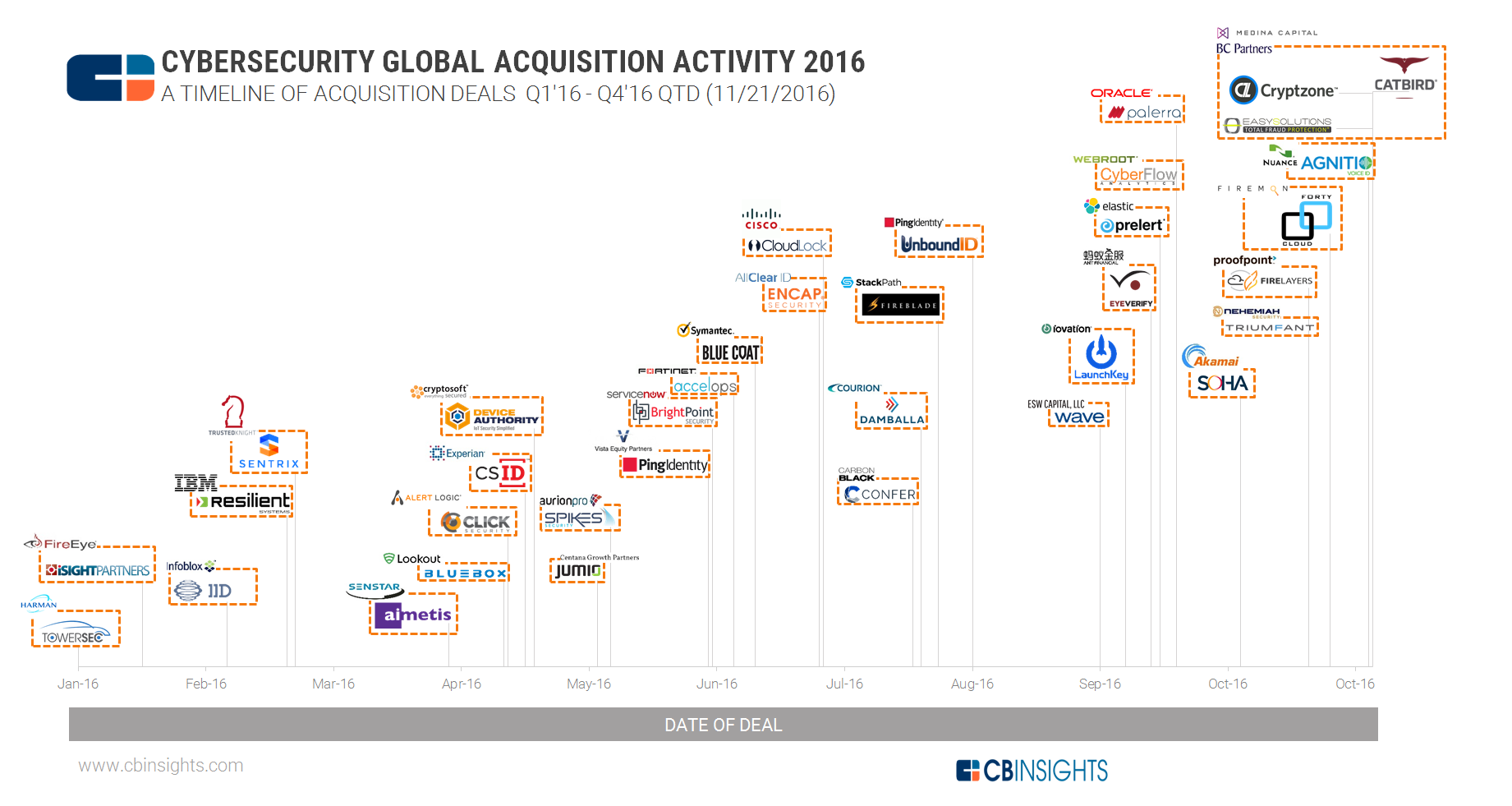