Research Brief
1485
We analyzed the valuation multiples (price/user) of several consumer tech companies to see how Tinder might be valued as a stand-alone private company. Some of the numbers are big.

Using CB Insights company and valuation multiple data, we took a look at the price/user valuation multiples of 8 consumer tech companies including Instagram, Snapchat and WhatsApp to see what Tinder might be worth if it was a stand-alone private company.  Is the hot matchmaking map, which just snagged Benchmark‘s Matt Cohler for its board and which just demoted its CEO, potentially worth more than parent company IAC (NASDAQ: IACI, Mkt Cap: $5.53B)? 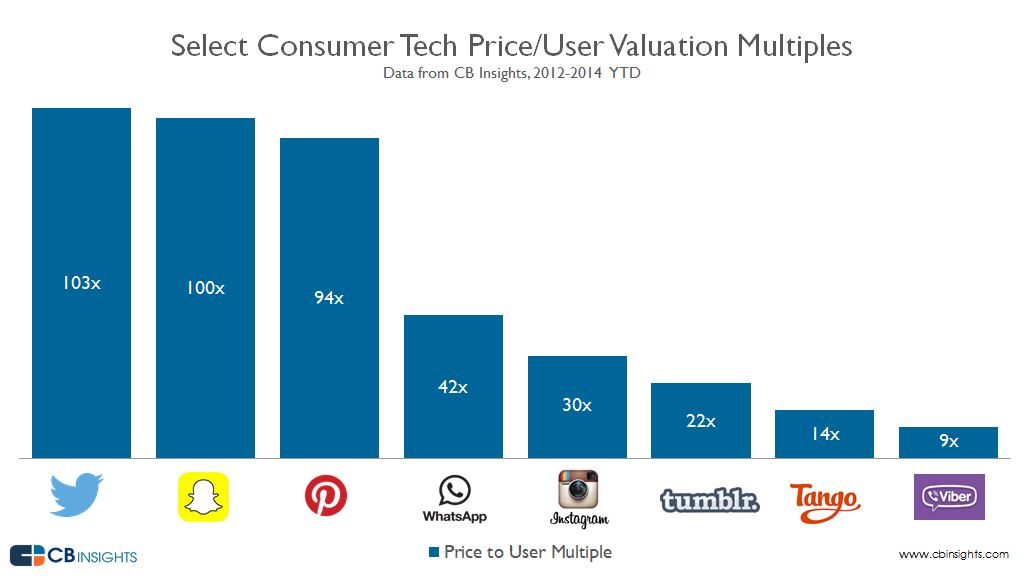 Based on these multiples, Tinder which is reported to have 18 million active users would be valued at around $1.85B which represents about 34% of IAC’s value using the highest end of recent consumer tech price to user (P/U) multiples.

At the average P/U multiple, Tinder’s implied valuation would drop to about $932M. But what if we multiply the consumer tech P/U multiples by 50 million active users – a figure Tinder is reportedly on track to hit if growth continues at its current rate?

This is where things get more interesting.

At the highest P/U multiple, Tinder would be valued at $5.15B – 93% of IAC’s current market cap. At the average of the multiples, Tinder’s implied valuation would hit $2.59B which is 47% of its parent company. 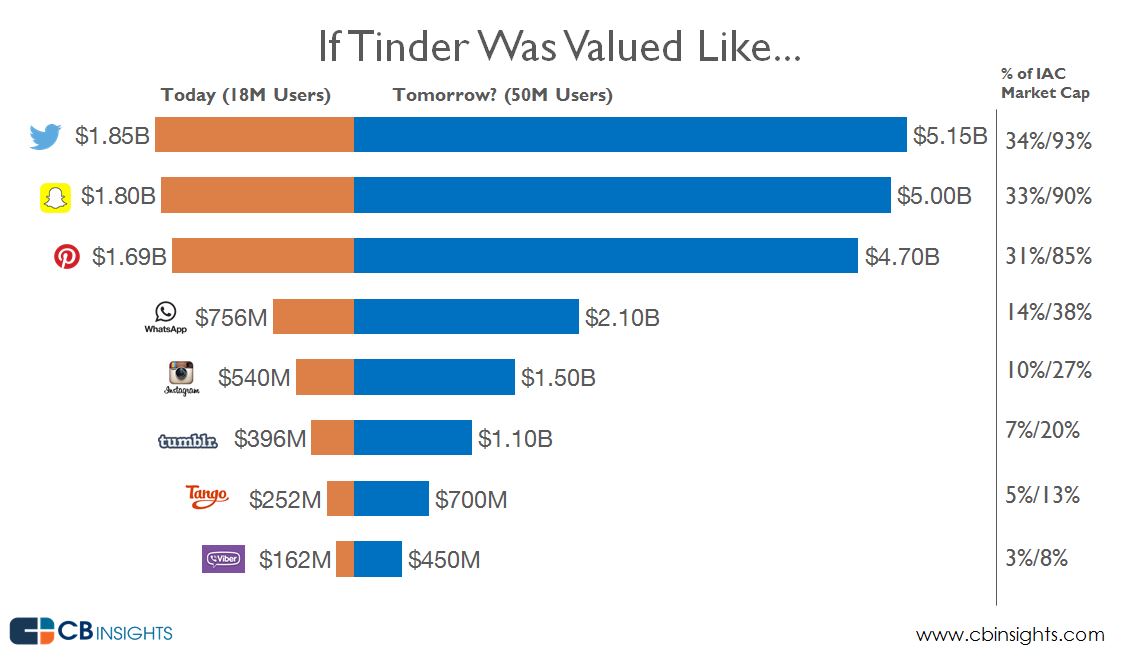