Research Brief
1879
After investing in Thumbtack, Harry's and Quora among others, Tiger Global Management has invested in zero new U.S. portfolio companies so far in 2015.

Three of the most prominent “big money” investors in tech are swiftly shifting their new portfolio investments abroad.

As the number of unicorn companies valued at $1B and higher in the U.S. rises, nearly 8 out of every 10 of Tiger Global, Coatue Management and Digital Sky Technologies’ aggregate first-time investments this year are going to companies outside the U.S., according to a CB Insights analysis of new vs. follow-on deals.

In particular, hedge fund Tiger Global Management, which has previously invested in Redfin, Thumbtack, AvantCredit and Credit Karma among others in the U.S., added zero new portfolio investments state-side thus far in 2015. Instead, Tiger has concentrated its new investments into a wave of Indian tech startups ranging from Grofers (delivery) to MoonFrog Labs (mobile gaming) and CultureAlley (language learning). In fact, 82% of Tiger’s new investments this year have been in India and at the early-stage — 71% of which have come at the Series A. It’s worth mentioning that Tiger is reportedly leading a first-time investment into U.S. on-demand delivery service Postmates.

The chart below highlights Tiger’s declining share of first-time investments in the U.S., where 78% of its new private-tech deals in 2013 took place. 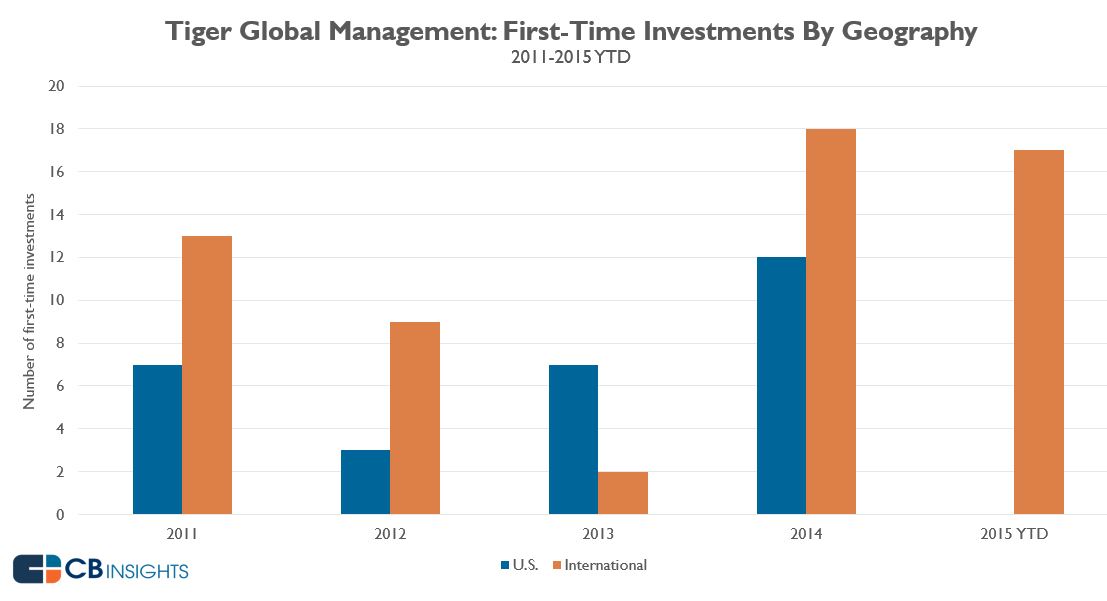 After investing exclusively in private companies in the U.S. over the last two years, fellow Tiger cub Coatue Management has also shifted some of its investments abroad after adding personnel in China. After the IPOs of earlier investments Box and Lending Club, 43% of Coatue’s deals in 2015 YTD have gone to Chinese companies including Uxin Pai and Mafengwo as the chart below shows. 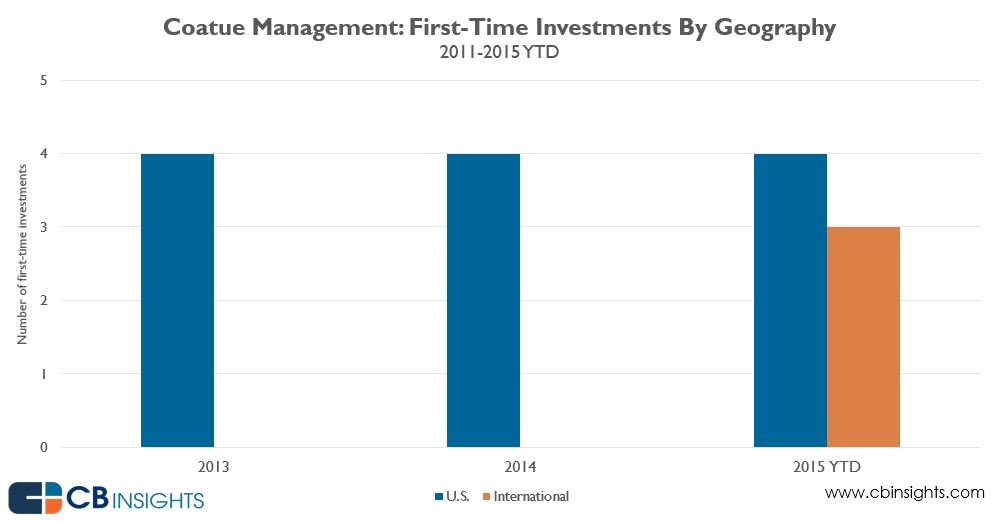 Yuri Milner’s Digital Sky Technologies, which made headlines recently for leading a new $500M investment into San Francisco-based mobile shopping app Wish, has devoted 2/3 of its first-time investments since the start of 2014 to international companies. In 2014, all of the investments went to Chinese and Indian tech companies. Interestingly, 2015 has seen DST put first-time investments into UK-based firms Funding Circle and Farfetch, even as hedge funds have largely avoided the region. 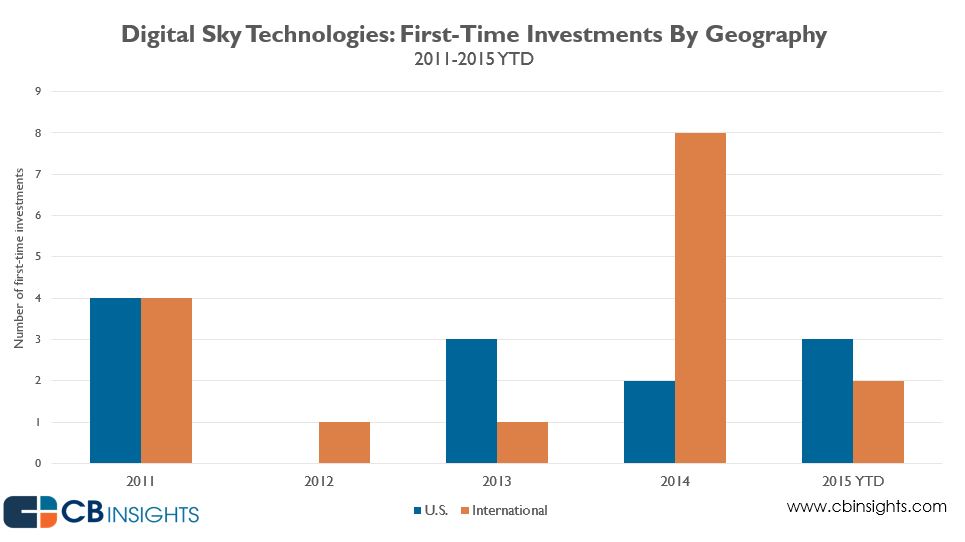