Research Brief
1743
We used the Business Social Graph to analyze where Tiger Cubs' portfolios overlap, and where they compete.

When Julian Robertson shut down his famous hedge fund Tiger Management in 2000, he seeded a number of his analysts with capital to start their own funds. The initial seeding created over 30 hedge funds, while many others have spun out of these seed tiger entities. These funds are now referred to as “Tiger Cubs”.

In public markets, Tiger Cubs have been known to invest in similar companies. 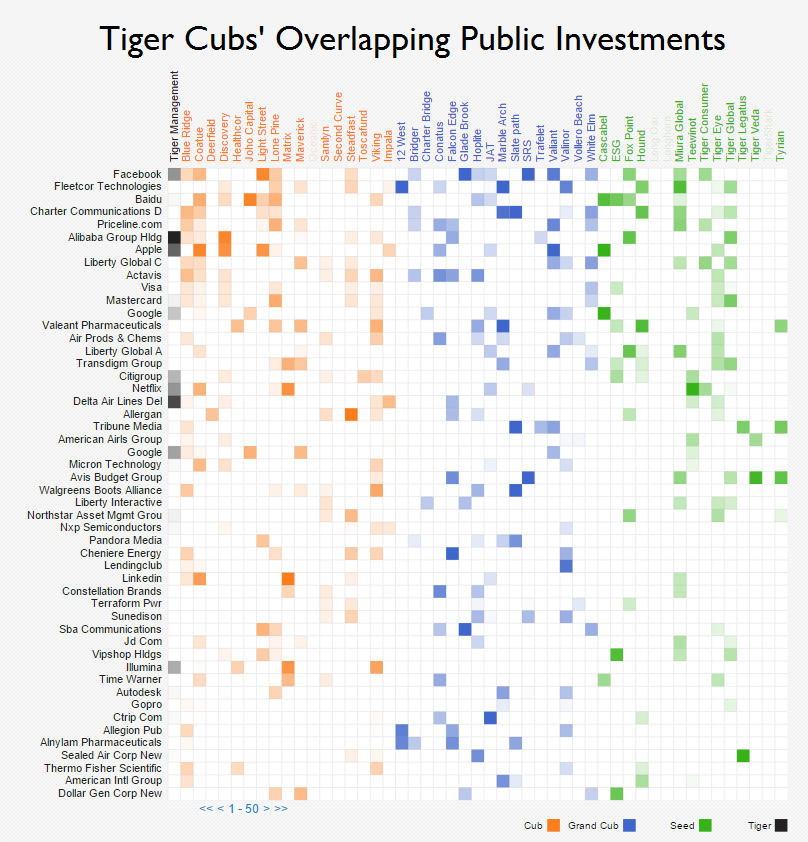 In the private markets (tech and broader VC space), Tiger Global Management is at the forefront of the boom of hedge funds investing in tech, however other notable Tiger Cubs investing in the space include Coatue Management, Maverick Capital, Valiant Capital, Viking Global, and Falcon Edge Capital, while Lone Pine Capital, and Glade Brook Capital both were part of a consortium of Tiger Cubs that contributed the bulk of the money to Uber’s $1.2B Series E financing.

We used the CB Insights Business Social Graph to analyze the tech and VC investing activity of some of the more active Tiger Cubs. Specifically, we looked at all of their investments since 2011 and while there were co-investments between funds (Coatue and Tiger share NextDoor, Uxin Pai, and Kuaidi Dache in their portfolio) we also saw two main points of competition in lending and e-hailing apps.

While it may not be a zero-sum game, the e-hailing industry is in the midst of one of the most well-funded competitions any venture-backed tech industry has seen in years.

Other direct competitors include Box, which Coatue invested in pre-IPO in its Series G versus Dropbox which landed an investment from Valiant Capital Partners in 2011. (Note: See our earlier brief on Dropbox’s irrational valuation). Maverick Capital and Viking Global both have remained relatively distant from the Tiger Cub network in private markets.

See below for the full social graph of Tiger Cubs. 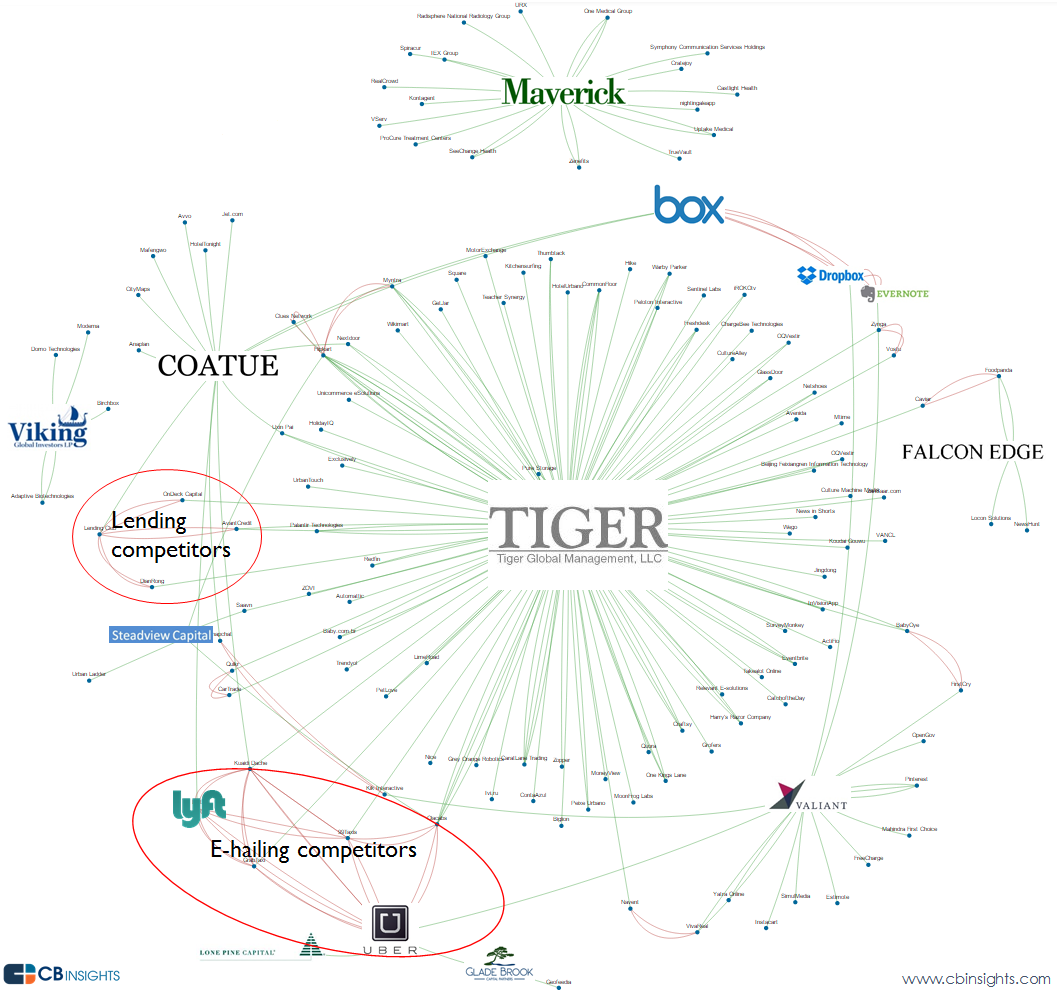 Want more information on hedge fund investing activity and to use the Business Social Graph? Login to CB Insights or sign up for free below.