Theranos, a healthcare company that claims to be able to complete over 240 different medical lab tests using blood from just a finger prick, has come under fire recently due to a Wall Street Journal investigation which calls into question the technology’s effectiveness.

We used CB Insights’ news tracking and sentiment analysis to see just how dramatically the onslaught of negative stories has driven down sentiment around Theranos, a $9B unicorn. Note: Sentiment which figures into our Mosaic algorithm will soon be available as a search filter on CB Insights. 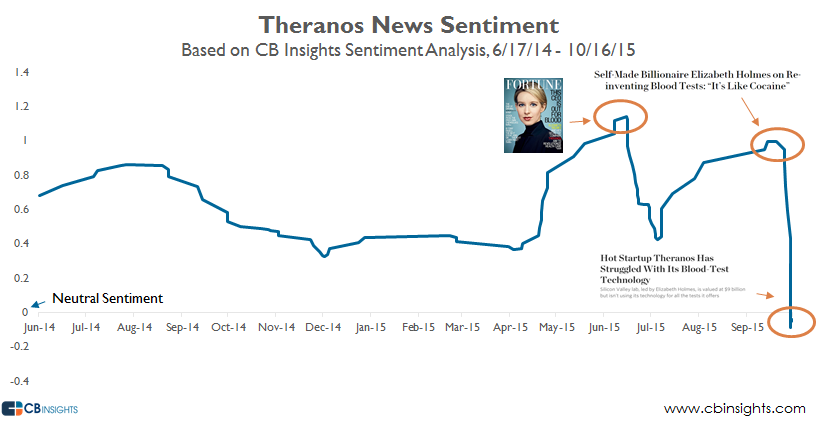 Theranos in the media

When looking at the sentiment chart above, it’s clear Theranos has had two major highs in news sentiment in the past year.

The first high was around June 2015, when Theranos had a run of great press coming as the result of FDA approvals, key partnerships, and a cover story in Fortune Magazine. Key headlines from this run of good press are below. 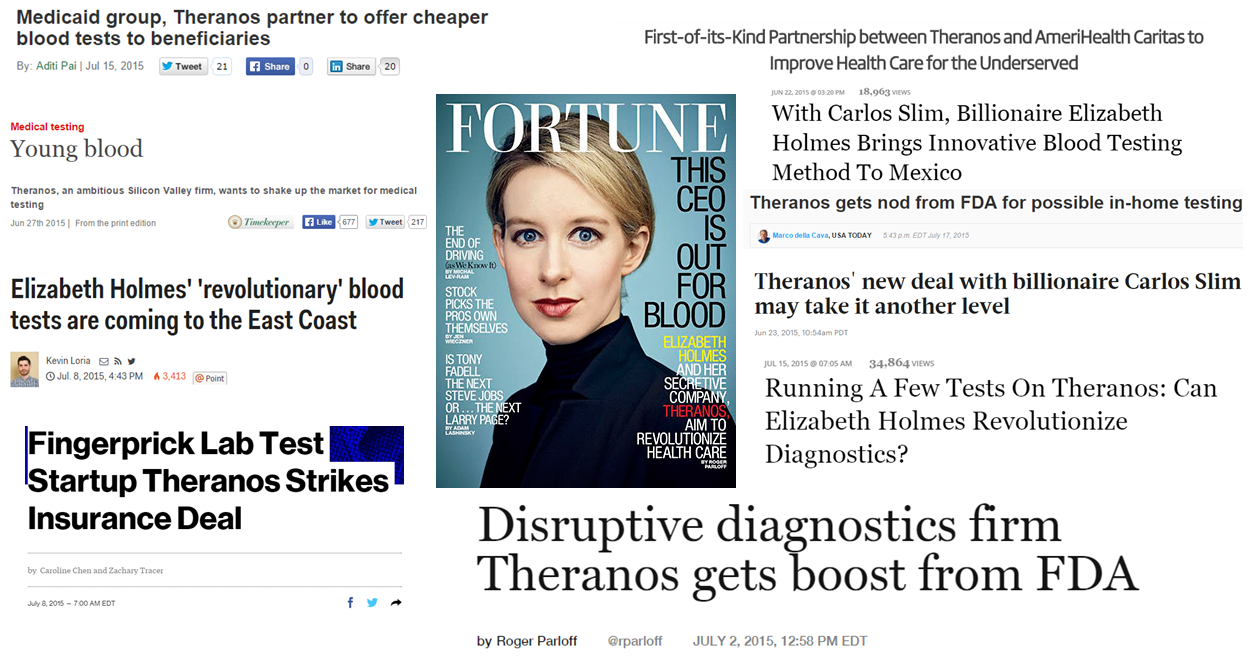 Following that, news sentiment continued to stay positive, including a run-up due to some positive press coverage around “self-made billionaire” founder Elizabeth Holmes. (For the record, her company is valued at $9 billion in the private markets. That doesn’t really make her a billionaire)

However, once the Wall Street Journal article came out on 10/14/15, sentiment on Theranos slid drastically. The company had the highest number of negative sentiment articles on 10/15/15. Negative sentiment continued to accelerate that day, amid headlines (below) about the FDA ordering the company to significantly reduce its blood testing.

The 2nd visualization below is news aggregation as it appears on the Theranos profile on CB Insights. 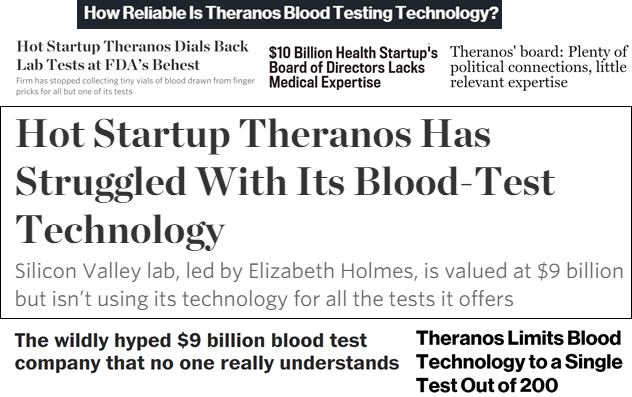 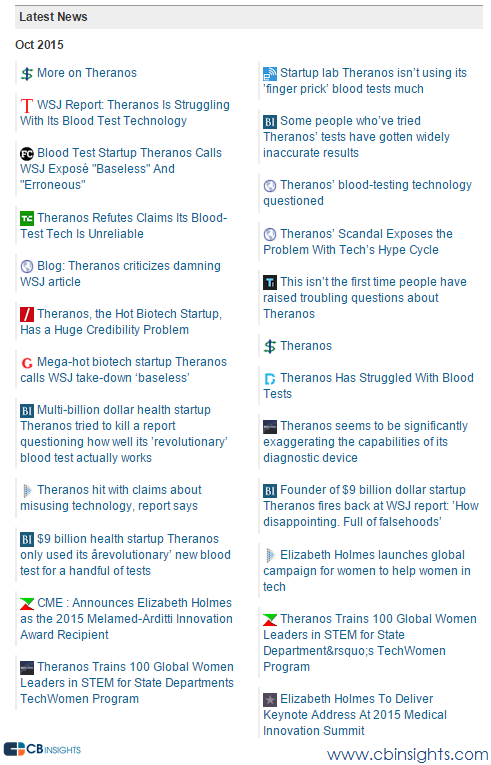 We’d looked at the media sentiment for Uber in India last year and have subsequently seen it rebound. Will Theranos?
If you aren’t already a client, sign up for a free trial to learn more about our platform.