Late-stage deals to telemedicine startups see steep drop off in 2016.

Telemedicine has transformed the role of the modern physician and expanded access to health services throughout the world. While not yet available in every hospital or country, the industry is quickly maturing as more and more physicians become comfortable treating patients remotely.

This has helped propel a big spike in funding to the space, with telemedicine startups raising over $1.2B since 2013 and deal flow exploding over the past 3 years. The industry has now seen the IPOs of market leaders like Teladoc and Telehealthcare, among many others.  And investors showed no signs up of slowing up in 2016 as deal flow hit a 5-year high.

“For purposes of Medicaid, telemedicine seeks to improve a patient’s health by permitting two-way, real time interactive communication between the patient, and the physician or practitioner at the distant site. This electronic communication means the use of interactive telecommunications equipment that includes, at a minimum, audio and video equipment.” 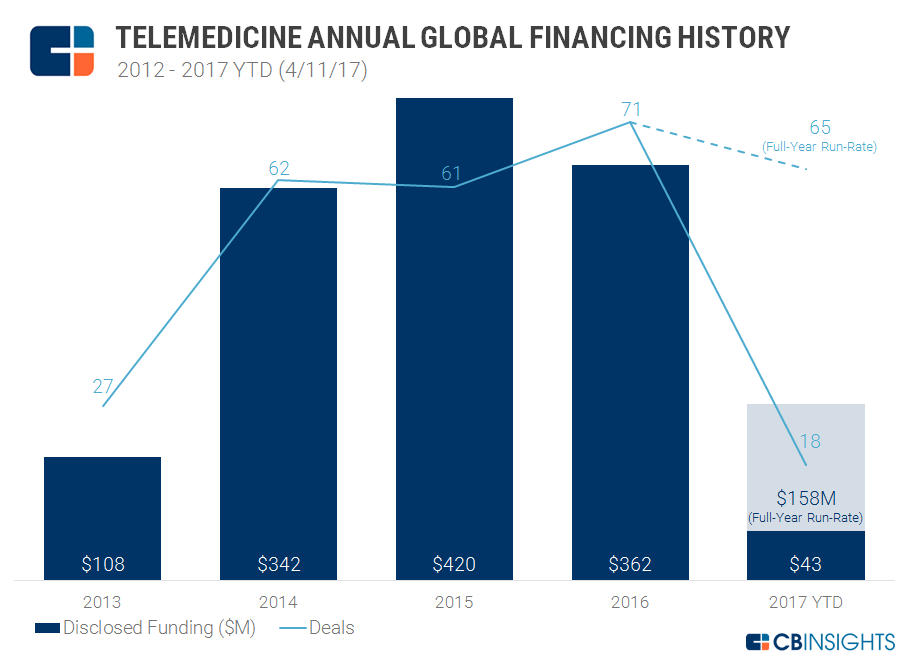 The largest deal in Q1’17 was the $8M Series B of Sense.ly from investors including the Mayo Clinic and Fenox Venture Capital. Sense.ly has developed a virtual nurse avatar that checks in with the patient periodically and updates the clinician remotely. Other deals in Q1’17 include the $7.95M Series A of Conversa Health and the $1.07M seed round of France-based Exelus from BPI France and Caisse d’Epargne. 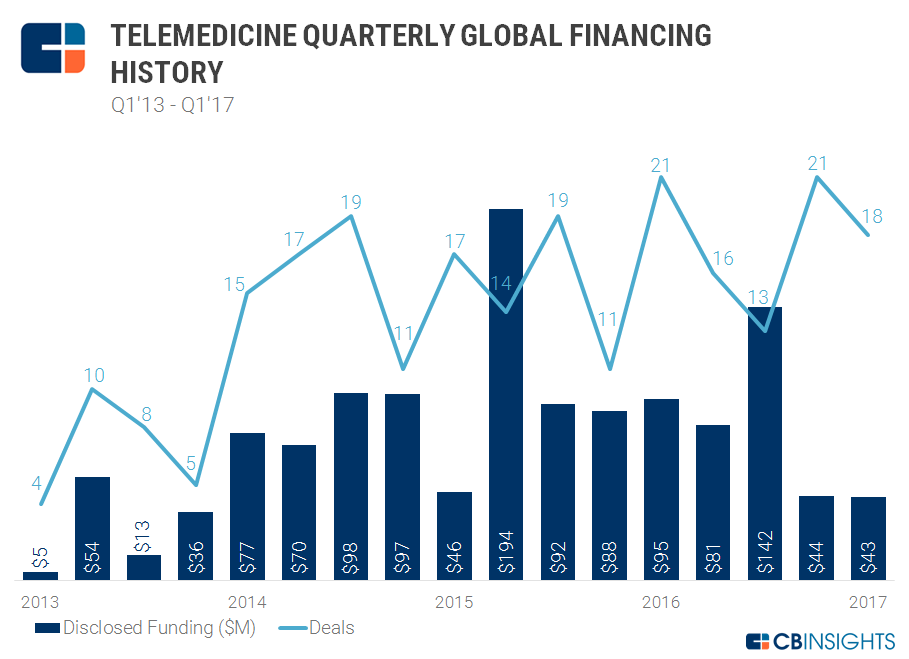 Despite the presence of public, well-funded telemedicine companies such as TelaDoc, early-stage startups continue to occupy the majority of deals to the industry. In 2016, early-stage seed and Series A deals accounted for 56% of total deal share, dropping below 60% for the first time since 2013. 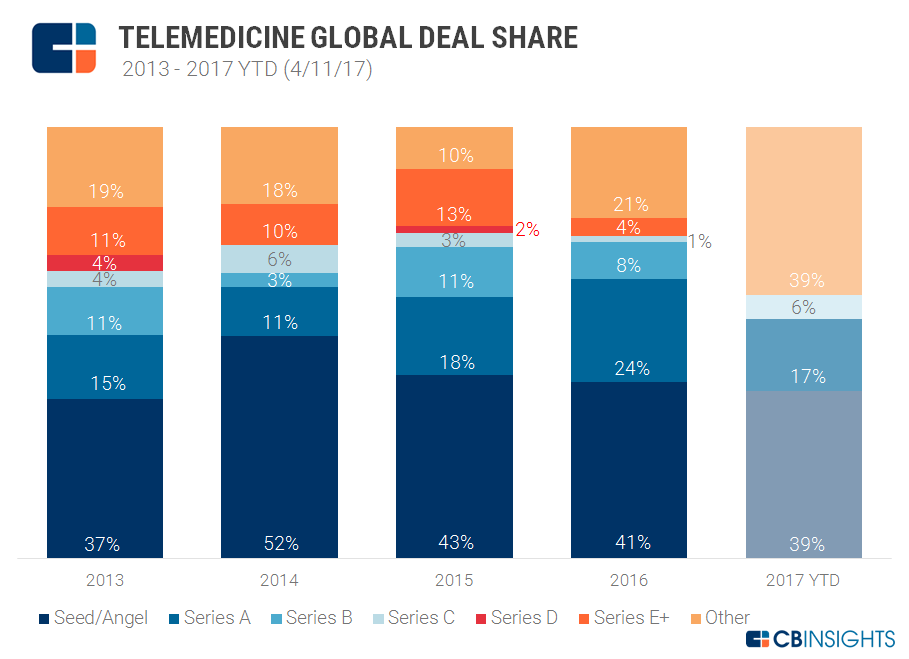 Want more data on telemedicine startups? Log in to CB Insights or sign up for free below.