Telecoms are funding virtual reality and IoT startups as they look to expand offerings and provide connectivity for next-gen products.

The telecommunications industry is growing increasingly dynamic as a host of technologies, including IoT devices, connected cars, big data, and AR/VR, begin to redefine what connectivity and media consumption mean. To keep up, big telecoms are investing in startups, stepping up their M&A activity, and expanding their offerings. For example, Verizon recently bought Yahoo!, AOL, and connected fleet startup Telogis, while Comcast announced it’s launching a wireless service next year.

We used CB Insights’ Business Social Graph, which shows how investors and target companies are interrelated, in order to analyze where some of the top players in mobile, broadband internet, and cable are striking deals.

Specifically, we analyzed the investment activity of the following 20 telecom corporations and corporate venture arms (including corporates that provided cable TV service or telecommunications infrastructure), which were the 20 most active dealmakers since 2014: 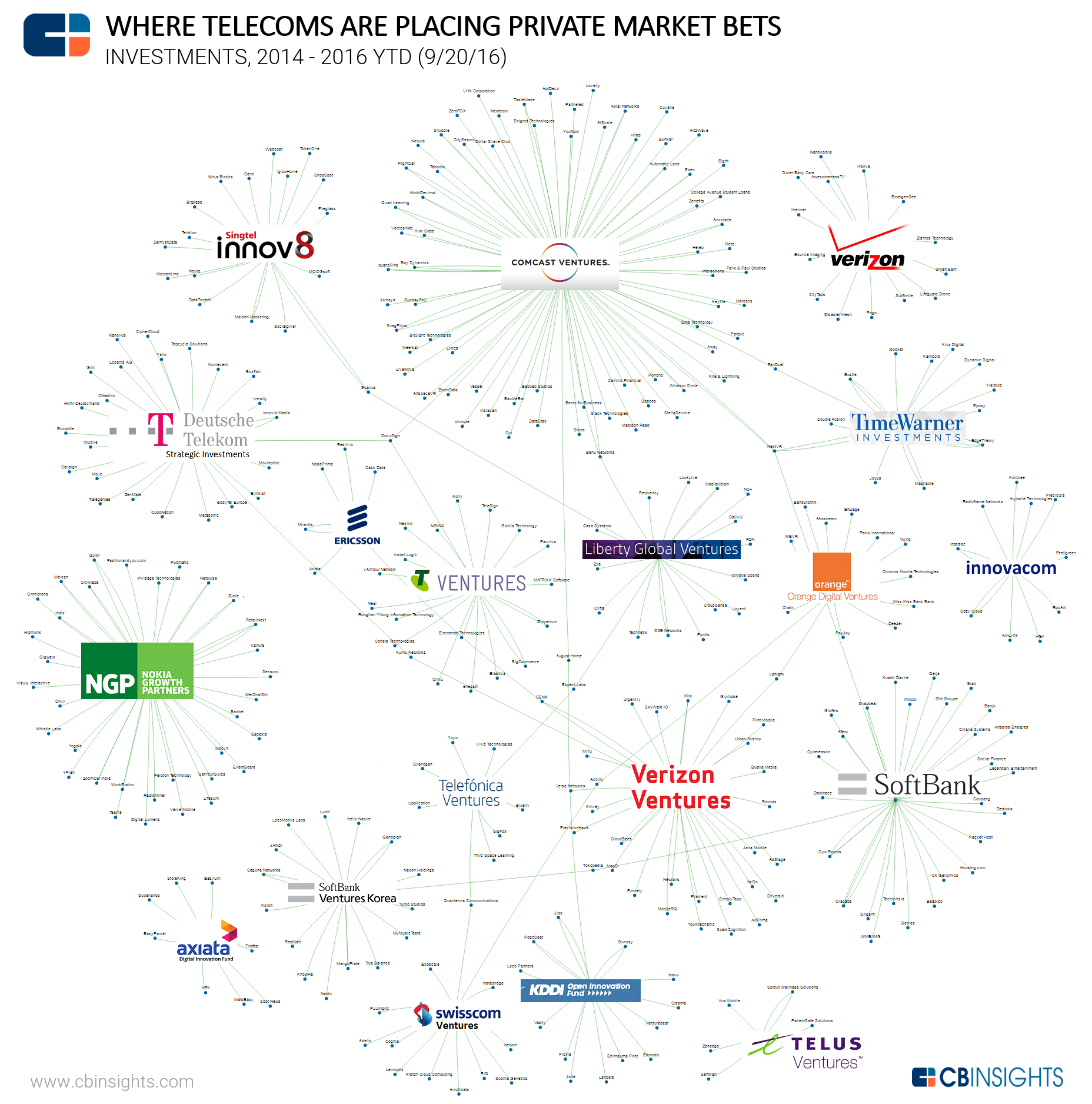 Want more data about corporate investors and startups? Log in to CB Insights, or sign up below.