Research Brief
2727
2015 saw a peak of 183 mega-rounds into VC-backed tech companies, but this year has started slow.

As the creation of new private unicorn companies valued at $1B or more has slowed down, the frequency of $100M rounds into VC-backed tech companies has also fallen off its peak pace.

More than half of the deals in 2016 so far have happened in Asia, including $100M+ rounds to Oyo Rooms, Tokopedia, and Zhaogang. 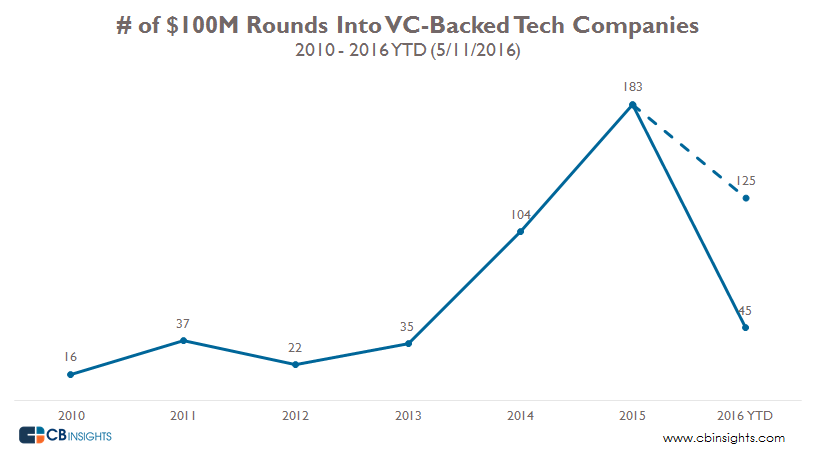