We used CB Insights data and our private company valuations and multiples search to identify more than 400 $100M+ VC-backed US tech exits since 2009. We dug into the exits to analyze their capital efficiency, the ratio between the company’s valuation at exit and total disclosed funding.

When we break down the recent cap efficiency trends by year, we see that large exits are actually becoming less capital efficient over time. 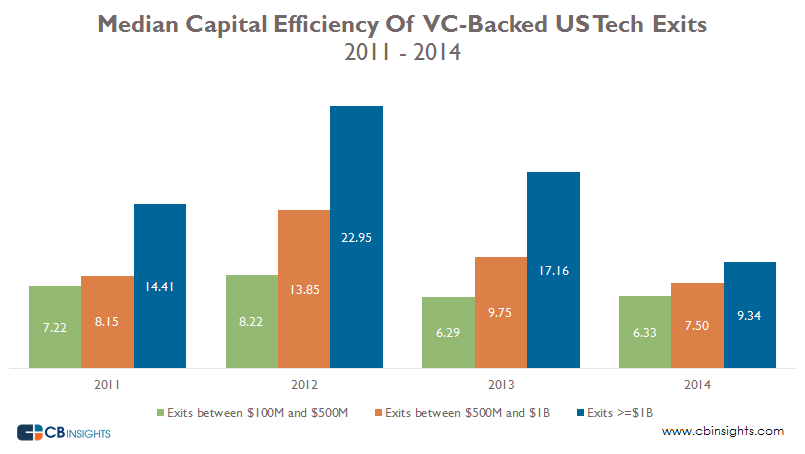 Note: We did not include 2015 year-to-date in our analysis, since the overall lack of exits has restricted sample sizes dramatically. For example, there were only 4 exited companies so far this year in the $500M to $1B range 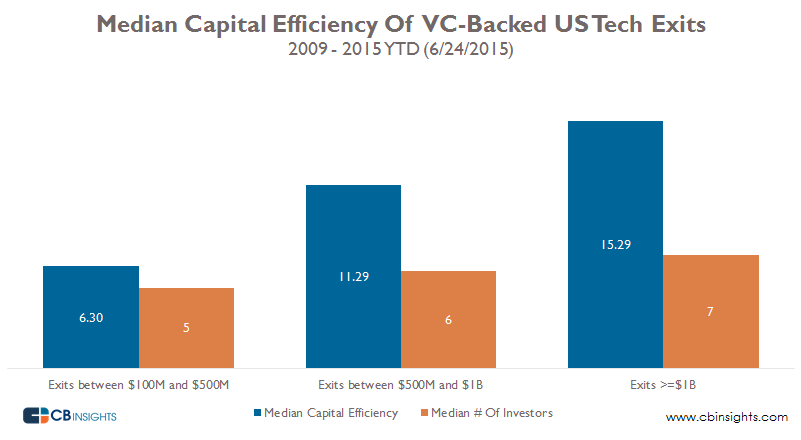 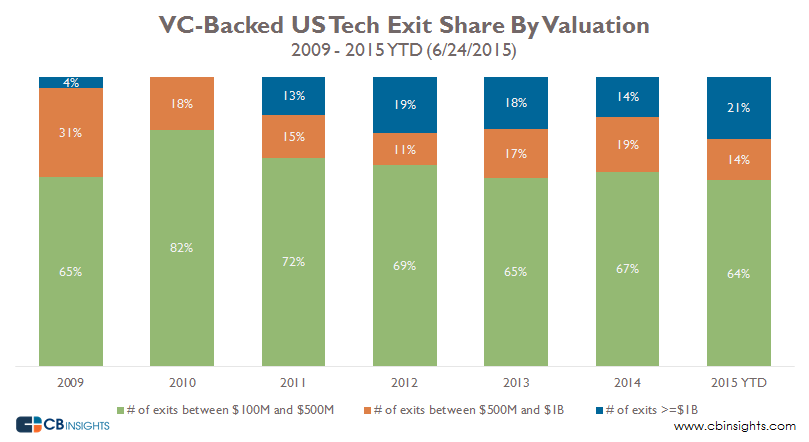 Want more data on capital efficiency? Check out our venture capital database below.

*Analysis did not include debt or grant rounds, or investors in those rounds

**Analysis only included first exits, i.e. companies which IPO’d and which were subsequently acquired are not included