December looks like it will be the 2nd most active tech IPO month of 2014 behind only March which saw a total of ten public offerings including Coupons.com, Castlight Health, and Aerohive Networks, among others. 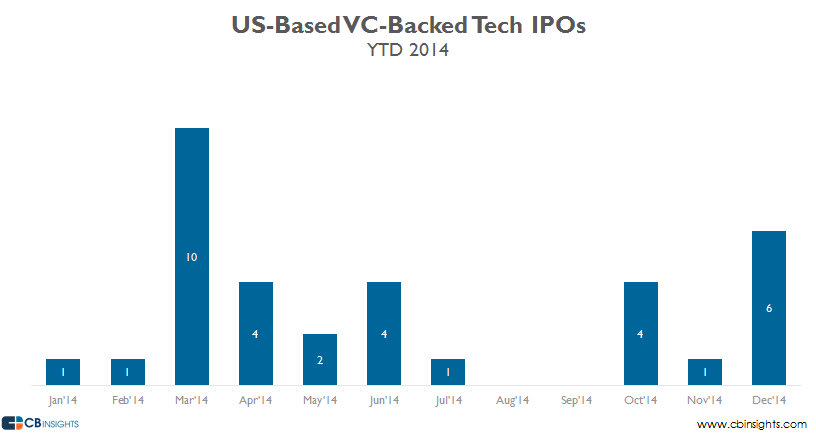