Venture capital plays a significant role in both healthcare and tech, but how do their exit outcomes stack up against each other? We used our valuation data to compare the two sectors based on disclosed valuation data for VC-backed US companies.

When we look at median exit valuation over time, healthcare tends to trend significantly higher than tech. While tech companies have maintained a median exit valuation above $100M for the past 5 years, the range is fairly erratic compared to healthcare, jumping from $106M in 2016 to $170M in 2014 and then back down to $100M the year after. Healthcare has stayed above the $200M range since 2012, with a tighter spectrum between $202M and $229M. 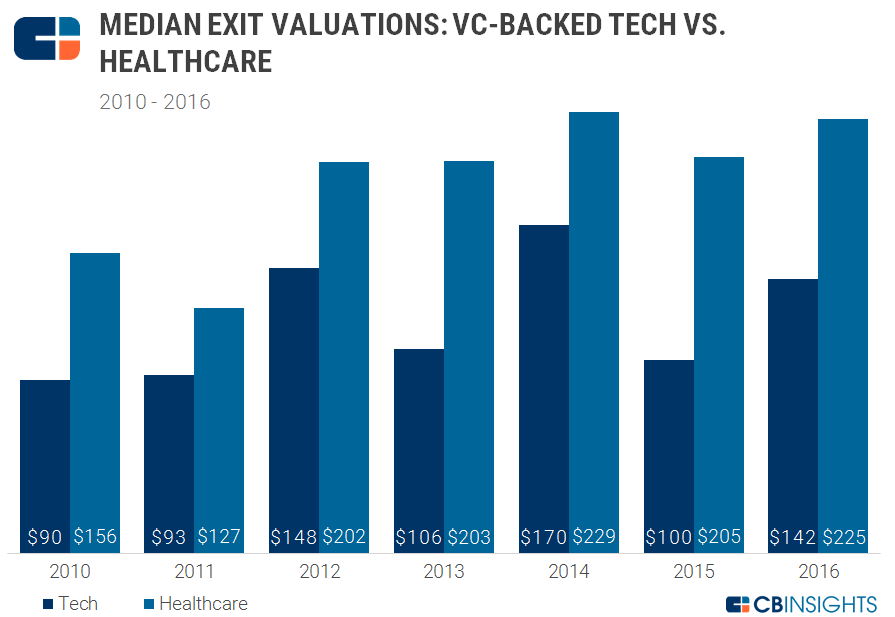 However, when it comes to the number of large exits, tech has seen more. Both sectors saw a peak in $100M+ exits in 2014, with tech reaching nearly 100 large exits, while healthcare saw 77. The next year was the only year since 2010 when tech actually dipped slightly below healthcare, with 58 exits. Tech also sees more extreme outliers overall, seeing 10 or more $1B+ exits every year since 2011, except 2015, which saw 8. Healthcare has not seen more than 5 in any given year. 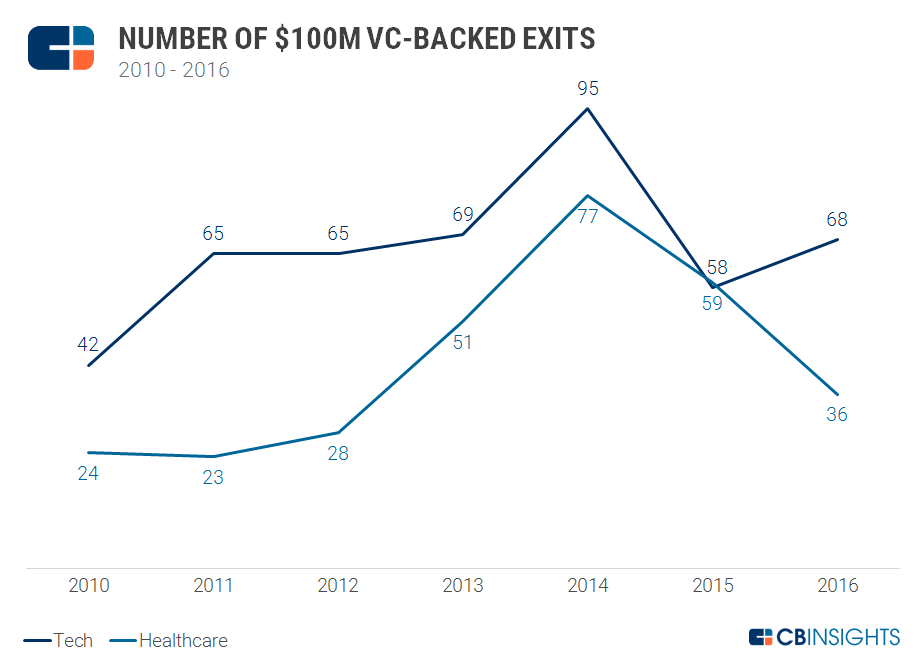 It’s also worth noting that the largest exits in healthcare were M&A, compared to tech companies which typically go public. Of the top 20 largest tech exits, 15 were IPOs, while 14 of the top 20 healthcare exits were M&A. This largely reflects the different dynamics between the industries, where promising companies in healthcare tend to get acquired after reaching certain milestones (i.e. clinical trials) or go public earlier in the lifecycle of their company. Tech companies on the other hand tend to reach sizes too large to be acquisition targets and instead can continue to raise more in private markets before going public. 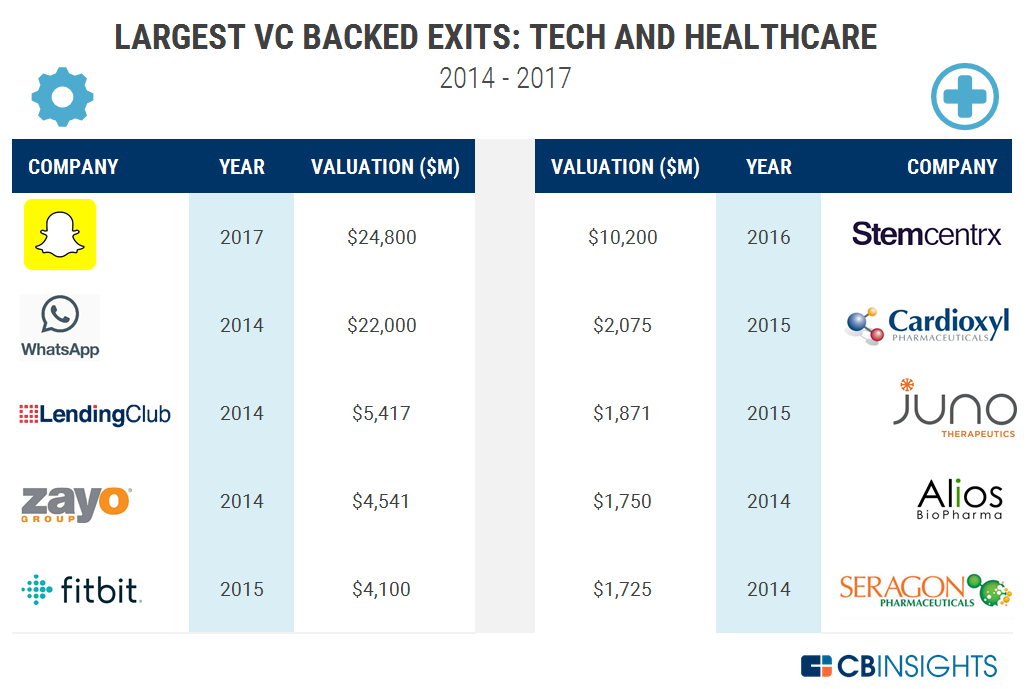 Want more data on valuations? Check out our private market database or sign up below.