Research Brief
2171
Big US tech exits and IPOs are scarce in 2015. There were only 12 IPOs in the first three quarters.

After a healthy 2014 in the exit market for US tech companies, 2015 has slowed down.

That said, the projected exit total would still put 2015 second among the last 6 years for most exits. The real slowdown comes in the form of IPOs: there have only been 12 this entire year, as companies find financing in the private markets and choose to stay private longer and longer. 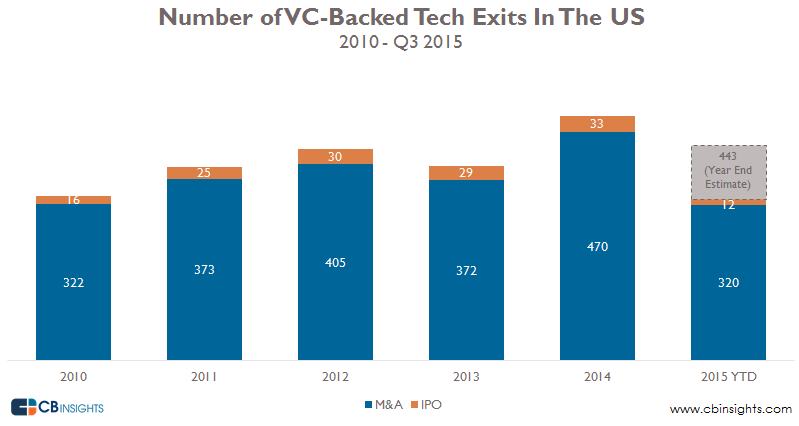 What 2015 definitely lacks are sizable exits. For companies with disclosed exit valuations, the aggregate exit valuation for US VC-backed tech exits has fallen significantly, so much so that the amount going into tech in the form of VC funding now exceeds the amount coming out. 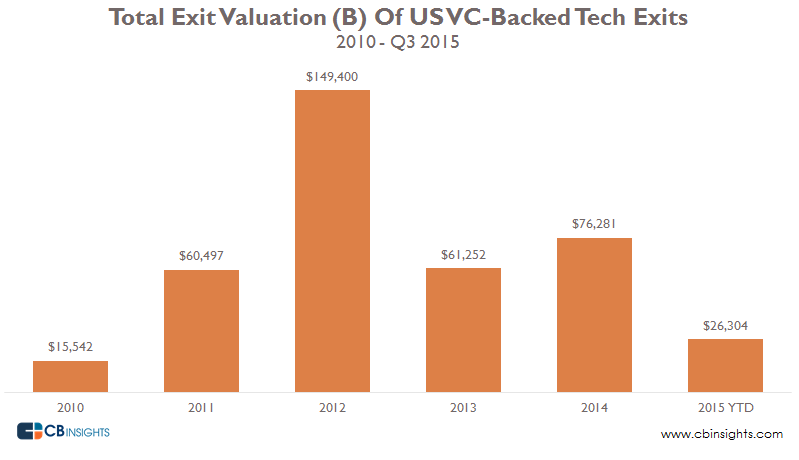 The chart below also shows a downward trend for the median amount raised by VC-backed tech companies in the US before they exit. Combined with the first chart, this data suggests that many more small exits are happening. This could be driven by a variety of factors, including the demand for engineering talent leading to more acquihires and startups acquiring other startups, among others.

In other words, consolidation is happening within the private markets leading to a high volume of exits but not large ones. 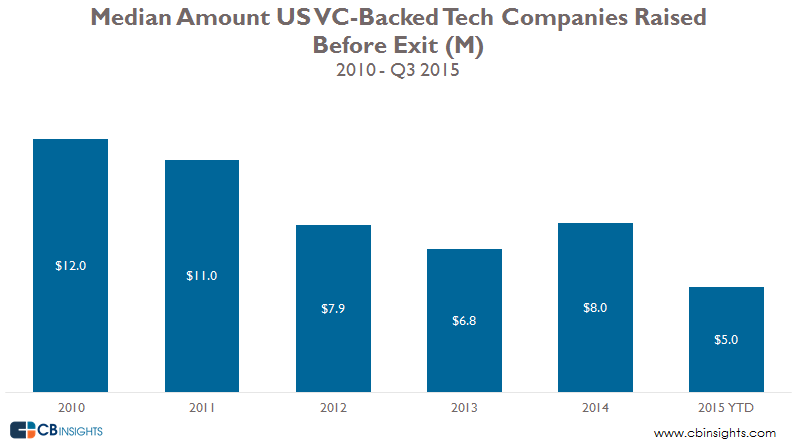 SV Angel was the most exited investor, with more than 15 exits this past year (though it should be noted that a large number of those exits were underperformers, including Leap Transit, Aereo, and Fab.com). Intel Capital, repeatedly one of the top corporate venture investors, came in second with two unicorn exits this year, those of Box and Virtustream. Eleven investors had more than 10 exits so far in 2015.

*Analysis only included first exits and fundings leading up to those

**Analysis did not include debt or grant rounds