Research Brief
2499
When looking at the last round raised before exit, the data shows one-fourth of exited tech companies don't go beyond the seed stage.

We used CB Insights data and analytics to dig into this data further.

Last round raised before exit

Interestingly, not all early-stage startups need to raise multiple rounds of funding to exit for a hefty valuation. For example, UK-based real estate tech company Purplebricks last raised a $11.7M Series A before going public at a $360M+ valuation, and cybersecurity startup Caspida raised $9.7M in Series A funding before being acquired for $190M. 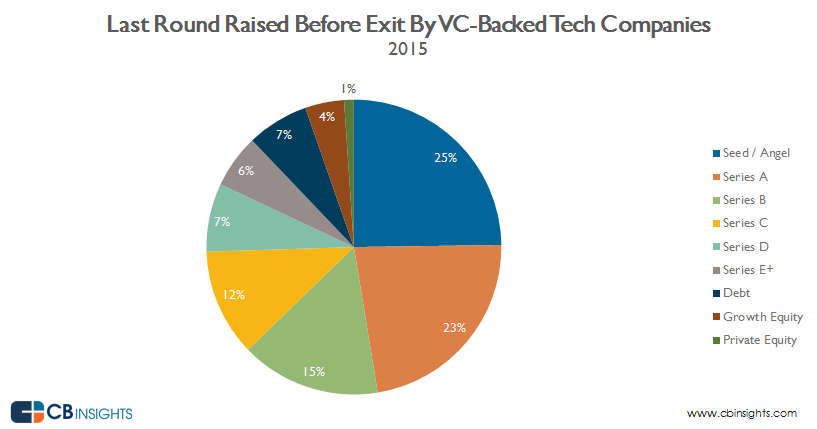