Research Brief
1400
Google is tech's most acquisitive player, but where do others stack up, and how are the rankings changing over time?

2014 has already seen massive tech M&A with WhatsApp, Nest and Oculus alone being acquired for more than $24B in aggregate exit value.  Using CB Insights data, we ranked the most active tech acquirers by year to see who’s snatching up the most private tech companies and how the active acquirer landscape has shifted over time.

Below are some highlights: 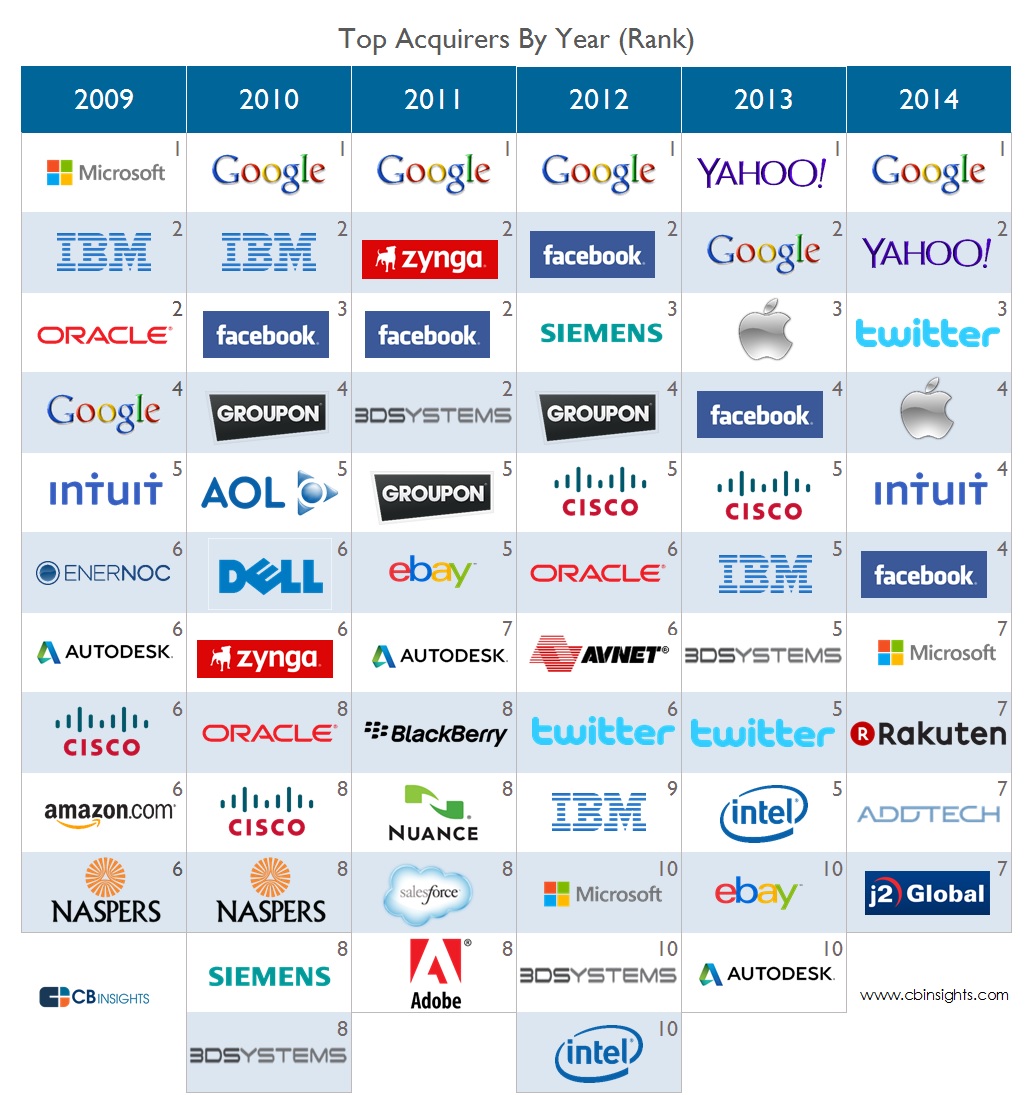 The highlights below show the companies that have consistently been top acquirers and some of the movements in their M&A rankings over time. Of course, Yahoo’s sudden rise as an acquirer in 2013 and 2014 is easily seen as well. 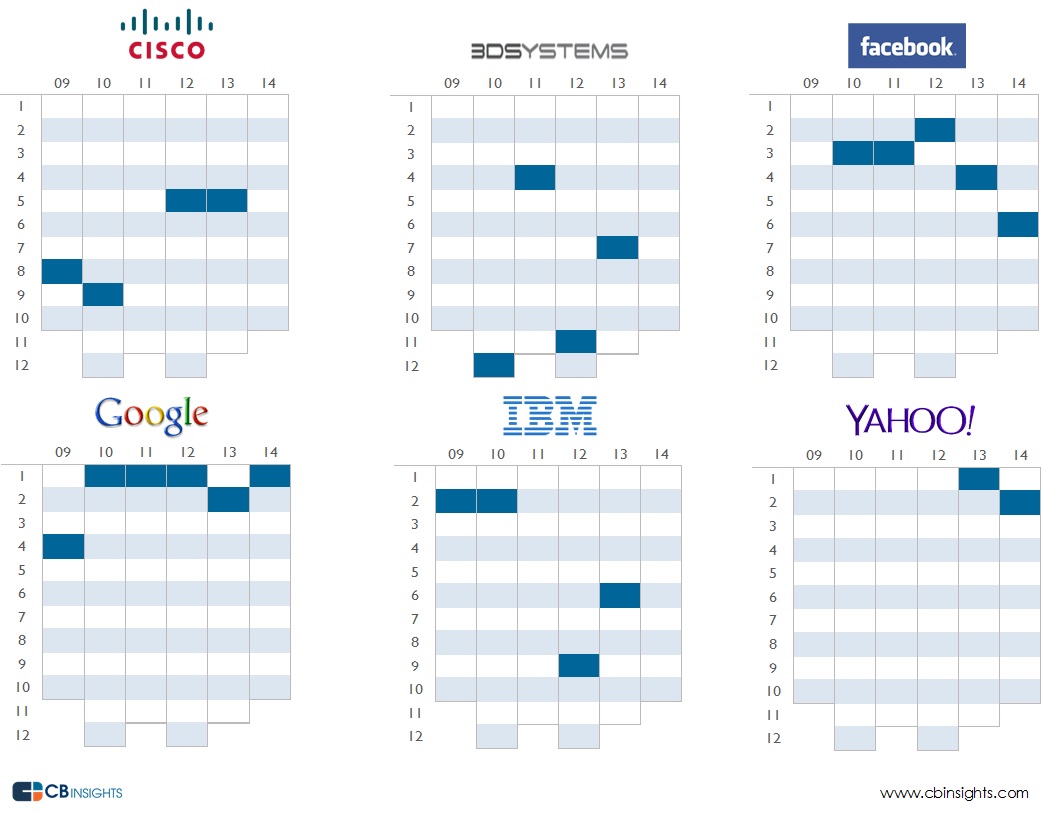