Team Blog
After seven years in the tech industry, I decided to chase my once-abandoned dream of becoming a software engineer. Here are my early observations. 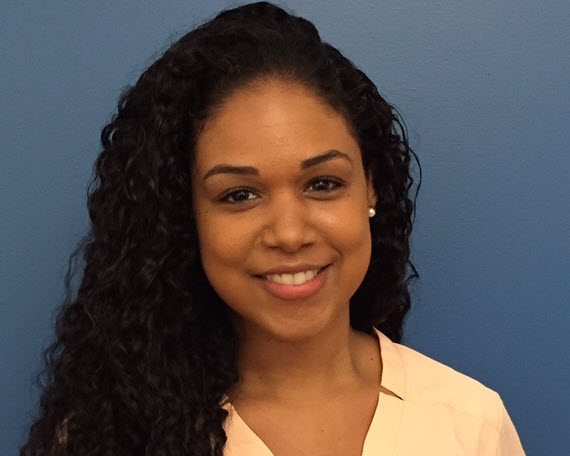 “Good luck with that,” they wished me.

After seven years in the tech industry, I had decided to chase my once-abandoned dream of becoming a software engineer.

I had relatively little day-to-day exposure to the gender gap in my advertising sales role. But my friends and colleagues offered reminders that the switch meant I’d have to face the issue head-on. It wouldn’t be the first time.

Twelve years earlier I walked into my first computer science class at Yale College and promptly turned right around. I didn’t see anyone like me in the classroom, and there were just too many other life-changing things to deal with as a college freshman. So I instantly abandoned my plan to double major in psychology and computer science.

Since that day I have been inspired by organizations that teach girls to code. It occurred to me that if I could so easily believe in their ability to change the landscape, I should find the strength to believe in my own. The story of a young woman who gave up because it got too hard didn’t quite sit well with me and wasn’t one I wanted to share with the young girls I was trying to encourage.

My hope was that I’d have the resilience and courage now that I couldn’t quite muster up back in college.

I read article after article about tech’s four-letter word: diversity. I was ecstatic that people were talking about this. It meant they actually cared and wanted to evoke change. But I couldn’t help also take it as proof that I was in for a major struggle.

The three most underrepresented groups?

Well damn, check, check and check. This is going to be interesting.

My journey to becoming a developer centered around my training at Dev Bootcamp. When I first arrived I instinctively counted the women in my class — five out of thirteen — about four more than I expected. Our first instructor was even a black female engineer. I was on cloud nine. The universe was sending me a sign that I belong.

I was certain the level of diversity in my class would be tough to find in a post-graduation job. The numbers simply aren’t there (yet). But I was happy nonetheless. I was fortunate to learn in an environment that was nurturing, safe and where we could openly talk about sexism in the field. We practiced having difficult conversations and learned how to be ourselves in a new environment. I met incredibly smart women and equally great men who were proud that our class had the largest percentage of graduating women in the school’s history. On graduation day I felt ready to take on the world.

Then just weeks later the day of my CB Insights interview came, the very same day of the Eric Garner verdict. I realized that maybe I wasn’t so ready after all. I was in a vulnerable state identity-wise and wasn’t looking forward to being in a place where all signs pointed to “you won’t be understood here.”

I had readied myself for a bad interview but was pleasantly surprised. Every person I met greeted me with a warm smile. No intimidation tactics. No culture questions that singled me out as a misfit in tech’s notoriously bro-y culture. During one interview my story of being the lone female in a computer science class came up and it was totally fine! I left thinking this is a place where I could be comfortable.

And then it happened.

That moment I had been warned about but hadn’t yet steeled myself for. At the company holiday dinner a soon-to-be coworker asked me what team I’d be joining.

“The dev team,” I beamingly replied, proud of myself for using cool lingo, hoping it would disguise both my greenness and extreme insecurity.

I had a lightning-speed internal argument.

Before I could say anything, a fellow dev team member did the replying for me.

“No, the development team” he said, with a slight head shake and raised eyebrow.

It might’ve been my imagination, but in my head he got it.

He got this is what women engineers have to deal with all the time. He got the frustration of having to assert your identity at every turn. He got that this wouldn’t happen if I looked like him. And even if it was all just in my head, I was thankful he had my back.

Months into my new job and career, I’ve found that the best way to make work a safe space is to talk about the things that matter to you. Don’t hold back because you think someone won’t care or understand. Give people the opportunity to learn why talking about diversity matters to you and why it should matter to them too.

Recently, I shared my desire to attend a women’s conference with a male co-worker. Not only did he listen, he’s gone on to share several women’s conferences with me that I might’ve not heard about otherwise. He even talked about his experience of being amazed at the lack of diversity at a conference he attended. And when another co-worker heard about my passion for volunteering with Black Girls Code, she said to give her a heads up next time and she might help out.

In addition to helping me become a better software engineer, my teammates support me on the issues that matter most to me. They’ve assuaged the fear I had years ago that I had to suppress an important part of myself in order to make it in this field. I’m able to give my all and pursue my dream precisely because I can be myself and be accepted.

It turns out that while I wait patiently for more people who look like me to join the tech industry, I’ll be OK because I’ve got the next best thing. I’ve got allies.