At CB Insights, we adopt a traditional CSS approach. Here's why. 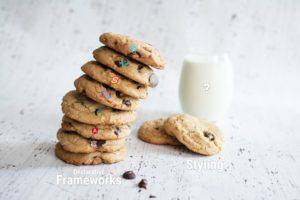 So, which one do you choose?

It’s 2019, so our assumption is that the development community surely would have already rallied around a single solution for styling interfaces, similar to how the community has rallied around React & Redux — right?

The truth is that these days there are more options for styling than we’ve ever had, and the right choice is more ambiguous than ever.

We can make 2 general classifications of the multitude of approaches for creating styles for the web:

CSS-in-JS has its own unique advantages, but also has its shortcomings. We believe CSS with some small libraries / methodologies sprinkled on top (CSS Modules, PostCSS, Functional CSS), is a vastly superior approach. Traditional CSS is battle tested and works better at scale.

Our philosophies and choices make sense for our business case. Always be wary of anyone selling you a silver bullet, especially as it relates to software development. Just because it makes sense for Google or Facebook, doesn’t mean it’s the absolute right choice for everyone.

Our rationale for choosing traditional CSS will perhaps resonate with you, or hopefully spark some thoughts and conversations with your teams. So with that, let’s dive into the reasons.

Don’t lock yourself into a framework

Here at CB Insights, we work heavily with React — but there are also plenty of other frameworks, and we’d like the ability to pivot if we find something that works better for us. 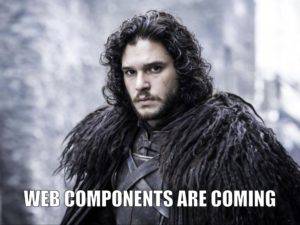 It’s worth mentioning that the most popular CSS-in-JS library, Styled Components, only supports React & Preact.

While Styled Components is a great CSS-in-JS library, you create the opportunity to add unnecessary complexity, or introduce complex discussions around CSS (again, imagine big teams). You can sidestep this completely and gain a lot of the encapsulation CSS-in-JS provides you by using CSS Modules.

There is a learning curve with CSS-in-JS. Sure, you can get started fairly quickly, but when you have a large codebase with 20+ developers of varying experience contributing, modifying, and generalizing for broader use, it can get tricky. You don’t want your code to look like one specific engineer authored it. When working with CSS-in-JS, this becomes a huge challenge.

Let’s use Styled Components for instance:

I think as developers, we can be drawn to the newer, shinier tool. Given the current landscape of front end development, there is no shortage of cool new things to learn. But often enough, those who adopt a traditional CSS approach can actually spend more of their time working on interesting and cool problems rather than spend time in code review debating Styled Components interfaces (which often come dangerously close to bike-shedding).

The promise of CSS-in-JS mostly has been the promise of encapsulation, namespacing, and co-location of component and styles. These are all admirable goals; however, with traditional CSS and libraries like CSS Modules, we can have our metaphorical cake (achieve encapsulation, namespacing, co-location), and eat it too — a legacy-compatible and future proof CSS system, in a familiar format for developers, without the added complexity. That leaves us more time to discover more problems to work on.

If you liked this article, stay tuned — as we have a lot more on the topic of frontend development!

If any of these ideas interest and intrigue you, we’d love to hear from you! We’re building a world class team at CB Insights, and we’re looking for talented people. Please email us at careers@cbinsights.com.