Indie.Bio, Y Combinator, and Viking Global Investors are among the most active investors in synthetic biology startups.

Synthetic biology startups are flying high as investor interest rises. Investors put more dollars into private companies in the space in each of the last five years, with funding surpassing $1B for the first time last year. Investors are now placing bets on startups developing everything from new food products to fuel-producing bacteria to DNA-based therapeutics.

Below we used CB Insights data to dive into the number of investors making their first synthetic biology investment each year as well as the most active investors helping propel the syn-bio movement.

While 2016 fell to 64 new investors, this still represents increased investor interest in the space compared to just two years before. Corporates such as Bayer, Monsanto, and Novartis have all made synthetic biology investments in the past 5 years alongside smart money VCs such as Khosla Ventures, Andreessen Horowitz, and Founders Fund, among others. 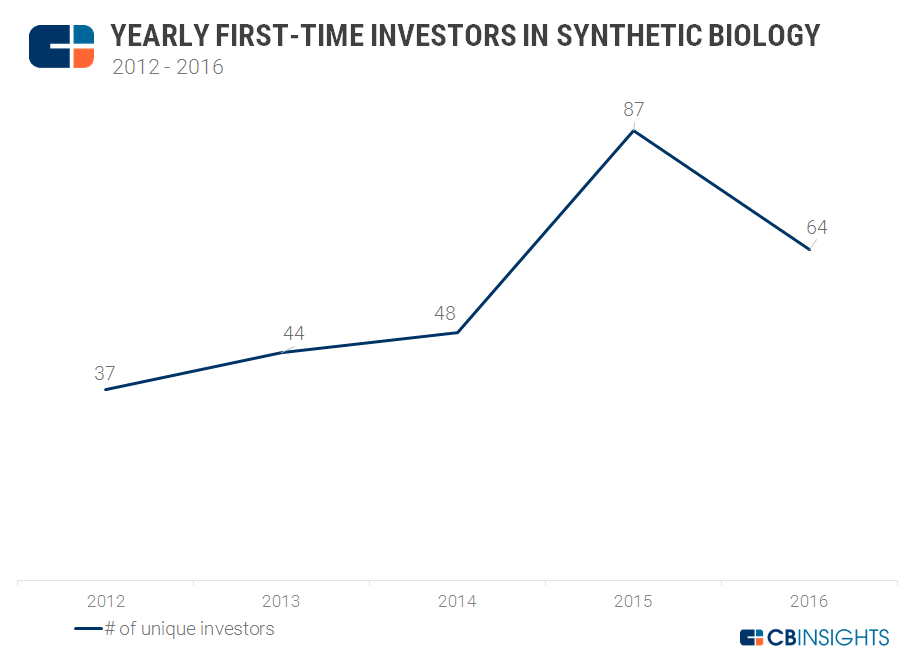 The most active investor in synthetic biology startups by far is the San Francisco-based accelerator Indie.Bio with 14. Indie.Bio is a seed-stage biotech accelerator that provides $250K in funding, as well as lab and co-working space, and mentorship in exchange for 8% equity. Indie.Bio has invested in companies working on synthetic egg whites (Clara Foods), gene synthesis (Genesis DNA), milk production (Perfect Day), and chemical production (Zymochem), among other areas.

Y Combinator has previously invested in genetic sequencing startups, research platforms, and drug discovery companies. However, they have just recently become interested in synthetic biology as a majority of their investments occurred in the past 2 years. For example, Lygos engineers microbes to convert sugars into industrial chemicals such as bio-malonic acid, while Ginkgo Bioworks, one of YC’s first biotech investments and a competitor of Draper Fisher Jurvetson’s portfolio company Zymergen, designs custom microbes to produce scents and flavors among many other applications.

Editas Medicine, a genomic medicine company which recently won a patent dispute for the rights to the revolutionary CRISPR gene editing technique, is the most frequent investment target among the most active investors. Other common co-investments include Impossible Foods and Perfect Day, both working on perishable products such as meat and milk.

The field has also seen significant cross-over investment from Viking Global Investors, a hedge fund, and Alexandria Real Estate Equities, a real estate investment trust (REIT), both with stakes in Editas Medicine. Viking Global Investors has recently participated in deals to Ginkgo Bioworks and genomic medicine company Moderna Therapeutics. Alexandria Real Estate Equities, on the other hand, has increased its activity in the agricultural sector with recent deals to AgriMetis, focused on crop protection, and Agrivida, developing crops that produce chemicals, fuel, and other bioproducts. 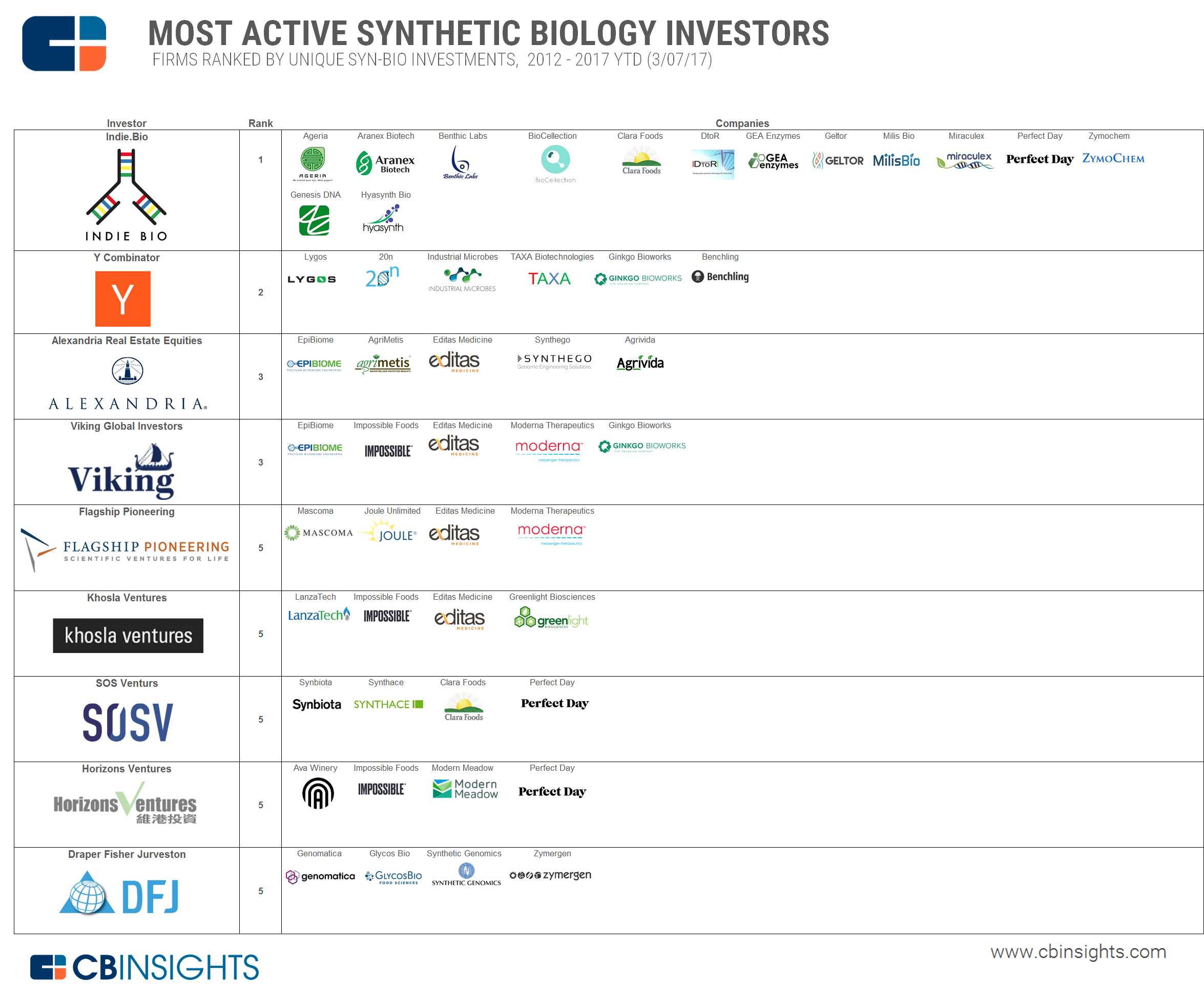