In a milestone year, global funding to private synthetic biology startups surpassed $1B in 2016. While biological engineering is not a new science, the surging reliability of genetic editing techniques and their increasingly creative applications have led to synthetic biology startups attacking everything from consumer goods to industrial chemicals.

And corporate investors such as agriculture giants Syngenta and Mosanto and pharmaceutical manufacturers such as Novartis and AstraZeneca have taken notice. More corporates invested in synthetic biology startups in 2015 alone than from 2012-2014 combined. While the industry is now experiencing a democratization of genetic editing techniques due to lower costs and increased availability, corporate resources will likely be key to scaling beyond the lab. 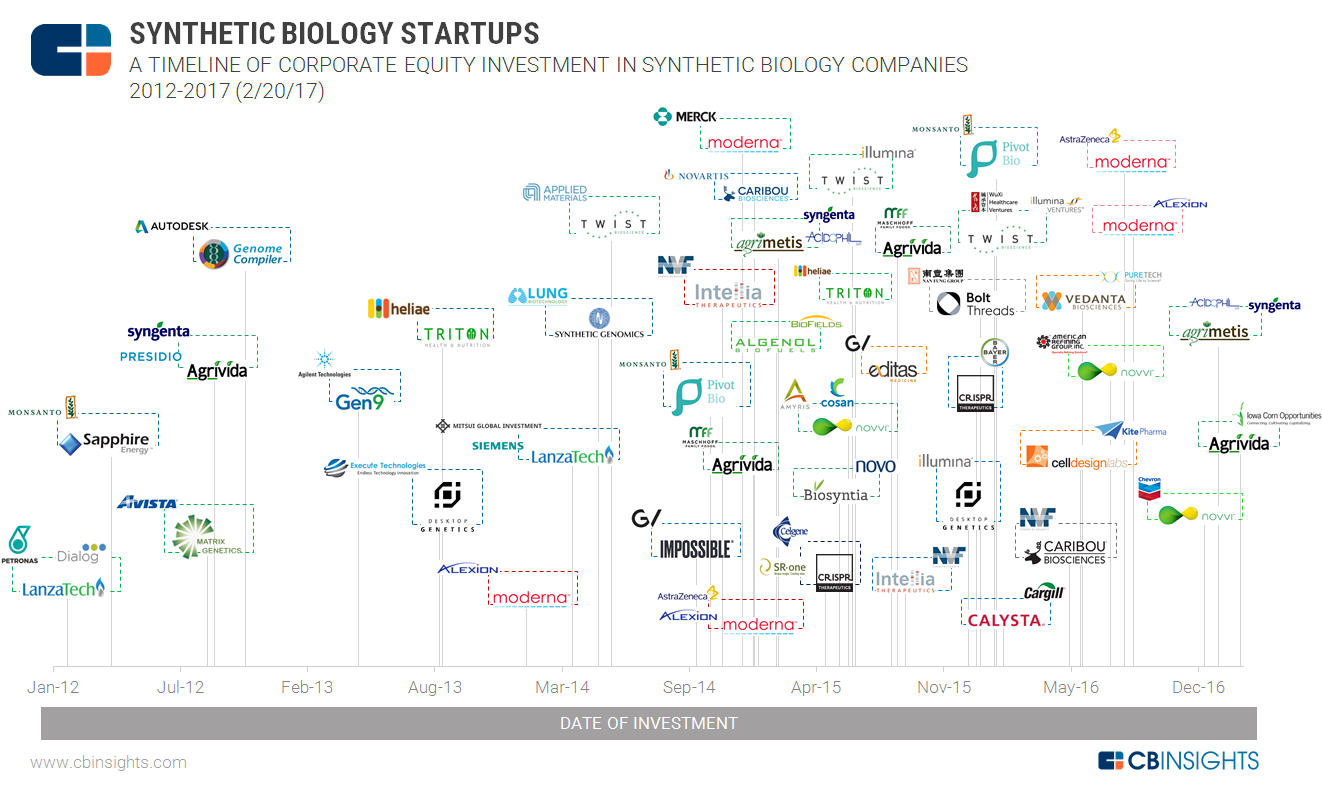