Just four years ago there were only 9 corporate-backed deals to private companies in the category, but 2016 is on pace to reach 57 deals at the current run-rate. In 2016 year to-date (10/21/16), corporates have participated in 46 deals totaling $1.7B in investment.

In lockstep with broader trends in overall deals to the space, corporate activity has spiked upwards recently, with a quarterly record in Q3’16 of 20 deals involving corporates.

We used CB Insights data to see funding trends involving corporates, their activity by deal stage, and identified the most active players in the investment space. We include only equity deals and exclude debt deals and lines of credit.

We define this category broadly to include companies that use software to improve efficiency across the supply chain and logistics ecosystem. However, we exclude on-demand companies restricted to specific verticals (e.g., we do not include those companies focused exclusively on restaurant or grocery delivery, or consumer moving companies).

Corporate activity has increased significantly since 2012, with deals involving corporates increasing every year from 2012 to 2015. 2016 is on track for another climb as deals are projected to reach 57 at the current run-rate. 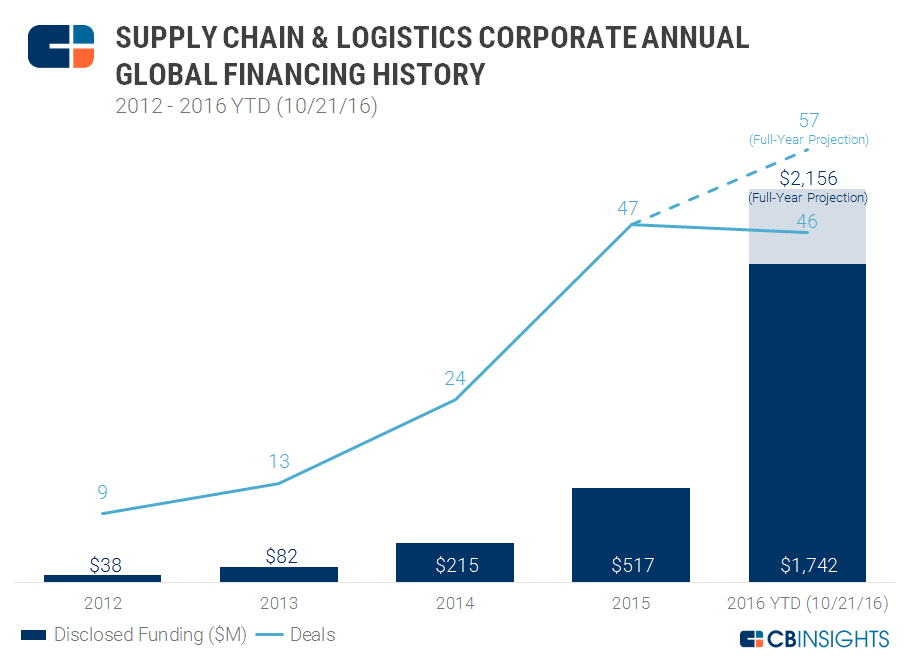 The quarterly numbers put the recent growth in corporate activity into clearer focus. In terms of dollars coming from deals with corporate investors, Q3’16 with $1.4B in funding represents 623% growth over Q2’16.

The same quarter, Indonesia’s Go-Jek raised a $550M Series B, which was backed by more than a half-dozen investors, including Rakuten Ventures. 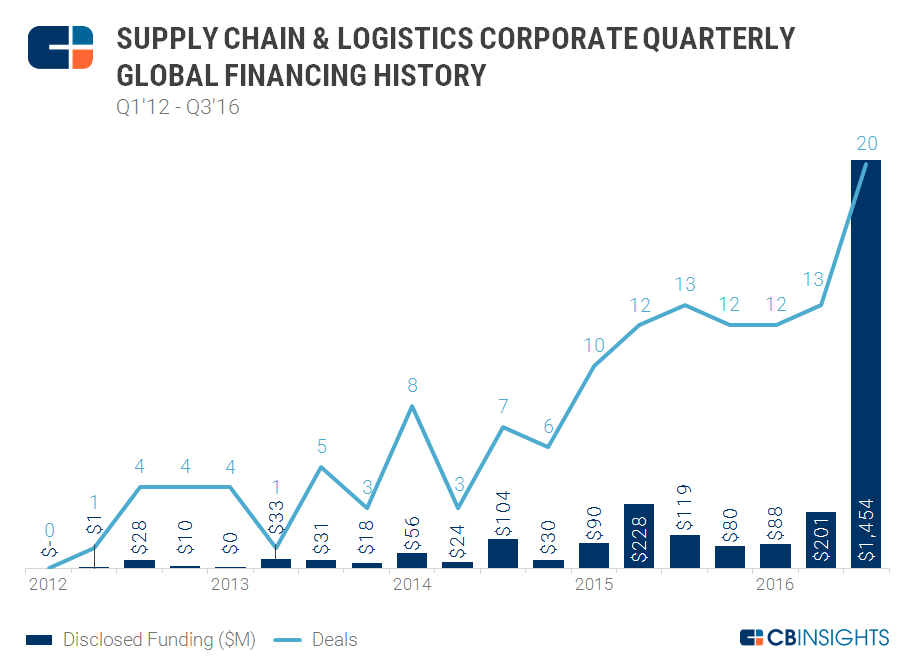 As compared to previous years, the most notable difference is the increase in later-stage financing this year. Corporates are actively participating in late-stage Series E and growth rounds, accounting for 45% of deals thus far. In general, the distribution of corporate-backed supply chain and logistics deals by stage has fluctuated heavily from one year to the next. 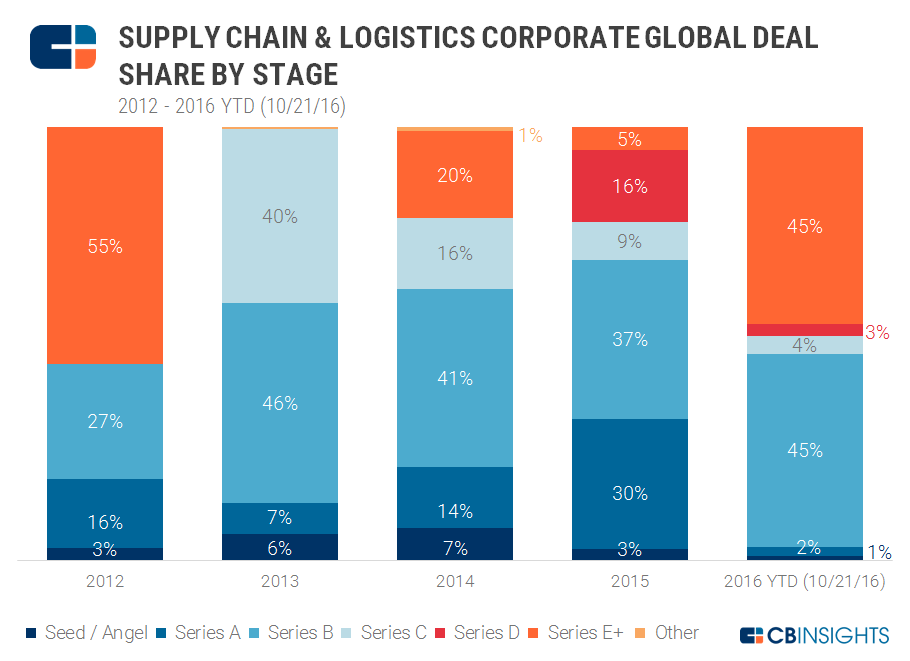 The top 5 corporate investors by deal count include investors from tech stalwarts such as Google, Qualcomm, and Tencent, along with global logistics giant UPS.

Qualcomm Ventures, the investment arm of Qualcomm, was the most active corporate investor, participating in over 5 deals since 2012. Most recently, the company participated in the $2.5M second tranche of a Series A to e-commerce delivery company Mandae Technologies. Other investments include drone delivery company Flirtey ($3.75M seed VC), messenger delivery service Loggi ($14.1M Series B), and e-commerce pick-up service Curbside ($25M Series B).

Want more data on top supply chain and logistics tech startups? Log in to CB Insights or sign up for free below.