2016 is on track to be the third-straight year where smart money VCs have kept up the pace of 15 annual deals to startups in the space.

The top venture capitalists increased the pace of their deals to supply chain and logistics tech startups in Q3’16. At the current run-rate, deals are on track to match 2015 totals. This would be the third-straight year in which smart money investors participated in 15 deals to the category.

In 2016 year-to-date (10/26/16) the top VCs have participated in 12 financing rounds to startups operating in the supply chain and logistics space, with funding from those deals totaling $215M. At the current run-rate, total projected deals are on pace to reach ~15, the same as last year’s total, while funding is on track to see more than $250M invested, which would be a decrease from last year’s total.

The largest round involving smart money included First Round Capita, which invested in freight-forwarding company Flexport‘s $65M Series B. 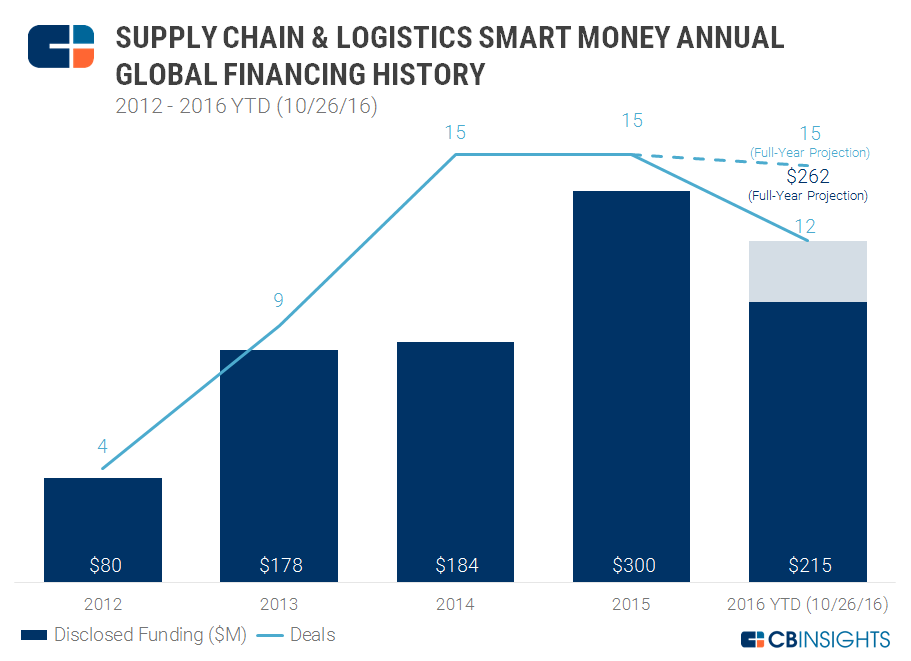 Q3’16 included Flexport‘s $65M Series B, as well as a $22M Series B to truck brokerage startup Transfix. 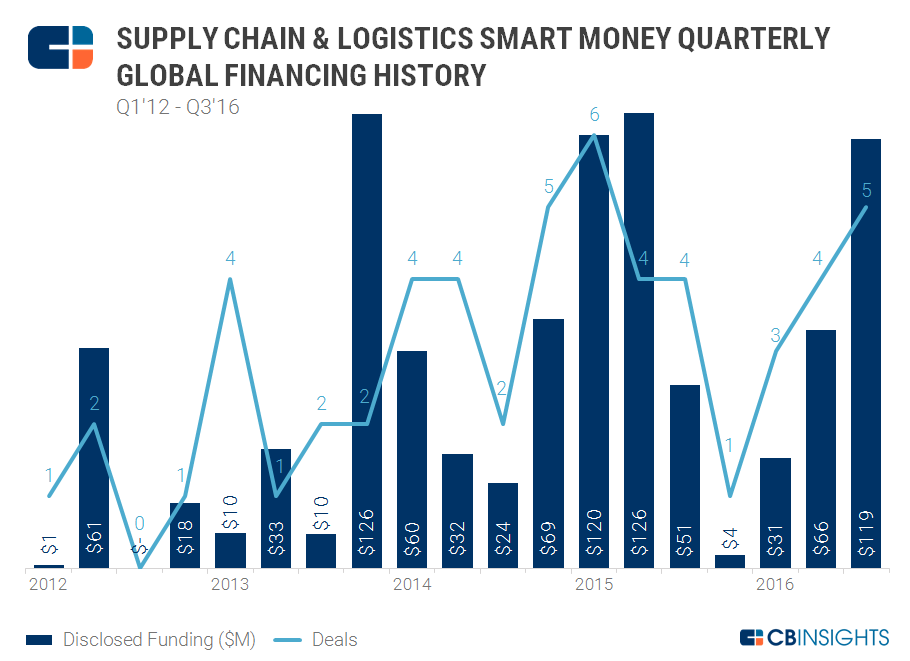 We used our Business Social Graph to visualize how smart money VC investors and their portfolio companies in the supply chain and logistics space are interrelated.

Kleiner Perkins Caufield & Byers and Lightspeed Venture Partners both invested in enterprise resource management software company Kenandy in the company’s Series B and second Series B tranche. KPCB had also invested in Kenandy at the seed stage.

General Catalyst Partners and Redpoint Ventures both invested in crowd-sourced same-day delivery startup Deliv. Both smart money investors participated in the seed round ($1M) in 2013 but notably passed on any follow on rounds through Series C. The company has raised $40.4M to-date.

Kleiner Perkins Caufield & Byers (with 6 investments), New Enterprise Associates (6), and Andreessen Horowitz (5) were the most active smart money VC investors in the space. Sequoia Capital, our top smart money VC, participated in investments to supply chain and logistics tech startups earlier than 2012, but has had no investments in the category since 2012. 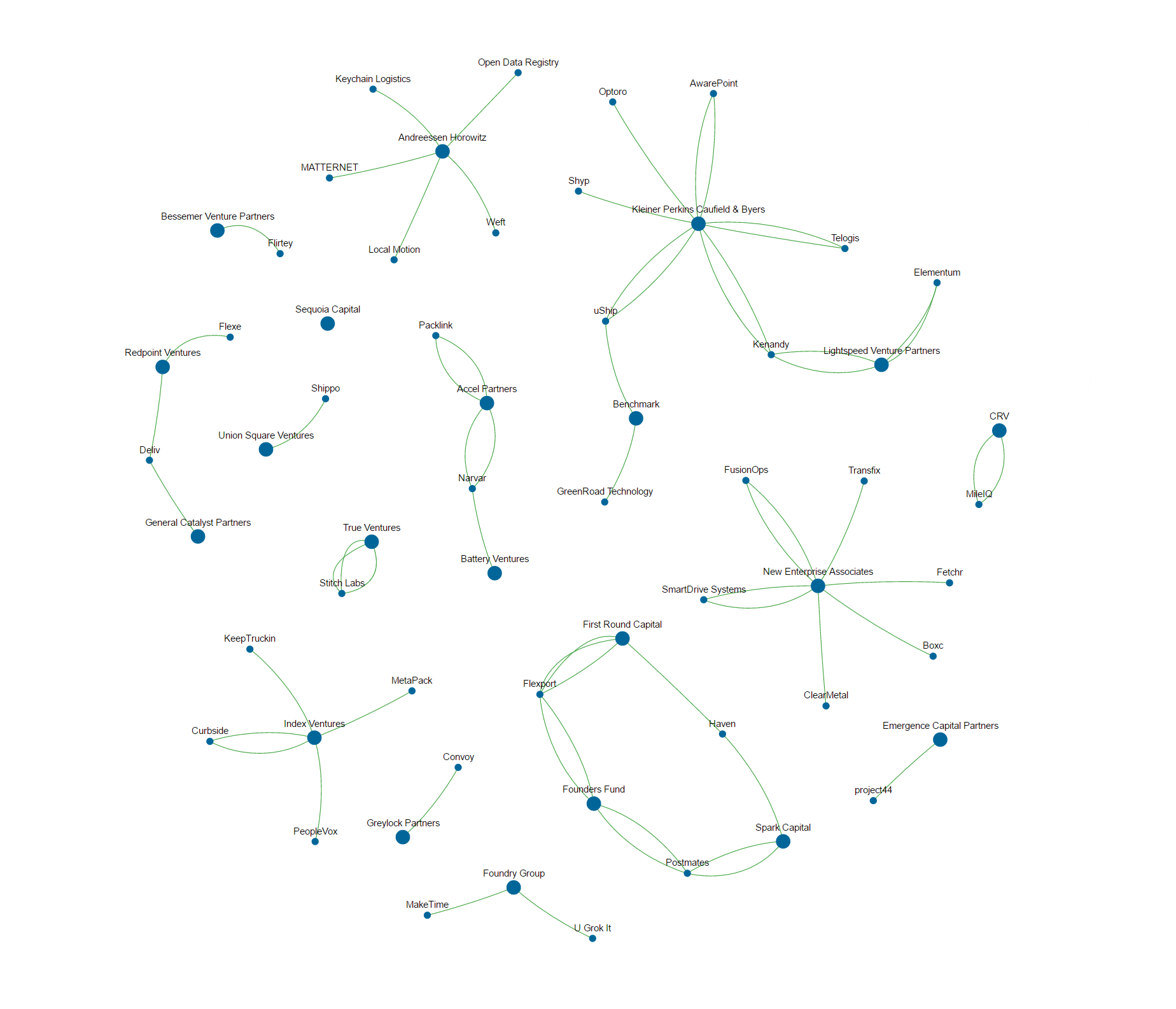