As subscription e-commerce startups have proliferated, targeting everything from apparel to pet care to leisure activities (as detailed in our subscription market map), their fortunes have also diverged: JustFab looks headed toward an IPO, while Unilever just made waves with its recent acquisition of Dollar Shave Club for $1B. Still others, like BeachMint, have failed.

Are investors once again buying into the recurring shipments model? We used CB Insights data to put numbers to the trend. Funding to subscription e-commerce startups has been erratic over the past five years, however, Q2’16 saw deals increase for the second consecutive quarter to a five-year high. If deals continue at their current rate, 2016 full-year deal count may grow 40%+ to a new peak.

Subscription e-commerce startups attracted 19 funding rounds in Q2’16, up from 12 the prior quarter and 9 in Q4’15. Q2’16 also tied Q3’15 for peak deal volume, however total funding came in well below that quarter’s total.

Quarterly funding increased to $98M, driven by a $60M Series C to BarkBox. “Geek gear” subscription service Loot Crate earned the second-largest deal in Q2’16 with its $19M Series A, followed by an $11M Series A to Shanghai flower service FlowerPlus.

This is a notable jump from Q1’16, when the largest deal was a $3M seed round to Lola, a subscription tampon service.

No other company raised more than $10M that quarter, illustrating a concentration of dollars at the top. 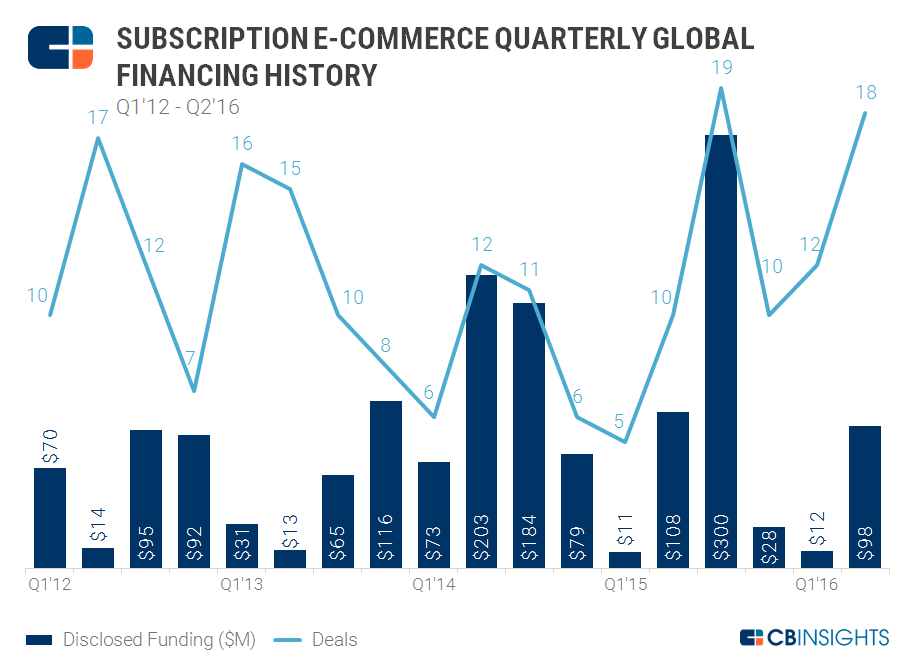 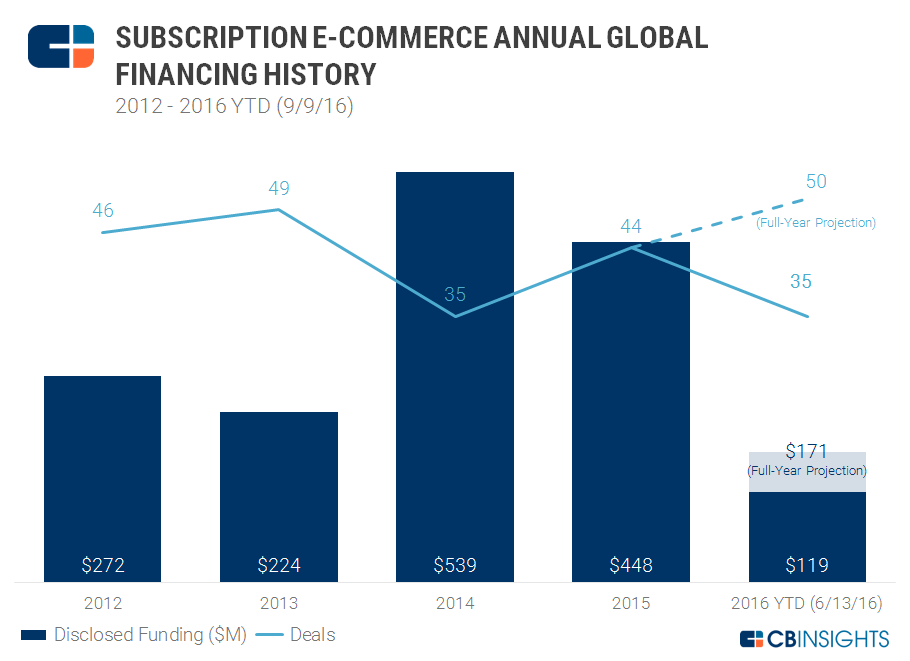 The most well-funded subscription e-commerce startups backed by VCs mainly focus on beauty and grooming. Our top ten list includes one shaving company, Harry’s, and four cosmetics companies, Ipsy, GlossyBox, Birchbox, and Julep Beauty. Prior to its acquisition by Unilever, Dollar Shave Club was on this list as well.

Want more data about e-commerce funding deals? Login to CB Insights or sign up for free below.