Funding dollars to subscription e-commerce startups hit a 11-quarter low in the last quarter at $35M, down 90% compared to the same quarter a year prior. Over the longer term, funding is down even more dramatically from the peak of $317M in Q3’15.

On the other hand, deals have held relatively steady, passing the 10-deal mark in five out of the last six quarters. 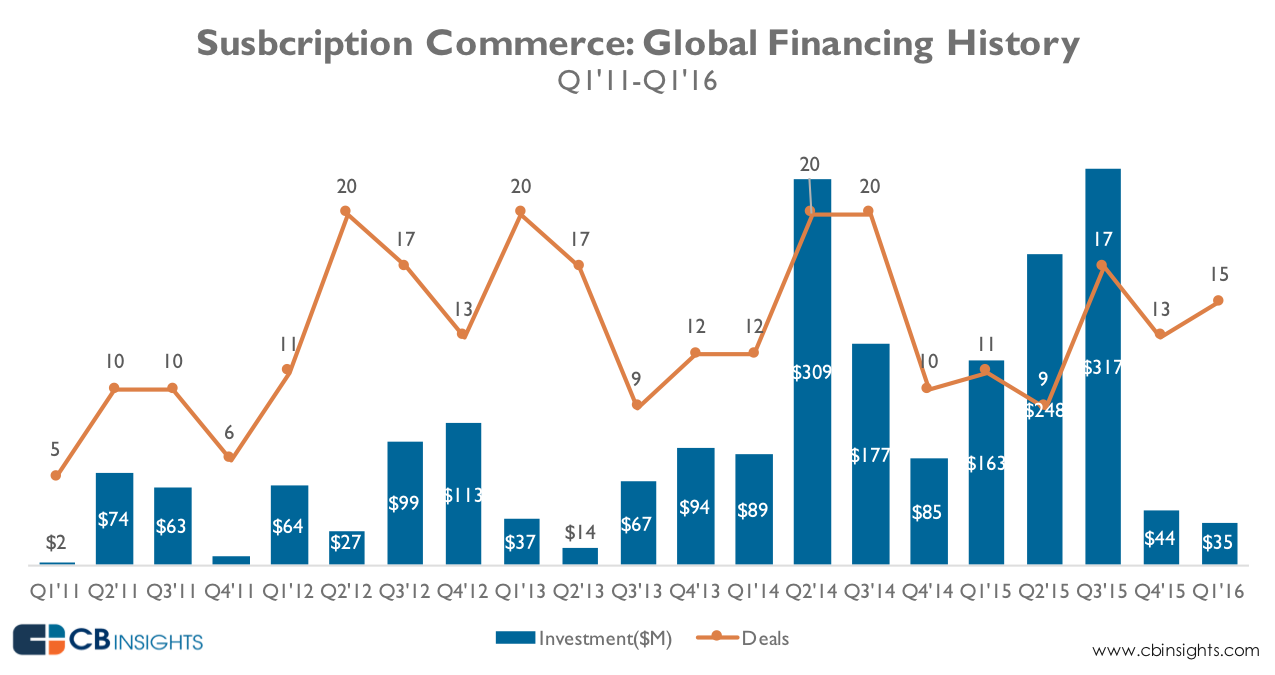 Over 70% of the deals over the last 5 years went to early-stage (seed/angel and Series A) startups. However, in 2015 early-stage subscription e-commerce startups saw less deals, 30 deals, compared to over 45 in the previous year.

Late-stage startups using a subscription model had a minimal deal share over the last 5 years, 4%. 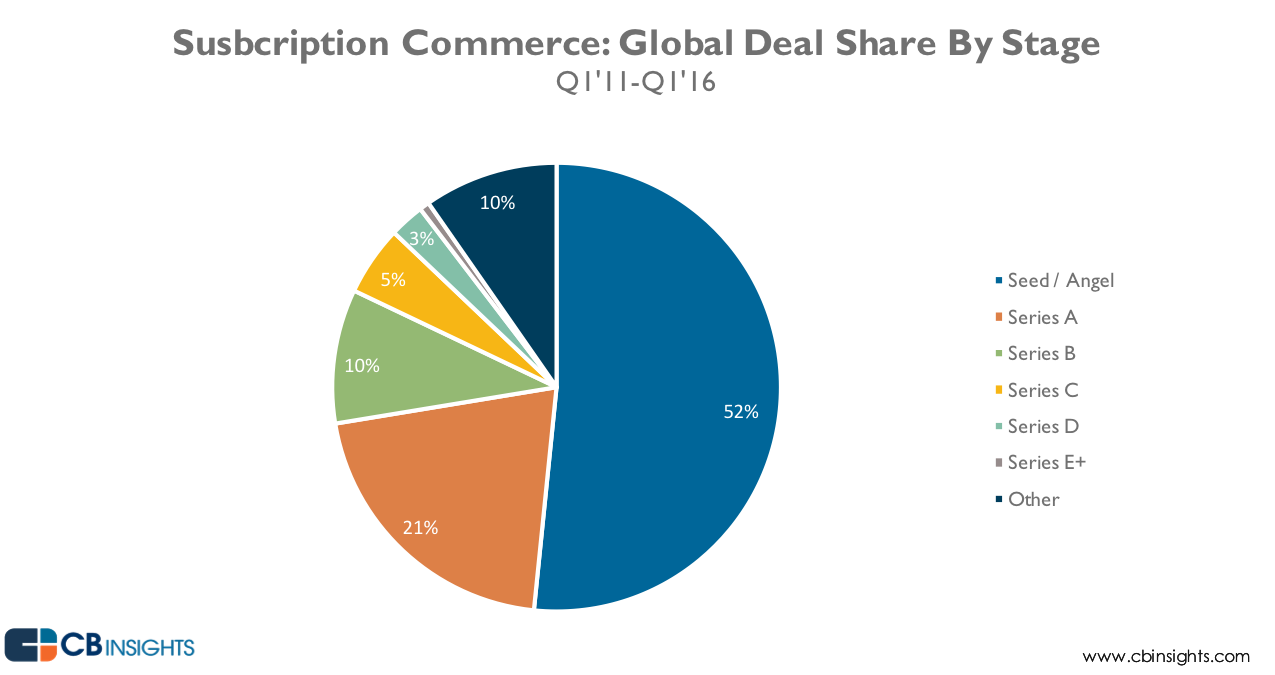 500 startups was the most active VC investor into subscription e-commerce startups, having backed over 10 unique subscription e-commerce startups, including FabFitFun, Sproutkin, and Ipsy. Accel Partners ranked second. It recently invested in companies including TeaBox and Birchbox, but its investment activity in this sector has slowed since 2011.

The rankings below are based on equity financing.

Want more data on subscription commerce companies? Login to CB Insights or sign up for free below.