Funding to stealth mode startups increased 140% year-over-year in 2020, as many companies chose to stay under the radar during Covid-19.

Deals and funding for companies operating in stealth mode – a phase of temporary secrecy regarding the product, brand, or other aspects of the business – have increased in recent years. 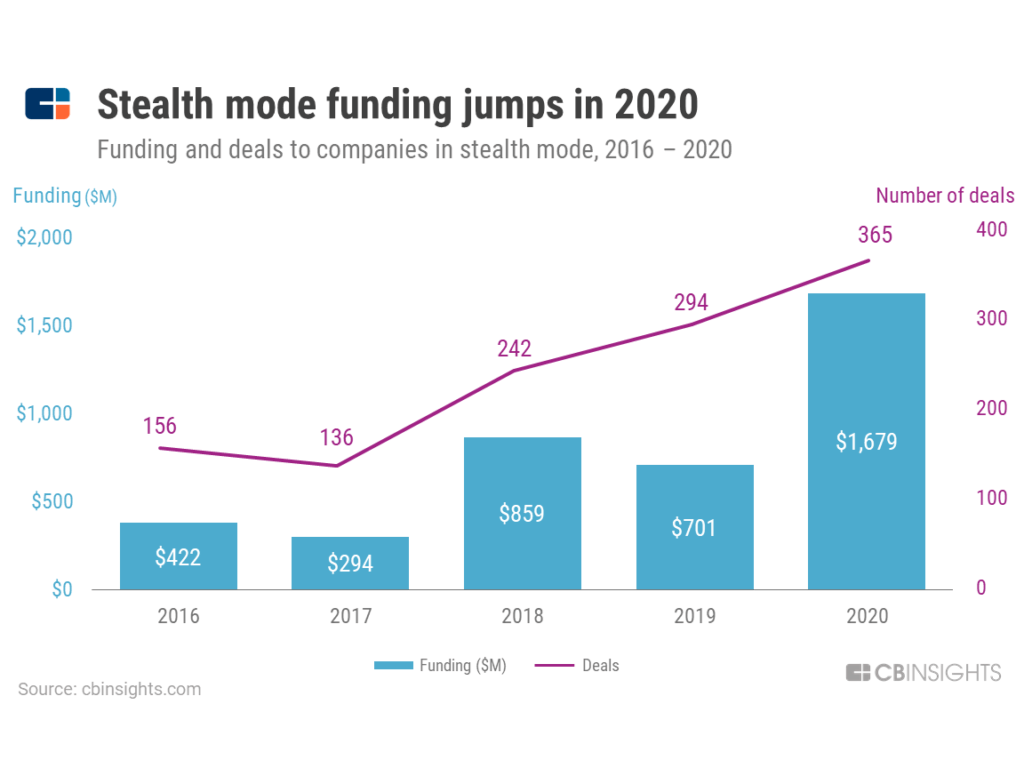