The UK leads the European market, with 7 companies valued at $1B+ in the private markets.

There are 174 private unicorn companies globally valued at a billion dollars or more as of 10/31/16, according to our unicorn tracker.

We used the CB Insights platform to examine which countries are home to the most unicorns, i.e. private companies valued at $1B+.

The US still claims the majority of unicorns around the world. Of the 174 unicorns currently running wild, 96 (or 55%) are headquartered in the US. China places second internationally, with 37 of the world’s unicorns, and India trails further behind with only 8. As a continent, Asia collectively has 55 unicorns. Additionally, Europe has 19 unicorns, with the United Kingdom (7) and Germany (4) the headquarters of 11 unicorns in aggregate. 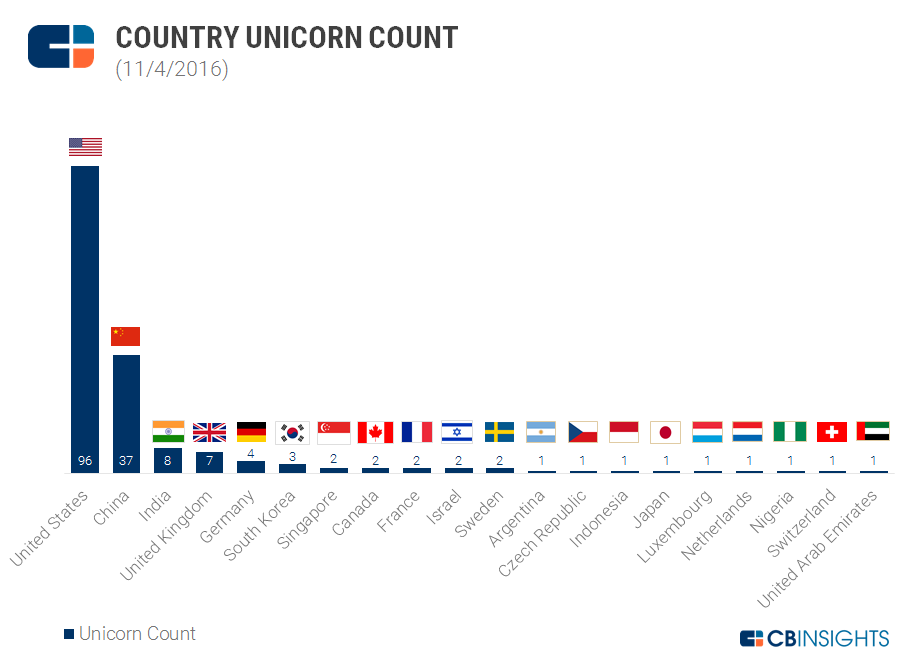 However, of the 32 startups achieving a $1B valuation for the first time in 2016, 40% were in the US and 30% were in China. The two countries are on near-equal ground with respect to new unicorns. And while the US may have an advantage in its total unicorn count, 2016 has not been a strong year for the US in minting new unicorns compared to 2014 and 2015. 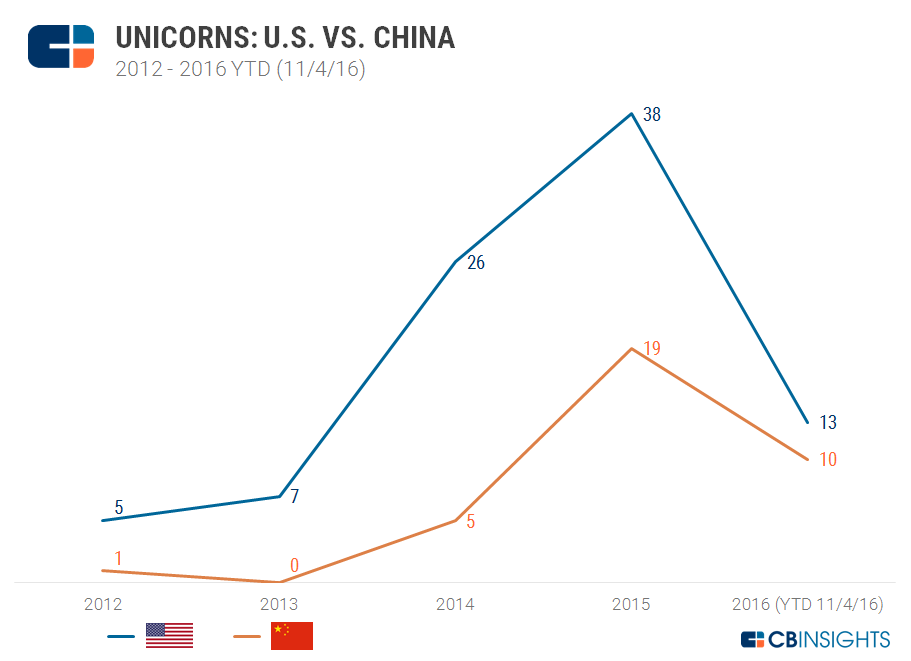 Note: keep up to date with the world’s $1B+ private companies with the CB Insights Unicorn List.