Research Brief
2158
Despite the lack of exits, investors keep plowing money into tech companies. So far in 2015, less value was created via exits than money invested.

For the first time in recent years, more money is now going into tech startups than is coming out in the form of exits.

Using CB Insights data, we analyzed the amount of capital being invested into US VC-backed tech companies each year against aggregate exit valuations.

This trend is driven by companies staying private longer and raising mega-rounds in private markets, yielding companies that have raised sizable war-chests with valuations that are only validated on paper. Also, annual funding has continued to grow even as exits have stagnated. 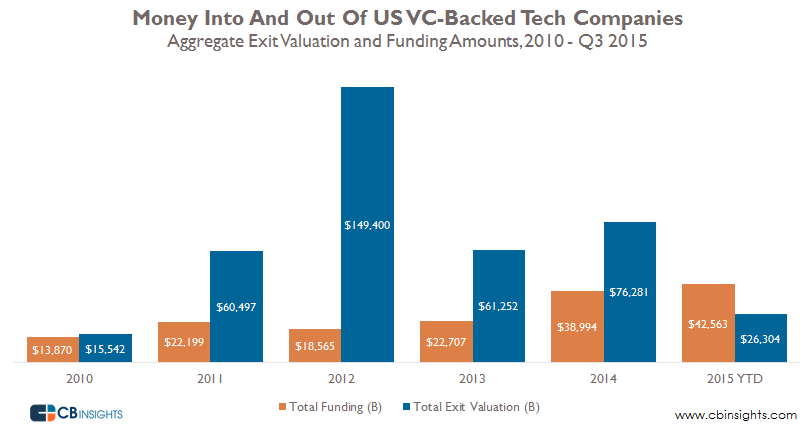 Some interesting points to note:

While 2015 may still yield some large exits, it’s also probable that large funding rounds will continue, meaning the $16B gap is unlikely to close.

**Analysis did not include debt or grant rounds, and only included first exits and the funding rounds leading up to that