Research Brief
2281
Among all US alcoholic beverage producers funded since 2013, 56% were breweries, as the craft beer movement continues its rise.

Investors are increasingly taking an interest in the food and beverage landscape including packaged food brands like Exo and Hungry Root. However, with the rise of the craft brewing and distilling movement, will that same appetite extend to the producers of beer, wine, and spirits?

The data: investment activity pops in 2014

We looked at all investments into US-based alcoholic beverage producers (breweries, distilleries, and vineyards) and found that 2014 had a large uptick in deals, with 143 investments in the year, up nearly 42% versus the 2013 total of 101.

This year has seen 105 deals year-to-date through 12/3/15, with smaller investments into craft breweries and distilleries accounting for the majority of deals. Recent fundings include Brooklyn Distilling Co. and The Virginia Beer Company, among others.

While overall deal activity is on pace to finish below 2014’s large number, as smaller spirits producers continue to raise funding, the large exits we’ve seen in recent months — including Constellation Brand’s $315M acquisition’s of wine company Meiomi and of Ballast Point for $1B in November 2015 — could encourage further activity in 2016. 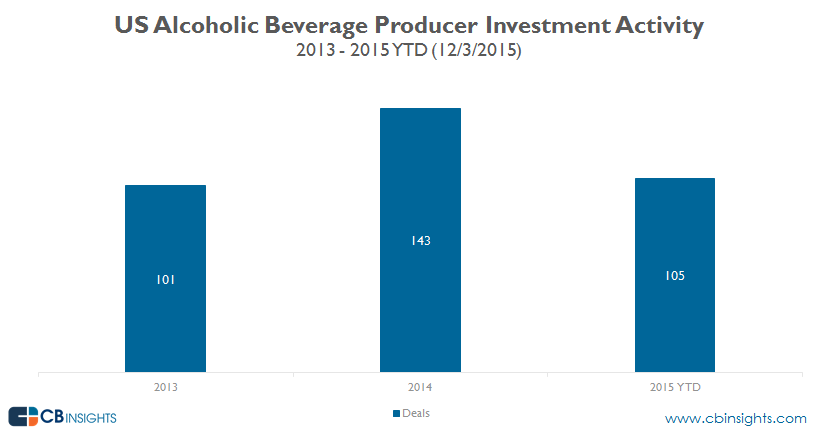 When digging further into the data, we found that among all US alcoholic beverage producers funded since 2013, 56% were breweries, followed by distilleries at 32%. Wine vineyards came in third at 12%. Most of these producers have raised small amounts of money, however  companies such as Hall Wines which has cumulatively raised $30.55M and Windy Hill Spirits ($13.67M in total funding) stand out among some of the more well-funded, still-private entities today. 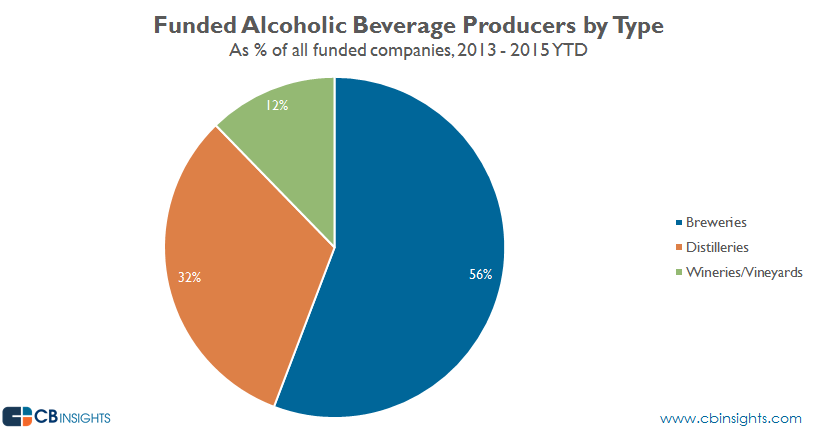 The catalysts: craft breweries and distilleries are proliferating

So what is driving this continued investor interest? The rise of breweries has been well-documented in recent years, with the number of craft breweries in the US topping 3,000 in 2015 and craft beer sales over doubling since 2011. 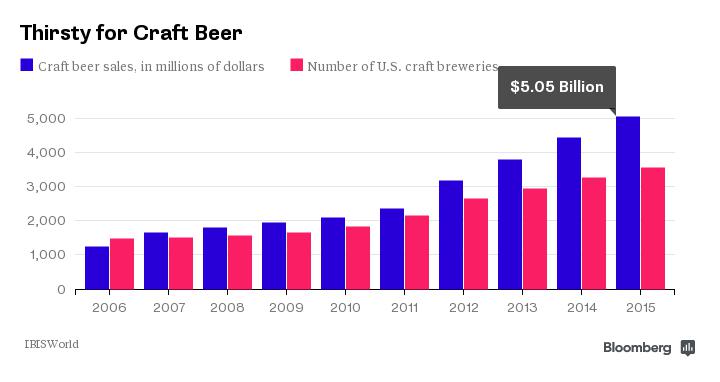 The increase in the number of breweries has also been paralleled by the rise of the craft liquor distilling movement, which has seen explosive growth, with the number of craft distilleries in the US nearing 600 in 2014. 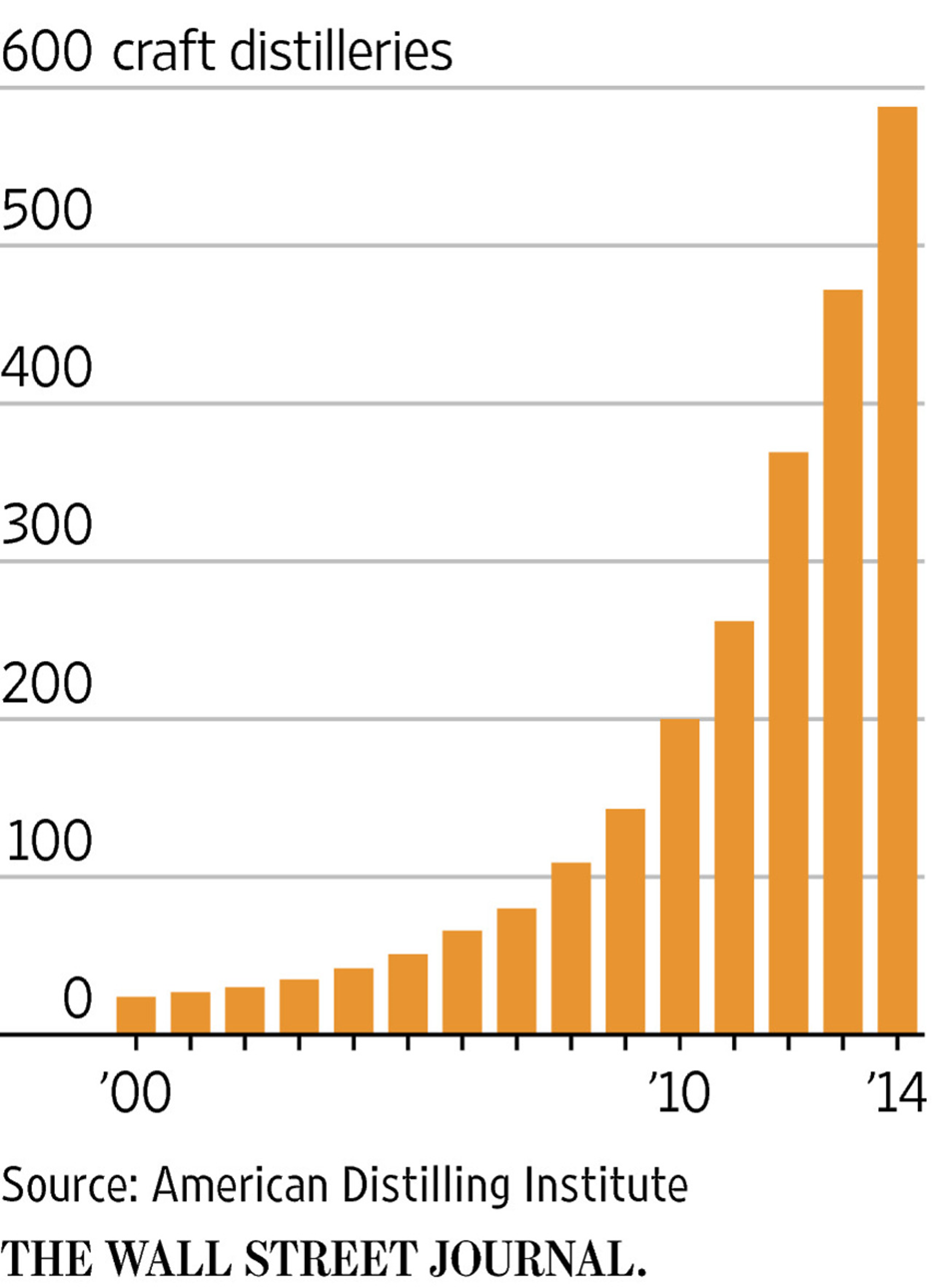 Want more data on food and beverage financings? Login to CB Insights or sign up for free below.